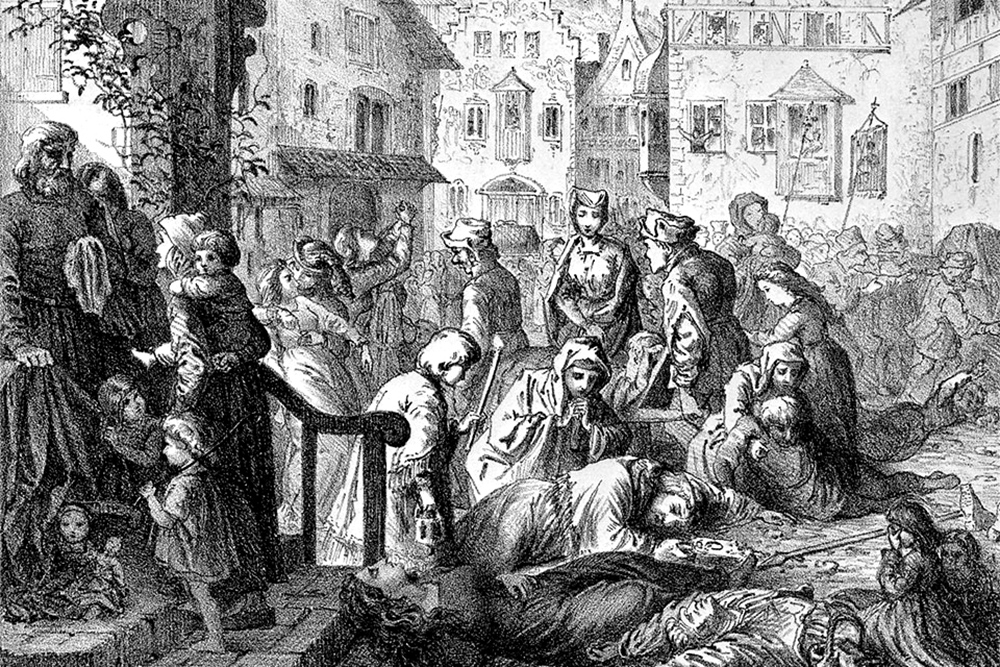 We had bubonic plague in the 17th century and influenza in the 20th, to use just two examples—but never quite in this universal a manner. Photo Credit: Louisville.edu

When authoritarian regimes lie to their own people about a worldwide, contagious disease, their lies have an impact on those of us who are otherwise mercifully spared from living under their direct jurisdiction

Has the world ever been this perfectly synchronized? Whether you wake up in an isolated hamlet in one part of the globe or a teeming city in another, whatever your language or your time zone, whether your country has a functioning health-care system or one starved of resources, whether you are a corporate executive or in the middle of first grade, all the talk and all the focus has been consumed by the coronavirus and its associated disease, COVID-19.

I am far from being the only writer to observe that the current situation has a perilously novel feeling about it. True, we have been here before—we had bubonic plague in the 17th century and influenza in the 20th, to use just two examples—but never quite in this universal a manner. And true, the destructive character of the coronavirus is less deadly when compared with previous disease outbreaks, both old and more recent; but then again, what is so striking about this pandemic is not the (so far) relatively small proportion of deaths among those infected, but the abrupt manner in which the world has been forced to rethink its most basic assumptions.

In many ways, the 19th and 20th centuries were defined by what some historians have called the “conquest of distance,” a process combining technological ingenuity and sheer bravery that eventually enabled human beings to traverse, in hours or days, those land masses and oceans that would have taken weeks, months or even years to cross in previous centuries. This victory over time and space—achieved through ships, trains, the telegraph, the telephone, passenger aircraft, satellites, the Internet and much else—meant that more of us were spending more time together in ever-growing numbers, in closer proximity and in different parts of the planet, than ever before. And pretty much everyone agreed that this was what was meant by the word “progress.”

In a matter of weeks, however, this much-heralded interconnectivity has gone dark. Supermarkets have run out of basic goods and planes aren’t flying. Even our very own Judaism—at least as we have known it for three thousand years—is on ice, as we start exploring the meaning of religious practice in a world where those in charge of public-health protocols are increasingly empowered to regulate and even shut down private or social contacts between human beings.

As the world’s authoritarian states have demonstrated throughout this crisis, there are certain regimes who take these powers for granted, and whose behavior wreaks far more destruction than this particular strain of virus ever could. As unprecedented as this crisis may be, the playbook of these states is little changed.

Take Venezuela, where the regime of Nicolás Maduro has imposed a lockdown. Ironically, for a regime that has waged war on the propertied classes in the name of the downtrodden masses, those who are really hurting from the lockdown are those who can’t afford to stay inside—a vast number of people, when you recall the economic devastation that Maduro’s policies have brought down on Venezuela.

Jose Luis Nieves, a 32-year-old unemployed citizen of Caracas, spoke for many Venezuelans when he explained to a journalist from the Reuters news agency, “if we don’t work, we don’t eat.” Mr. Nieves, who makes $2 a month by recycling cardboard and plastic that he finds in the street, added the alternative was that “my kids are going to die of hunger. We have to head out like always.”

Venezuela is certainly in no position to cope with a steep climb in coronavirus cases. A recent survey by Médicos Unidos, an independent NGO, found that only 25 percent of doctors had access to regular, reliable supplies of running water in their hospitals and clinics. Nearly 70 percent said that they did not have adequate supplies of gloves, masks, soap, goggles and scrubs. At the University Hospital of Caracas alone, 80 percent of health workers are said to be without protective equipment to treat patients who could be contagious.

In these dire circumstances, authoritarian regimes will never move to reassure their citizens. Instead, they willfully increase the climate of fear and distrust, the key to regime survival. As has been the case with its ally China, where the virus first coalesced, and Iran, now the epicenter of the virus in the Middle East, doctors in Venezuela similarly face repressive measures for calling out incompetence, indifference and corruption among government officials, or—again as in China and Iran—for even being transparent about the number of coronavirus cases they have encountered. “It’s better to say you don’t have any cases of corona, even if you have your suspicions,” Dr. Jose Manuel Olivares, an oncologist and opposition congressman who fled Venezuela last year, told The Wall Street Journal. “Call it a cold, another flu, or H1N1, anything but corona.

For decades, powerful strands of opinion in the West have defended the principle of non-intervention in the affairs of sovereign states, variously make their cases by invoking national interest, or moral inconsistency, or global stability as reasons to let systemic, grave violations of internationally recognized human rights go unpunished. That very same principle has, not coincidentally, been the foundation of the Chinese Communist Party’s foreign policy.

Now is precisely the time to question not only whether this principle is desirable, but whether it is tenable. Because when authoritarian regimes lie to their own people about a pandemic, their lies have an impact on those of us who are otherwise mercifully spared from living under their direct jurisdiction. Our leaders collectively failed to grasp this reality before the coronavirus hit; let us hope the right lessons are learned in advance of the next pandemic.

Ben Cohen is a New York City-based journalist and author who writes a weekly column on Jewish and international affairs for JNS.