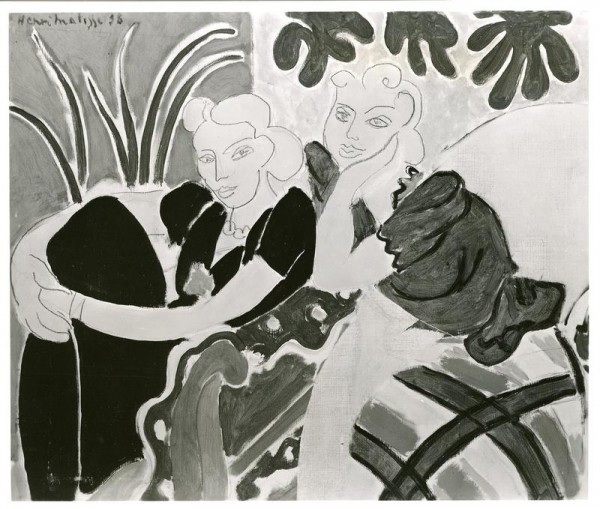 This painting by Matisse was looted by the Nazis and appears on the website www.errproject.org/jeudepaume, which documents the fate of over 20,000 art objects taken by the Nazis 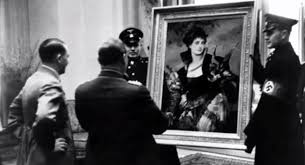 In 1933 when Hitler became Chancellor of Germany, he enforced his aesthetic ideal on the nation. The types of art that were favored amongst the Nazi party were classical portraits and landscapes by classical artists, particularly those of Germanic origin. Modern art that did not match this was dubbed degenerate art by the Third Reich and all that was found in Germany’s state museums was to be sold or destroyed, Paris Bonjour art blog recalled.

From 1939 to 1945, Hitler and the Nazis collected hundreds of thousands of works of art and millions of books confiscated or forcibly purchased from museums, private collections and libraries in Occupied Europe. Many Nazi party members were intent on taking advantage of German military conquests to increase their private art collections. It would seem that the idea of ridding Germany of “degenerate art” was essentially an excuse to rob Jews and others of their art collections.

Art dealers Hildebrand Gurlitt, Karl Buchholz, Ferdinand Moeller and Bernhard Boehmer set up shop in just outside Berlin, to sell a cache of near-16,000 paintings and sculptures which Hitler and Göring removed from the walls of German museums in 1937–38. They were first put on display in the Haus der Kunst in Munich on 19 July 1937, with the Nazi leaders inviting public mockery by two million visitors who came to view the condemned modern art in the Degenerate Art Exhibition. Propagandist Joseph Goebbels in a radio broadcast called Germany’s degenerate artists “garbage”. Hitler opened the Haus der Kunst exhibition with a speech. In it he described German art as suffering “a great and fatal illness”, as researched by Paris Bonjour.

The Leverkusen-based chemical company Bayer AG has returned on January 21 a painting by Oskar Moll to the Leipzig Museum der bildenden Künste (Museum of Fine Arts). Still Life with Poppies and Black Jug from 1916 had been in the possession of the company since 1951. A day later, the Federal Commissioner for Culture and the Media, Monika Grütters, is personally presenting three Nazi-looted artworks to the rightful heirs from France, DW reported.

For those who do not know Bayer, the drug manufacturer was complicit to Nazi atrocities.  Bayer was part of the IG Farben conglomerate, which strongly supported the Third Reich, the Bayer company was complicit in the crimes of the Third Reich. In its most criminal activities, the company took advantage of the absence of legal and ethical constraints on medical experimentation to test its drugs on unwilling human subjects.

The process of recovering art that was confiscated from the Nazi party is very difficult, it is even harder to trace the rightful heirs.

The NY Times recently returned to this fascinating subject which pops up every once in a while, in the mass world of media.  Sibylle Ehringhaus’ efforts to return Nazi artwork to its heirs was reported on in detail recently.

For three years, Sibylle Ehringhaus, a veteran provenance researcher, worked with the Georg Schäfer Museum in northern Bavaria to examine the ownership history of its 1,000 oil paintings and several thousand drawings, prints and watercolors according to the NY Times.

Ms. Ehringhaus’s job was, in part, to determine just how much of the collection was stolen during the rise of the 3rd Reich

The NY Times reported: after she had identified several plundered works, she said, no one seemed to have any plans to return them to the heirs of the original Jewish owners.

“I got the impression they didn’t want me there — they really made things difficult for me,” Ms. Ehringhaus, 60, said at a meeting in a Berlin cafe. “They needed me for appearances. I felt as though I was being used as a fig leaf”, she told the NY Times.

The owner of the museum purchased many works from Adolf Hitler’s personal photographer.

The NY Times reported: She was denied access to historical documents vital for her research, she said, and forbidden to contact colleagues at another museum with a research inquiry. So in December she rejected an offer to extend her contract for another year.

The Georg Schäfer Foundation says the art was bought legally and in good faith and that compensating victims of the Nazis is a state function, to be undertaken by the German government, the Times reported.

The museum itself is in a government building but the art itself is on loan from the private foundation set up by Mr. Schäfer.

The Times reported the following: The foundation said that returning art would also violate laws that ban foundations from divesting assets.

“The historical and moral responsibility to redress Nazi art plunder does not lie solely with the state,” she said in a speech at a conference on the Washington Principles in 2018. “We can and should expect much more engagement by private art collectors and the art trade”, German culture minister, Monika Grütters told the Times.

Essentially it would seem the The Georg Schäfer Foundation does not want to assist in returning the stolen and expensive art to its rightful owners, without proper compensation & the German government does not want to compensate either. The concept of rectitude is nowhere to be found on  this issue.