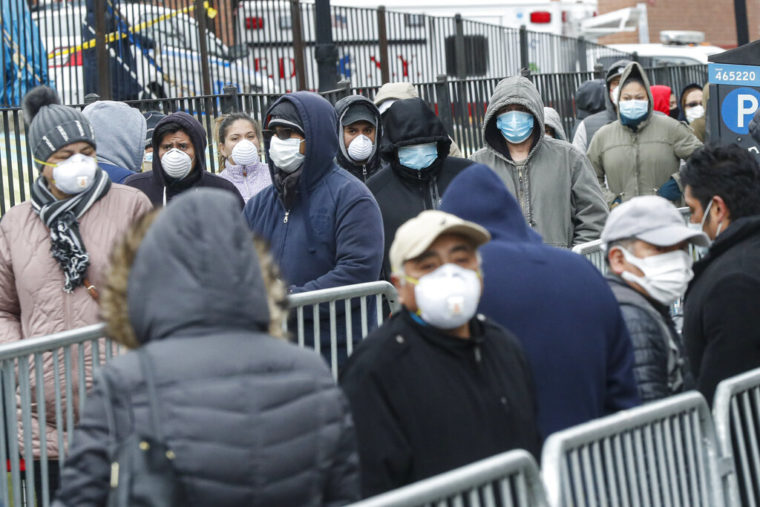 Elmhurst Hospital, part of the city’s public hospital system, said in a statement that the 13 deaths were consistent with the number of intensive care unit patients the hospital was treating at the time, USA today reported.

The death toll in NY has exploded since Wednesday, the Big Apple is being decimated by this horrific pandemic.

New York City’s death toll rose 110% from Tuesday morning to Wednesday night. The city is now responsible for roughly 30% of all U.S. cases of the disease and about 25% of all U.S. deaths, as per USA Today

“Elmhurst is at the center of this crisis,” the hospital statement said. “It’s the number one priority of our public hospital system right now.”

Elmhurst is a Chinese enclave  the second largest in Queens, the other Chinatown being located in Flushing.  Elmhurt’s population is almost half Chinese.

The hospital’s spokesperson says the number of deaths over just 24 hours is “consistent with the number of ICU patients being treated there”, NBC reported

The New York Times reported that some patients waiting for a bed at the 545-bed facility died in the emergency room, and a refrigerated truck sits outside to hold bodies.

Buzzfeed described this horrific scene in a shocking article: “Elmhurst is just getting destroyed. It’s very, very gruesome. The hospital has a 15-bed intensive care unit that would normally cover respiratory patients or patients with any significant illness requiring intubation, like pneumonia, liver injury, encephalopathy, or kidney problems,  What’s remarkable is that now, every patient is a COVID patient. And they’re all ARDS [acute respiratory distress syndrome, a life-threatening fluid buildup in the lungs] ”

Meanwhile ABC reported: ” One nurse who has worked at Elmhurst for over a decade, who previously dealt with multiple disease outbreaks and a hurricane, told ABC News, “I’ve never seen anything like this.” She described the emergency room as “absolute chaos. The facility is overwhelmed.” Another doctor said, “We’re running out of stretchers. We need chairs.”

A local NBC correspondent reported the testing lines at Elmhurst hospital stretching around the block.

The line for COVID-19 testing is already stretching outside Elmhurst Hospital in Queens.

It’s not even 7 a.m. pic.twitter.com/0Ajmnrh0Zx