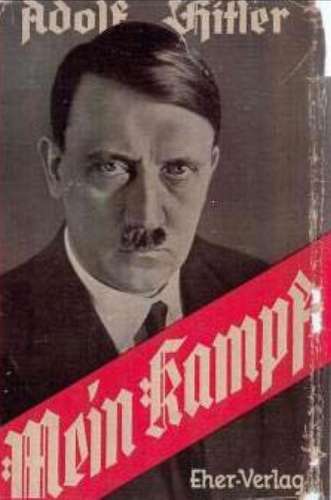 Late Last week the online retail-giant Amazon banned the sale of most editions of Adolf Hitler’s Mein Kampf and other Nazi propaganda books after being pushed to do so for decades by leading Holocaust-education charities and Jewish groups, The Guardian reported, however the NTY Times reported Amazon quietly reinstated most sales of the infamous Nazi manifesto.

Amazon has almost 100% of the online book marketplace at this point. As the NY Times pointed out:” Amazon is under pressure to keep hate literature off its vast platform at a moment when extremist impulses seem on the rise”. At the same time the online giant does not want to be seen as a company that is against the 1st amendment or to be seen as “book burners”

The Ny Times reported: “Over the last 18 months, it has dropped books by Nazis, the Nation of Islam and the American neo-Nazis David Duke and George Lincoln Rockwell. But it has also allowed many equally offensive books to continue to be sold”

It seems that Amazon does not have a clear policy as to what kind of books can be sold on their site and what should be totally prohibited.

Amazon initially informed booksellers that they will no longer be permitted to sell a selection of Nazi-authored books on the website, including Hitler’s autobiography and children’s books that incite anti-Jewish sentiment. In one email sent by Amazon, those selling secondhand copies of Mein Kampf were told that “they can no longer offer this book” because it breaks the company’s code of conduct, JNS reported.

An Amazon spokeswoman said in a statement on Tuesday that the platform provides “customers with access to a variety of viewpoints” and noted that “all retailers make decisions about what selection they choose to offer”, the NY Times reported.

The NY Times reported: After disappearing for a few days, “Mein Kampf” is once again being sold directly by Amazon. But secondhand copies and those from third-party merchants appear to be still prohibited, a distinction that sellers said made no sense.

But on Amazon’s subsidiary AbeBooks, which operates largely independently, hundreds of new and used copies of “Mein Kampf” are available.

Certain Nazi favorites are already banned such as the infamous “Protocols of the Elders of Zion”, a fabricated antisemitic  book  purporting to describe a Jewish plan for global domination, which every psychotic Nazi in the world quotes essentially as scripture.  Amazon has also banned “The International Jew,” the anti-Semitic propaganda published by the automaker Henry Ford in the early 1920s.

Amazon clearly does not have a defined policy as to what is acceptable and what is unacceptable. It seems more of a policy that they will decide on a whim what is hate speech and what is tolerable to be sold on their giant website.

The entire subject raises many hotly debated topics of censorship, hate speech and looking at such writings and hoaxes like “The Protocols of the Elders of Zion” from an educational and historical context.  People who favor banning hateful books have a seriously valid point, as do those who look at these books as history and can be used to learn lessons and educate. Do we ban Nazi literature to prevent future maniacs or do we allow everyone in plain site to see the hate and look at it, dissect it and learn from it?