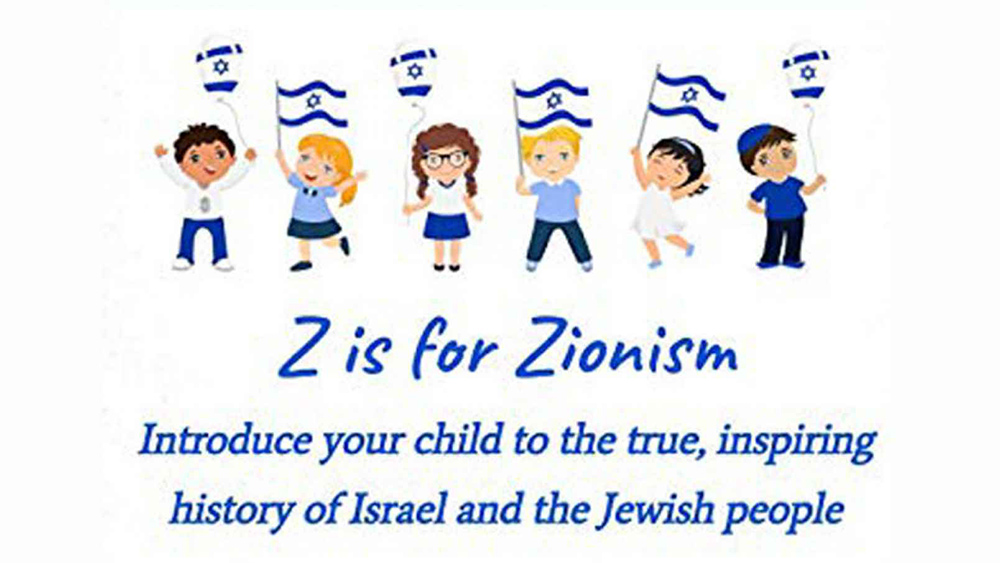 Z is for Zionism counters the many lies children are exposed to at school, as well as in the media, with regards to Israel.

Children can no longer grow up innocent. They are now inundated with the destructive values of leftist educators. At schools across America, young children are taught bizarre, anti-science gender theories. They are inflicted with climate hysteria; told that the world will end soon because of the weather, which sends them into panic and despair. They are taught that Israel is an oppressor, America is racist and President Trump is a fascist.

The David Horowitz Freedom Center has done an important public service documenting this alarming trend. For example, a high school teacher in Oklahoma told students that “to be white is racist.” A school in San Diego used CAIR (Council on America- Islamic Relations) material for a supposed anti-Muslim bullying campaign. CAIR’s leadership is comprised of anti-Israel zealots and is sympathetic to the Muslim Brotherhood terrorist network. Middle School students in Tennessee are taught that Islam is the supreme religion.

At many schools around the country, teachers are no longer allowed to say “boys and girls” in order to supposedly avoid offending the miniscule amount of students who may not identify with one of the two genders.

Third grade students in New York were forced to sit through a radical, anti-Israel presentation by Hamas propagandist, Ariel Gold. A high school in South Carolina used teaching material from Jewish Voice for Peace, an organization that is Jewish in name only, pro-BDS and as awful as Students for Justice in Palestine. A popular new children’s book, P is for Palestine, promotes violence against Israel.

Outside of school, the media and entertainment industry— which are dominated by the Left—reinforce these ideas. When Israel is forced to respond to Hamas terror rockets, we are told by CNN and the New York Times that Israel is the aggressor.

Much of the Jewish community in the U.S. has also adopted anti-Israel, leftwing values. Jewish groups such as IfNotNow and J Street, which demonize the Jewish State, are growing in strength. Too many fellow Jews, who mean well, don’t believe in proudly defending our identity and homeland. As a result, young Jews are growing up and embracing values antithetical to Judaism. As Dennis Prager consistently points out, most Jews have replaced Judaism with leftism as their religion of choice.

Is there any wonder why our universities are dominated by Israel-obsessed haters?

As you can see, there is a lot working against parents—both Jewish and non-Jewish— who wish to instill in their children good values.

We need to do a better job educating our children. And for this reason, I have written a children’s book, in my area of focus, as a small measure to push back against the misinformation that pervades society. Z is for Zionism counters the many lies children are exposed to at school, as well as in the media, with regards to Israel.

In an age appropriate manner, Z is for Zionism will teach students the following lessons:

– Israel as a force for good in the world

– Importance of Israel for Jewish self defense

Gone are the days when our children can avoid leftist brainwashing. The Left will not let our children be free of politics and will continue to force its destructive propaganda on them. We must fight back. I hope this book, in a small way, will help.

Ze’ev Zion is a pro-Israel activist living in California. He is the author of the new children’s book: Z is for Zionism. He can be reached at [email protected].