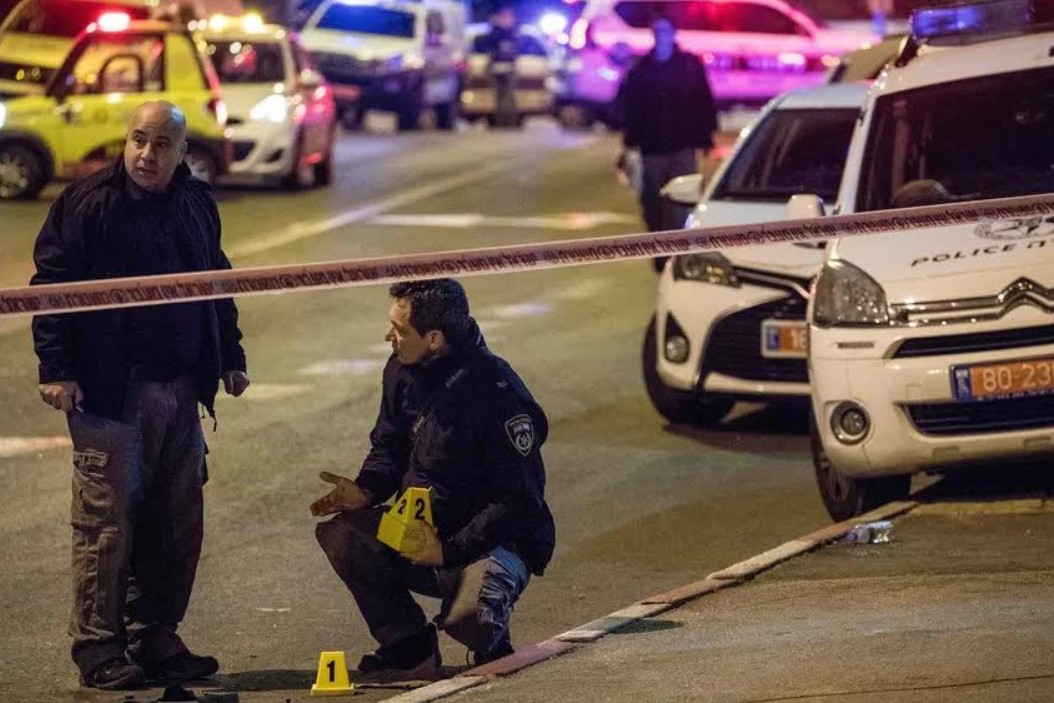 Police and Forensic team at the scene of a car ramming attack near the First Station center in Jerusalem, on February 6, 2020. Photo Credit: Yonatan Sindel/Flash90

An IDF combat soldier was severely injured in a car-ramming attack in Jerusalem early on Thursday morning, the Israeli military said in a statement.

Another 11 soldiers were lightly hurt, according to the statement.

World Israel News has reported that the terror attack took place near the First Station, an entertainment center located in the area of Liberty Bell Garden and not far from the King David Hotel in the Israeli capital.

“During the incident, a terrorist sped his car toward IDF soldiers who marched adjacent to the First Station in Jerusalem as part of a military activity,” said the IDF, adding that security forces “are currently pursuing the terrorist who escaped the scene.”

Police said that the car was apparently found in Beit Jala, a town outside Bethlehem.

The IDF said that the Golani Brigade soldiers were on a “Heritage Tour” on their way to a swearing-in at the Western Wall.

Prime Minister Benjamin Netanyahu said in a statement, “On behalf of all citizens of Israel, I send wishes for a quick recovery to the wounded soldiers. It is only a question of time – and not much time – until we apprehend the attacker. Terrorism will not defeat us; we will win!”

“We are praying for the recovery of the injured soldiers being treated in hospital today,” said President Reuven Rivlin.

“I am confident the forces pursuing the perpetrator will find him soon and bring him to justice. We will not allow despicable terrorism to raise its head and will fight it without compromise,” he added.

“We have to prepare for the possibility of an escalation in acts of terror,” said Deri, who is a member of the Israeli Security Cabinet.

i24 News has reported that Israeli security forces announced Thursday evening that they have captured a suspected terrorist believed to be responsible for the violent car ramming attack in Jerusalem.

“Following an extensive operational and intelligence efforts conducted with the Shin Bet (Israel Security Agency), Israeli Police Counter Terrorism Unit, and other security forces… Israeli troops apprehended the the [suspected] terrorist who carried out the car-ramming attack in Jerusalem overnight,” the IDF said in a statement.

The attack took place little before 2 am (Israel time) at Jerusalem’s First Station and left 12 IDF soldiers injured, one critically, according to Israeli Police.

Tension between Israel and the Palestinians have risen over the past week following the release of President Trump’s controversial Middle East Plan, angering Ramallah and leading to demonstrations in the streets.