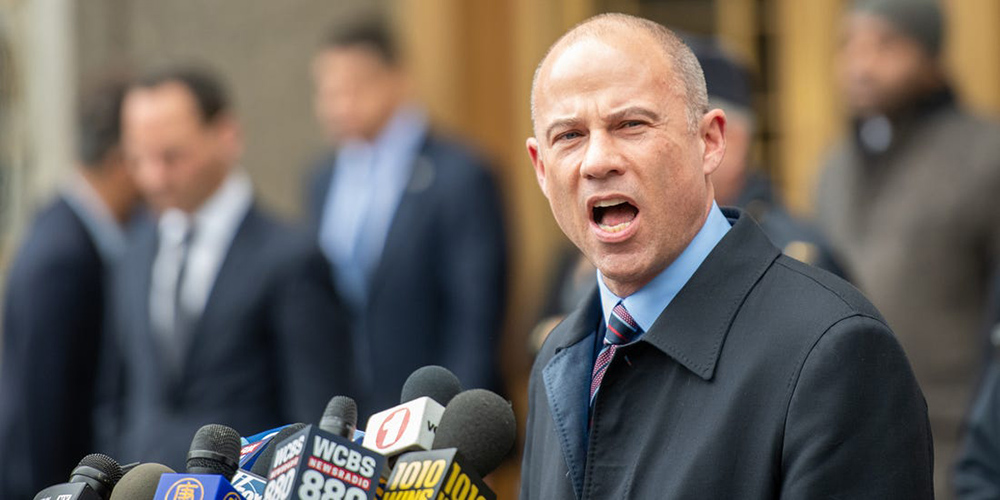 The tragi-comedy that is the closing act of sleazy lawyer Michael Avenatti’s professional life is being commented on by nearly everyone, including Stormy Daniels. Photo Credit: Getty Images

The tragi-comedy that is the closing act of sleazy lawyer Michael Avenatti’s professional life is being commented on by nearly everyone, including Stormy Daniels.

“Sadly, it appears what Michael Avenatti did to me was just the tip of an iceberg of deceit,” wrote Daniels on Instagram. “I am not surprised his dishonesty has been revealed on a grand scale. His arrogant, fraudulent and overly aggressive behavior became so pervasive that the jury found his true character.”

Avenatti – the darling of CNN and MSNBC pundits and someone laughably eyed by the Democratic Party as a possible presidential contender, was recently found guilty Friday of trying to extort up to $25 million from Nike.

“Today a unanimous jury found Michael Avenatti guilty of misusing his client’s information in an effort to extort tens of millions of dollars from the athletic apparel company Nike,” U.S. Attorney Geoffrey Berman said in a statement. “While the defendant may have tried to hide behind legal terms and a suit and tie, the jury clearly saw the defendant’s scheme for what it was — an old-fashioned shakedown.”

In a statement released to NBC, Avenatti attorney Scott Srebnick said his client “has been a fighter his entire life. The inhumane conditions of solitary confinement he has endured over the past month would break anyone but he remains strong. We are all obviously deeply disappointed by the jury’s verdict. We believe there are substantial legal grounds for the appeal that he plans to pursue.”

The would-be leader of the Democratic Party was dumb enough to let himself be captured on tape by the FBI as he spoke to Nike reps. “I’m not f—-ing around with this, and I’m not continuing to play games,” Avenatti told Nike officials, according to court papers. “You guys know enough now to know you’ve got a serious problem. And it’s worth more in exposure to me to just blow the lid on this thing. A few million dollars doesn’t move the needle for me.”

“This is what extortion sounds like,” noted Assistant U.S. Attorney Matthew Podolsky.

The man referred to as “the creepy porn lawyer” by Fox News’ Tucker Carlson “rose to fame almost two years ago when he brought a lawsuit on behalf of Stormy Daniels, whose legal name is Stephanie Clifford, saying her ‘hush agreement’ with President Trump was invalid because he never personally signed it. Daniels has said that she had an extramarital affair with the Trump prior to his candidacy, an affair the president has strenuously denied,” according to NBC News. “In the Nike case, prosecutors said Avenatti demanded that the sportswear behemoth pay a client of his $1.5 million and compensate him and his co-conspirator $15 million to $25 million to conduct an “internal investigation” for the company.”