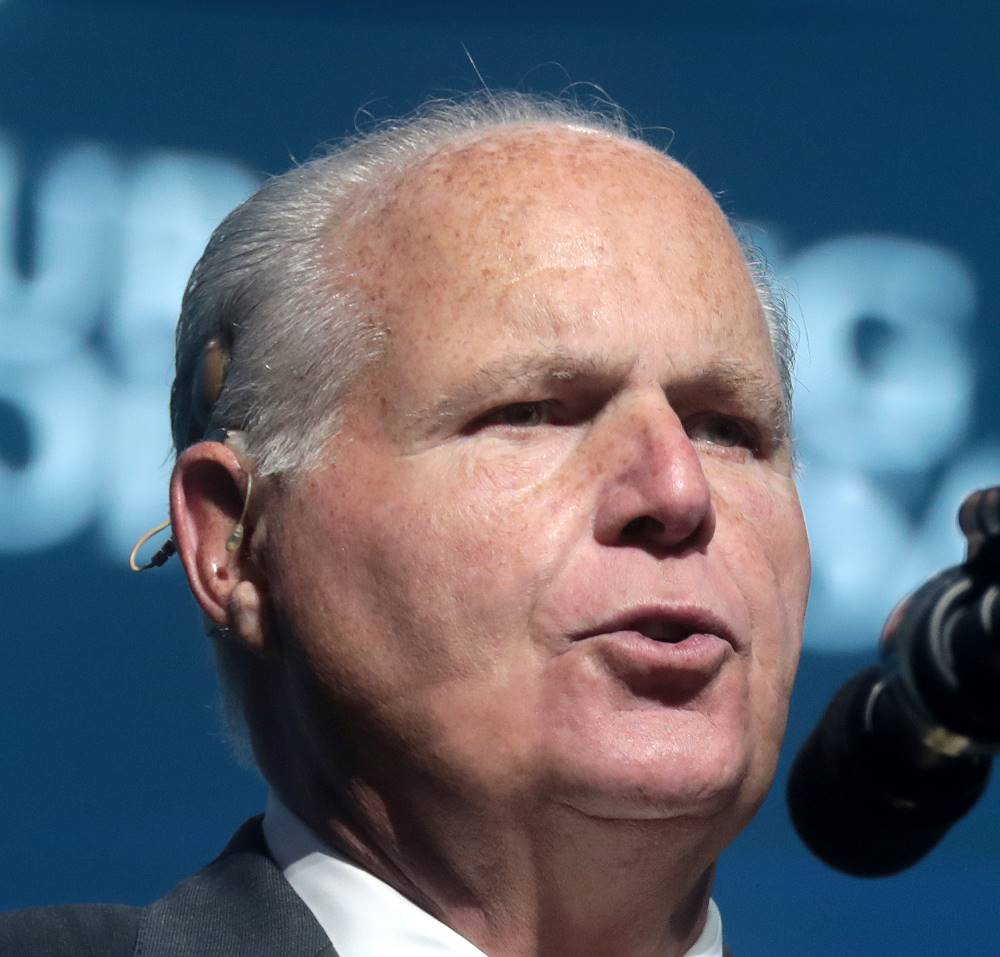 The king of conservative talk shows stunned his loyal audience with the grim announcement of his recent diagnosis of advanced lung cancer. Rush Limbaugh, 69, broke the news at the conclusion of his latest broadcast, with the additional news that he will be leaving the spotlight, while he undergoes treatment, with promises to be back soon. Photo Credit: Wikipedia

The king of conservative talk shows stunned his loyal audience with the grim announcement of his recent diagnosis of advanced lung cancer. Rush Limbaugh, 69, broke the news at the conclusion of his latest broadcast, with the additional news that he will be leaving the spotlight, while he undergoes treatment, with promises to be back soon. “I can’t help but feel that I’m letting everybody down” he acknowledged sadly. “The upshot is that I have been diagnosed with advanced lung cancer.”

The news comes as a great shock to many, who have come to praise him as one of the most influential talk-show hosts of all time. After the diagnosis was confirmed this past January, Limbaugh’s initial thought was to keep the devastating news to himself. “I thought about not telling anybody,” he said. “It is what it is. You know me, I’m the mayor of Realville. This has happened and my intention is to come here every day I can, and do this program as normally and competently and expertly as I do each and every day because that is the source of my greatest satisfaction professionally, personally.”

The Limbaugh Show premiered in 1988, and has since then won Rush a variety of awards. He is a five-time winner of the National Association of Broadcasters Marconi Award for “Excellence in Syndicated and Network Broadcasting,” a No. 1 New York Times bestselling author and a member of the Radio Hall of Fame and National Association of Broadcasters Hall of Fame. He also was named one of Barbara Walters’ 10 Most Fascinating People in 2008 and one of TIME’s 100 Most Influential People in the World in 2009.

Since his diagnosis the 69-year old has foregone further testing, and is dedicated to keeping to his normal repertoire. He has assembled a team of doctors thus far, who are collaborating with him to work on a treatment plan. Limbaugh has not had any symptoms after his initial shortness of breath, which is what led him to be diagnosed.

The life-altering realization has made Rush stop in his tracks and reflect on his personal relationships, with G-d and with the people in his life. “I told the staff today that I have a deeply personal relationship with God that I do not proselytize about, but I do, and I have been working that relationship tremendously”. He acknowledges his viewers as well, labeling the relationship he has with them as precious and close to his heart. Rush also says that his listener base is the best collective listener he could ever ask for.

“The Rush Limbaugh Show” slowly climbed the trending list across social media, in the immediate aftermath of his grand reveal. Prayers and personal anecdotes flooded the Internet, with up to 27 million people tuning into 600 stations every week, as reported on his website. Fox News’ Sean Hannity used his own radio show to express his devotion to the icon: “I don’t think talk radio would ever be anything like it is…” he said. “… if it wasn’t for all that Rush has done.”