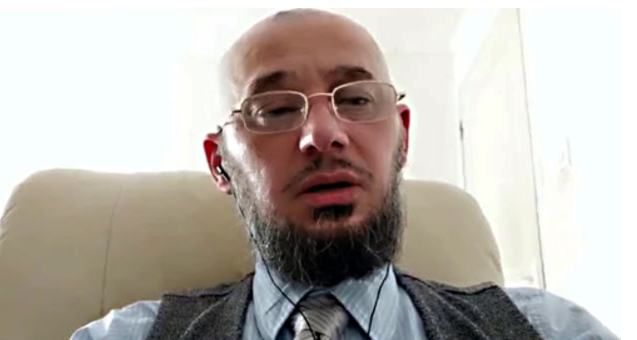 Chechen blogger Imran Aliev, 44, a critical blogger who often targeted Russia and Chechnya, has been found dead in the French hotel Lille with his throat slit and 100 stab wounds. Photo Credit: WikiAboutWorld

Chechen blogger Imran Aliev, 44, a critical blogger who often targeted Russia and Chechnya, has been found dead in the French hotel Lille with his throat slit and 100 stab wounds. Police are currently investigating the possibility of political motivation, according to reports.

A reporter from The Business Insider reported that at least 15 people have been killed by Russian hit squads in the UK, including innocent bystanders, since the attempted assassination in 2018 of Sergei and Yulia Skripal with a nerve agent in Salisbury, England, as well as the daylight assassination of a Chechen dissident in a crowded Berlin park last year.

According to an anonymous senior police official from France, the blogger had political refugee status and was residing in Belgium under police protection due to “threats out of Russia and Chechnya over his opposition blogging”.

“We had him under police protection for a reason,” a Belgian law enforcement official told Business Insider, disclosing that there had been “specific and credible threats on his life from certain political sectors in Chechnya and Russia.”

It has not been confirmed nor denied if Aliev’s Belgian security detail knew of his escape to France. The blogger had escaped from Belgium on January 29; he had gotten into the hotel with a 35-year old Chechan man who was traveling on a Russian passport. The man he was traveling with has disappeared since the breaking news of the murder. Police were able to tentatively identify the man by his travel documents.

Aliev’s butchered body was found only hours after he checked into the hotel Jan. 30, with a knife found next to him. The hotel manager discovered the body after the pair had failed to check out on January 30. The murder “bears all the characteristics of having a political motivation,” a source close to the investigation told AFP.

“Obviously, considering Aliev’s history and previous threats, we need to examine the possibility of a state intelligence service in this murder,” the senior police source told Business Insider.

French officials say France had not yet contacted Russia for any assistance in the case. Lille police have yet to make any arrests, AFP said.

The day before Imran’s death, his wife and four children were told that he was going to France “on business” for a day, after an unknown man showed up from Chechnya on the eve of the incident.