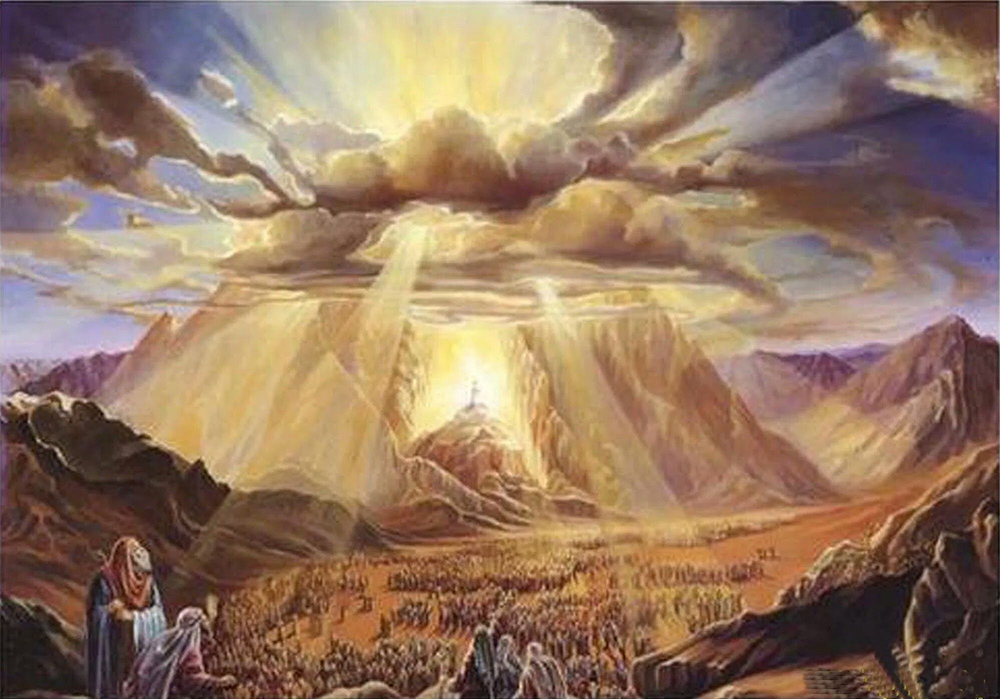 The highlight of this week’s parashah is the Giving of the Torah. In preparation for that event, Moshe was told to fence-off Har Sinai and to command Bnei Yisrael not to approach too closely

The highlight of this week’s parashah is the Giving of the Torah. In preparation for that event, Moshe was told to fence-off Har Sinai and to command Bnei Yisrael not to approach too closely. What was this intended to teach?

R’ Moshe Yechiel Halevi Epstein z”l (the Ozhorover Rebbe; 20th century) writes that fencing-off Har Sinai was intended to teach us humility. It teaches one to know his “place,” and to realize that he has not yet begun to “approach” where he should be spiritually.

Based on the foregoing, R’ Epstein answers a famous question posed by the 17th century work Magen Avraham. Since the Torah was given on the seventh of Sivan, why do we refer to the sixth day of Sivan as “Zman Matan Torateinu” / “The time of the Giving of our Torah”? (This reference is found in the Shavuot prayers.) The reason that the Torah was given on the seventh was because Moshe caused Hashem to delay for one day. However, that delay was itself part of receiving the Torah. (Be’er Moshe)

“And now, if you listen well to Me and observe My covenant, you shall be to Me the most beloved treasure of all peoples, for the entire world is Mine.” (19:5)

Rashi z”l comments: “If you will now take it upon yourselves, it will be pleasant to you from now on, for every beginning is difficult.”

R’ Shlomo Wolbe z”l (one of the senior educators and mussar- thinkers in Israel) elaborates: What is the “it” that we are being told to take upon ourselves? It is the idea that studying Torah is not optional; it is something we must do. Entering this world, this mind-set, is indeed difficult, as Rashi says, for we live in a world that surrounds us with imaginary attractions that distract us from engaging in intellectual pursuits. But in the end, it is pleasant.

R’ Wolbe adds: The greatest battle between truth and falsehood takes place the moment one opens a Gemara. Suddenly, a person is bombarded by memories of the past, worries about the future, and petty issues from the present. Man’s difficulty in concentrating on learning is not caused by a lack of ability, but rather by the fact that he is controlled by his imagination. The faster that one can sweep away such thoughts, the greater one’s chances of growing through learning.

On the other hand, one who does dive into the depths of learning and does nullify the distractions that try to stop him, feel the sweetness of Torah. This is what Rashi means: “If you will now take it upon yourselves”-if you will recognize the absolute obligation to study Torah and you will fight against the distractions that try to stop you, then “it-Torah study–will be pleasant to you from now on.”

R’ Wolbe offers some practical advice: Real learning takes place only with a chavruta / study partner. Only with a chavruta does the true meaning of the subject matter under study become revealed. When Torah is studied with a chavruta, the two students sharpen each other, and the Shechinah rests on them.

Of course, studying with a chavruta has its own dangers. On the one hand, there is the temptation to engage in idle conversation with one’s study partner. On the other hand, there is the temptation to show off and to “show-up” one’s chavruta. It is regarding these twin risks that our Sages said, “Torah only exists in one who kills himself over it.” In other words, one must negate his “self” and make the pursuit of truth his only goal.

What makes an ideal chavruta? The only criterion should be the speed at which one grasps the material. As for differences in style, these will actually enhance the relationship, as each study partner will make up for what the other lacks.

What is the significance of this parallelism? R’ Capsali explains: Hashem used the word “Anochi” at the beginning of the Asseret Ha’dibrot to proclaim to the world the greatness of the Patriarchs and that we received the Torah in their merit. All of the wonders associated with the Giving of the Torah-the cadres of malachim that “accompanied” Hashem and the honor that was shown the Jewish People beyond what any nation has ever experienced, all of that was in the merit of and in tribute to the Patriarchs.

Many commentaries ask: Why did Hashem say, “Who has taken you out of the land of Egypt,” rather than, “Who created heaven and earth”? R’ Moshe Isserles z”l (“Rema”; Cracow, Poland; 1525-1572) answers:

The early commentaries point out that the plagues in Egypt demonstrated three things: that Hashem has the power to do anything He wants, that Hashem watches over and is actively engaged with the world, and that Hashem is the Creator. Thus, writes Rema, the expression, “Who took you out of Egypt,” means exactly the same thing as, “Who created heaven and earth.”

This parallelism is alluded to in the Asseret Ha’dibrot themselves. On the first luchot was inscribed (20:11), “For in six days Hashem made the heavens and the earth, the sea and all that is in them, and He rested on the seventh day; therefore, Hashem blessed the Sabbath day and sanctified it.”