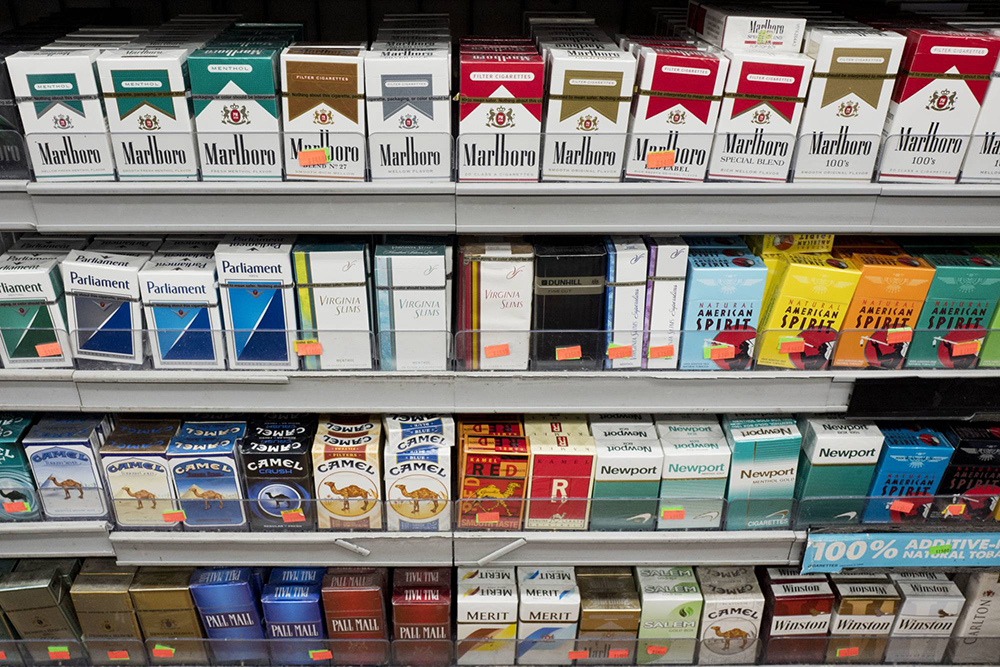 A Brooklyn bodega owner has allegedly devised a brilliant way to continue selling untaxed cigarettes. He has installed a remote-control shelf containing bootleg smokes, that remains hidden till he presses the button to reveal the contents. Photo Credit: Federal News Network

A NYC store is pursuing its own agenda at the expense of the city and the health of New Yorkers.

A Brooklyn bodega owner has allegedly devised a brilliant way to continue selling untaxed cigarettes. He has installed a remote-control shelf containing bootleg smokes, that remains hidden till he presses the button to reveal the contents. The secret cabinet is camouflage within shelves of merchandise, and can go back incognito at the press of a button. The scam was only discovered by State tax-enforcement agents during a raid. As reported by the NY Post, the raid, which took place last month, was part of an overdue crackdown on unscrupulous vendors who are swindling the state out of up to $1 billion in annual revenues.

State Taxation and Finance Commissioner Mike Schmidt shared a 22-second video on Twitter of the secret cabinet being operated by a taxation agent. “The Governor has advanced measures to strengthen civil enforcement of NY’s cigarette tax. Trafficking in untaxed product is rampant. It costs us revenue, thwarts public health goals, and hurts businesses who play by the rules. Here’s what we’re up against (last week in Brooklyn)”, Schmidt wrote in the caption.

The store hiding and peddling the popular Marlboro Red cigarettes from a hidden cabinet, has not been publically identified by officials, who say the investigation is still ongoing. Officials at the Taxation and Finance Department say that similar ploys have also been exposed in the past during raids.

The Post reported that officials estimate that about 60 percent of bodegas and corner stores in NYC which don’t sell lottery tickets or liquor are secretly pushing bootleg cigarettes. The problem is especially prevalent in NY, and that may be connected with the fact that New York has the second-highest tax rate for smokes in the country. Each 20 pack of cigarettes gets $4.35 added on for state tax. The city also adds on $1.50, for a total of $5.85 just in taxes.

As a result, a 10-pack carton costs about $120 to $130 in New York, whereas in close by states of Virginia or North Carolina they only cost $40. So, the price discrepancy makes it a lucrative business for bootleggers to drive out of town and fill up a van-load of smokes. Such a trip, in which 600 to 1000 cartons of cigarettes were purchased and smuggled into the city, would yield a hefty profit of $25,000 to $45,000 for the trip if cartons were sold to retailers at $85 each. The retailers and the end consumer too still have ample opportunity for profits, where individual packs would be sold for $9 instead of $13 or $14.

Gov. Andrew Cuomo has proposed a “two smokes and you’re out” rule as part of his fiscal 2021 budget plan. The provision would severely penalize sellers found peddling untaxed cigarettes repeatedly.