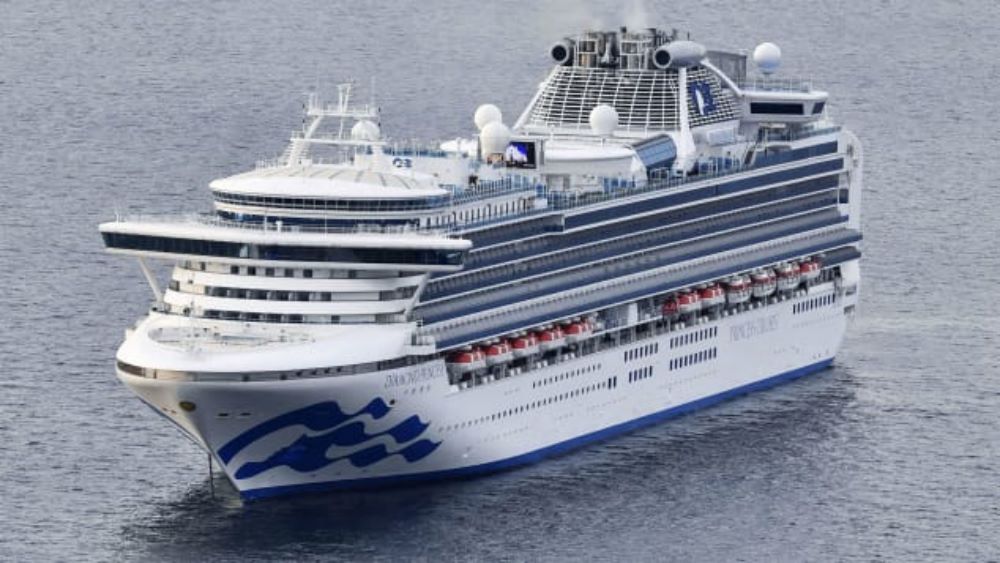 Fourteen Israelis from one family are among 3,711 people under quarantine aboard the Diamond Princess, a cruise ship that is docked off the coast of Yokohama, Japan, after health authorities said that at least 10 people on board tested positive for coronavirus. Photo Credit: Getty Images

Fourteen Israelis from one family are among 3,711 people under quarantine aboard the Diamond Princess, a cruise ship that is docked off the coast of Yokohama, Japan, after health authorities said that at least 10 people on board tested positive for coronavirus.

Health workers, some in protective white jumpsuits, transferred the 10 from the cruise ship to a Japanese coast guard boat next to it. The affected passengers, covered in sheets to protect their identities from cameras, were taken to a dock and put on ambulances bound for hospitals for treatment in isolation.

“They examined all of us. Since the morning, they’ve asked us not to leave the rooms, and in every corridor, there are people guarding and not letting us get out,” said Nicole Ben-David, one of the Israelis on board, interviewed on Kan, Israeli public radio.

“We’re trying to keep our composure. As long as we’re healthy, we’re trying to stay optimistic,” she added. “It’s stressful, but we don’t have many choices.”

Israel’s Foreign Ministry says it has been briefed by its Japanese counterparts and has been assured that none of the Israelis is believed to have contracted the virus.

Health Minister Katsunobu Kato said all the people on board will be quarantined on the ship for up to 14 days under Japanese law. The ship had 2,666 passengers and 1,045 crew members. Tests were pending on 273 people who had symptoms or had contact with a man who was diagnosed with the virus after leaving the ship in Hong Kong.

The infections on the cruise ship raised Japan’s total to 33 cases. South Korea and Thailand reported recent cases among people who had not been to China, raising concerns about how easily the virus might be spreading in other places.

Prime Minister Benjamin Netanyahu said on Sunday that “our goal is to delay the arrival of the virus to Israel – I say ‘delay,’ because it is inevitable that it will arrive.” (World Israel News)