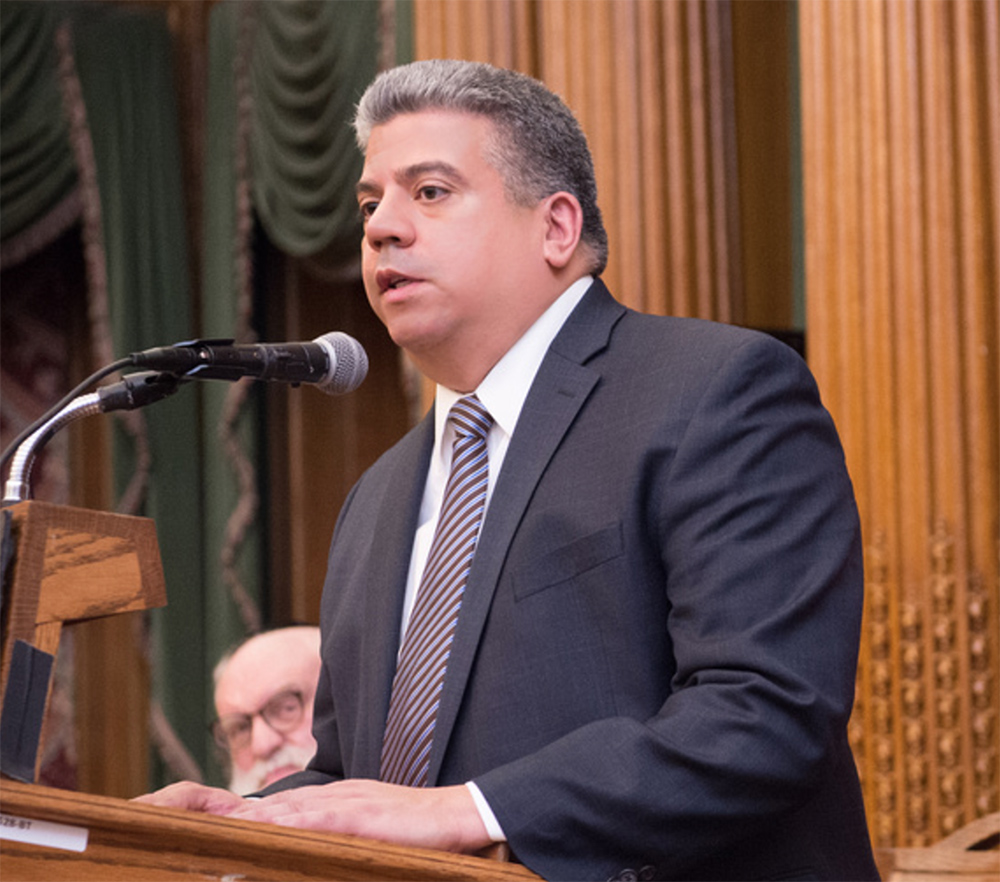 City employees working under Brooklyn District Attorney Eric Gonzalez – as many as 40, according to some – have fled the department since the year began. Photo Credit: Wikipedia.org

City employees working under Brooklyn District Attorney Eric Gonzalez – as many as 40, according to some – have fled the department since the year began.

The reason? Insane amounts of work generated by the recently passed reforms. Insiders say they are now expected to tender evidence to the defendants inside of 15 days following arraignment, and the torrid pace is simply burning them out.

That time frame requires staffers to collect the relevant notes from police officers’ notes, as well as surveillance video, lists of telephone calls and more. The result, according to a New York Post investigation: days as long as 12 hours, with deadlines looming overhead all the time.

“Morale is terrible,” one Brooklyn prosecutor told the Post. “People are feeling overworked and underappreciated.” “People are kind of talking about it openly saying ‘I don’t know, should I ride this out?’” said another. Another told the newspaper that the exodus is unprecedented in his experience, adding, “Almost everyone I know is looking for another job.”

In a prepared statement, Gonzalez’s office noted that “We have every confidence in the professionalism and dedication of our ADAs who work tirelessly to keep Brooklyn safe. Implementing the new laws in the county with the largest caseload in the state requires our assistants to put in very long hours for the same pay. Those who left the office are leaving for higher-paying jobs, including in other city agencies, because the city has not enacted salary parity despite repeated requests. We are now using recent funding to hire paralegals and other support staff to assist our hardworking prosecutors,” the statement continues.” (Full details can be found at https://nypost.com/2020/02/09/new-yorks-tough-new-laws-for-prosecutors-have-some-of-them-looking-for-the-door/)

CBS also took note of the sudden drop in the number of Brooklyn DA’s office employees, reporting that “There is a stunning demand for changes to the state’s controversial bail reform laws from one of the most liberal district attorneys in New York. It comes as Brooklyn DA Eric Gonzalez copes with a spike in shootings, even as he arrests dozens of gang members involved in gun cases.”

CBS2 political reporter Marcia Kramer asked the DA for comments about some much publicized videos showing rival gangs shooting at each other in the streets of Brooklyn. “In this case, the overwhelming majority of the defendants in this case were either remanded or bail was set on them,” Gonzalzes responded. “The system really needs to move to a cashless bail system,” he said.

“So you’re saying that nobody should have to pay to put up cash bail?” Kramer followed up. “Correct. We should move to the Jersey model,” answered Gonzalez.