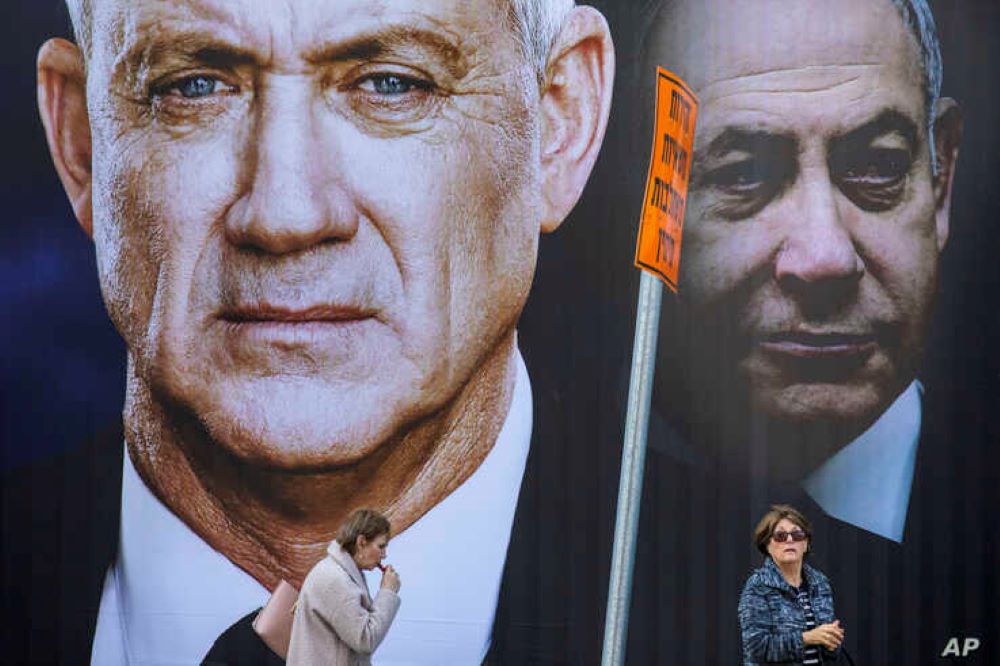 But Netanyahu told The Jerusalem Post the only thing that can stop the plan is if he loses his own election on March 2.

But he said he is worried what would happen to Israel if opposition leader Benny Gantz and his centrist Blue and White Party wins the election and forms a new government, even if Gantz approved of Trump’s plan when he met with the president at the White House last month.

Trump’s Middle East peace plan foresees an eventual Palestinian state, but would leave much of the West Bank, where the Palestinians want independence, in Israeli hands. There would also be Israeli enclaves within the new Palestinian state, and only a small and relatively impoverished part of east Jerusalem would be set aside for a Palestinian capital.

The plan does not include a major Palestinian demand — the “right of return” to lands taken from them when Israel was formed in 1948.

Israel and the U.S. cobbled the plan together without the Palestinians. They refused to participate, believing the U.S. would be pro-Israel.

Middle East peace has yet to emerge as a major issue in the Democratic presidential race. But all six major candidates have said the Trump plan is worthless without participation from both Israelis and Palestinians.
Senator Elizabeth Warren said diplomacy without the Palestinians is a sham, while former Vice President Joe Biden called the Trump plan a “stunt.”

The two Jewish Democratic candidates — businessman Mike Bloomberg and Senator Bernie Sanders — predict Trump’s peace deal would only undermine the security of Israel, the Palestinians and the United States.

About a week ago, Turkish President Recep Tayyip Erdogan, during a visit to Pakistan, reiterated strong opposition to President Trump’s recently announced Middle East peace initiative, denouncing it as an “occupation project.”
In his address to a special joint session of the Pakistani parliament, Erdogan said that protecting Jerusalem is a “red line” for his country and Ankara will never leave the holy city to the mercy of what he called the invading Israeli state.

“We strongly responded and will continue to give the strongest response to the occupation, annexation and destruction plan announced by the U.S. government,” said the Turkish leader. (VOA)