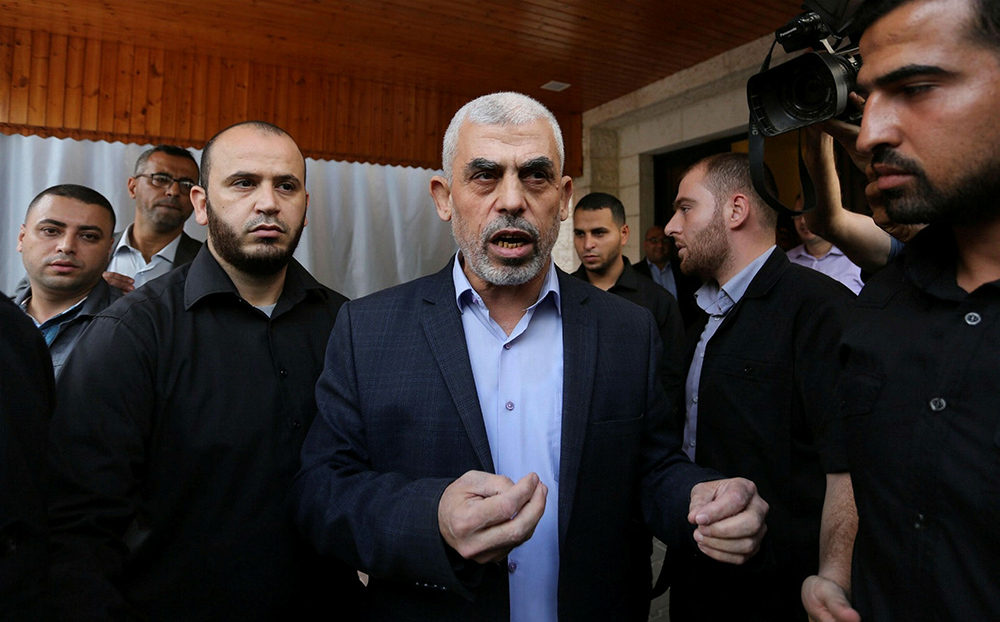 The Hamas leadership has been embroiled in recent days in the ensuing battle between Yahya Sinwar, the organization’s leader in the Gaza Strip, and Fathi Hamad, one of the most radical elements in Hamas’ leadership. Photo by Majdi Fathi/TPS on 9 February, 2020

The Hamas leadership has been embroiled in recent days in the ensuing battle between Yahya Sinwar, the organization’s leader in the Gaza Strip, and Fathi Hamad, one of the most radical elements in Hamas’ leadership.

Sources told TPS that the conflict in the Hamas leadership is due to Hamad’s extreme positions, and mainly because of his opposition to a ceasefire with Israel, against Hamas’ policy on this issue.

“Sinwar ordered the establishment of a committee to investigate Hamad’s involvement in the embezzlement of the organization’s funds, including a case that led to the closure of Hamas’ Al Aqsa TV channel and an investigation into the takeover of land in the northern Gaza Strip,” the sources told TPS.

Hamad is considered one of the “rogues” in the Gaza Strip and heads an armed militia responsible for several attempted infiltrations into Israeli territory in recent months, contrary to Sinwar’s stance, and he is having a difficulty enforcing his authority on Hamad.

According to sources in the Gaza Strip, Hamad is also behind the theft of media equipment last week from the Pal Tel’s company’s warehouses to restore Hamas’s communications system.

The sources say that Hamad is also behind the allegations that the Palestinian Authority’s intelligence helped to eliminate senior Islamic Jihad commander Baha Abu al-Atta by Israel in November. His remarks against the PA’s intelligence angered Sinwar, and he instructed Hamad not to give interviews, and the Gaza Strip says that Hamad has not appeared in the media since but only at Hamas events.

Hamad also provoked a storm in Hamas’s leadership a few months ago when he announced in front of the media’s cameras that Jews should be killed and not just the Zionists, adding that Hamas has a factory for making explosive suicide belts. His remarks were criticized and the Hamas leadership demanded that he retract his statement.

A source who has access to Hamas’ leadership told TPS that the leadership has recently given the Turks and Qataris names of some of its senior officials who oppose a ceasefire with Israel and act contrary to the leadership’s decisions as a way to force the renegade elements into acting according to their decisions.

Palestinian Authority (PA) head Mahmoud Abbas met with Fatah’s regional commanders on Wednesday, scolded them and demanded to know why the Palestinian street was still lethargic and calm, a Fatah official told TPS.

Abbas urged them to generate a long line of incidents, adding that even if they are unable to mobilize thousands into the streets, he expects continuous events at multiple locations.

According to the source, Abu Mazen met with decision-makers in the various PA institutions and agreed to escalate the events vis-à-vis the IDF and Israeli citizens.

Abbas on Thursday convened all union and labor leaders to motivate them to arrange demonstrations.

Abbas has declared the PA will actively oppose the US’ Deal of the Century peace plan and has demanded actions, but his calls have been met with minimal responses from the Palestinian street.

It should be noted that Abu Mazen did not order armed attacks but rather widespread violent demonstrations which often include rock and firebomb throwing.

At the same time, various sources indicate that there is no change in the policy of the PA’s security forces and its cooperation with Israeli forces.

Meanwhile, senior Fatah official Tawfiq Tirawi declared that the three million Palestinians in Judea and Samaria are “the Shahid project.”