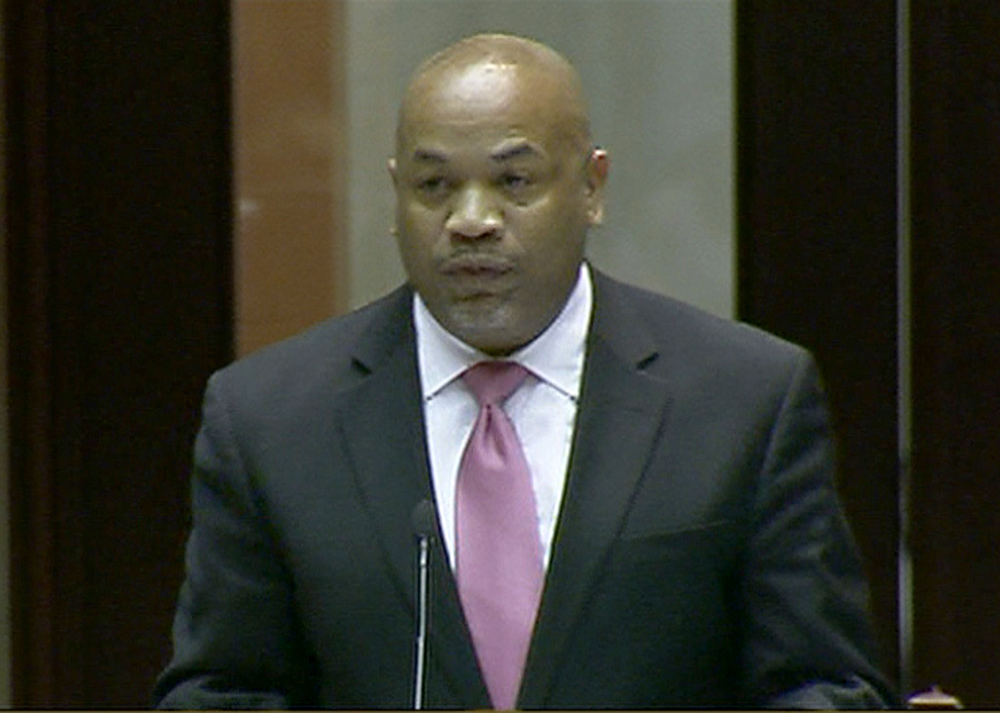 The devil behind the flawed bail reform laws that have floated out of Albany to engulf and create chaos throughout New York State is none other than Carl Heastie, the current speaker of the state's assembly. Photo Credit: NYS Assembly

The devil behind the flawed bail reform laws that have floated out of Albany to engulf and create chaos throughout New York State is none other than Carl Heastie, the current speaker of the state’s assembly. Criminals and their progressive supporters have their bets on Carl to stem the tide of demands from (even) Democrats who rightly see these new laws as contributing to our state being quickly transformed into a third world country. Look no further that the riots and open lawbreaking that took place at Grand Central last week and spiraled out of control throughout the subway system where organized thugs jumped the turnstiles, chained entry gates open and demanded free entry for all into the subways. Arrests were made but the courts, following the new laws, released these criminals into the streets to do their thing again. You can bet they will!! And why should our police put their lives and jobs at risk making useless arrests?

These lunatic laws also threaten the lives of Jews in the state. Three quarters of the 234 hate crimes investigated by the NYPD in 2019 were classified as aggravated harassment, a misdemeanor. That means judges can no longer set bail or remand suspects even when racial bias is a motivating factor. Those behind the beatings of Orthodox Jews in Brooklyn will continue to prey on their victims with the blessings of Heastie who holds all the cards on this bail reform issue.

But, out in Long Island, in conservative territory, Nassau County District Judge David McAndrews, indicated he had “A Pair,” by ordering an oft repeat bank robber held on $10,000 cash or $20,000 bond. The jurist stated, “I don’t want you walking around my neighborhood!” But McAndrew’s principled and wise stand was short-lived. A higher level Liberal judge promptly reversed his order and released the criminal with an ankle monitor and the promise that he would return for further hearings. To no-one’s surprise, the nest day the ankle monitor was cut off and the guy is now probably planning his next criminal venture. Judges have now been transformed into automatons, being forced to release known criminals back into the community with no consideration given to whether these persons have other cases of a similar nature pending, have a history of failures to appear or are likely to obey the court’s directions. In other words, we’re all in trouble thanks to Carl Heastie who replaced Sheldon Silver as Assembly Speaker who was convicted of political corruption. Birds of a feather!