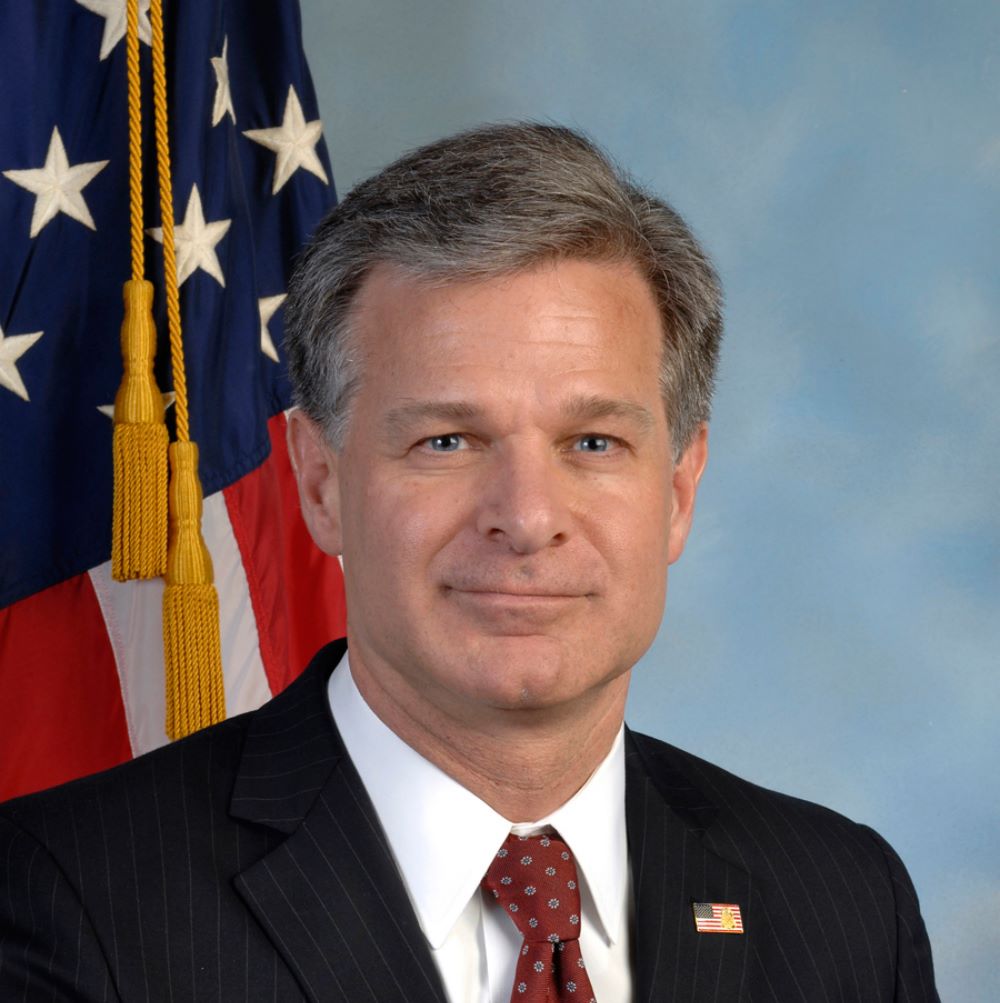 FBI Director Christopher Wray said on Wednesday that 2019 was the deadliest year for domestic terrorism since the Oklahoma City truck bombing in 1995, adding that he'd raised combating racially motivated violence as a national priority for the bureau.   Photo Credit:  FBI.gov

FBI Director Christopher Wray said on Wednesday that 2019 was the deadliest year for domestic terrorism since the Oklahoma City truck bombing in 1995, adding that he’d raised combating racially motivated violence as a national priority for the bureau.

“The spate of attacks we saw in 2019 underscores the continued threat posed by domestic violent extremists and perpetrators of hate crimes,” Wray said in prepared testimony before the House Judiciary Committee.  “Such crimes are not limited to the United States, and with the aid of internet like-minded hate groups can reach across borders.”

In the deadliest attack on Latinos in American history, a 21-year-old white supremacist last August killed 22 people and injured 24 others at a Walmart store in El Paso, Texas.  In April, another white extremist went on a shooting rampage at a synagogue in Poway, California, killing one worshipper and injuring three others.

The Oklahoma City bombing, which killed 168 people and injured more than 680 others, remains the deadliest act of domestic terrorism in modern U.S. history.

For years after the attacks of Sept. 11, 2001, the FBI was single-mindedly focused on fighting international terrorism — first on threats posed by al-Qaida, and then on Islamic State-inspired attacks. With the fall of Islamic State, domestic terrorism, sometimes mimicking the tactics of international terrorism, has grown in lethality in recent years. Its underlying drivers range from white supremacy to anti-Semitism to Islamophobia.

In recent years, the FBI has redoubled its efforts to combat domestic terrorism.  Last spring, the bureau created an internal investigative body made up of subject matter experts from the bureau’s criminal investigations and counterterrorism divisions.

The bureau’s more than 200 joint terrorism task forces around the country “have domestic terrorism squarely in their sights,” Wray said.  In addition, Wray said he has “elevated” racially motivated violent extremism as a national priority on a par with Islamic State during fiscal 2020.

“[They] were the primary source of ideologically motivated lethal incidents and violence in 2018 and 2019, and have been considered the most lethal of all domestic extremists since 2001,” Wray said.

‘This threat is real’

The FBI has more than 1,000 active domestic terrorism investigations in all 50 states.

“This threat is real, and it affects communities big and small,” Wray said.

Last month, the FBI arrested three members of a violent white supremacist group called The Base.

Wray testified before the congressional panel for the first time since a Justice Department inspector general report blasted the bureau in December for its handling of former Trump campaign adviser Carter Page’s surveillance in 2016. (VOA News)