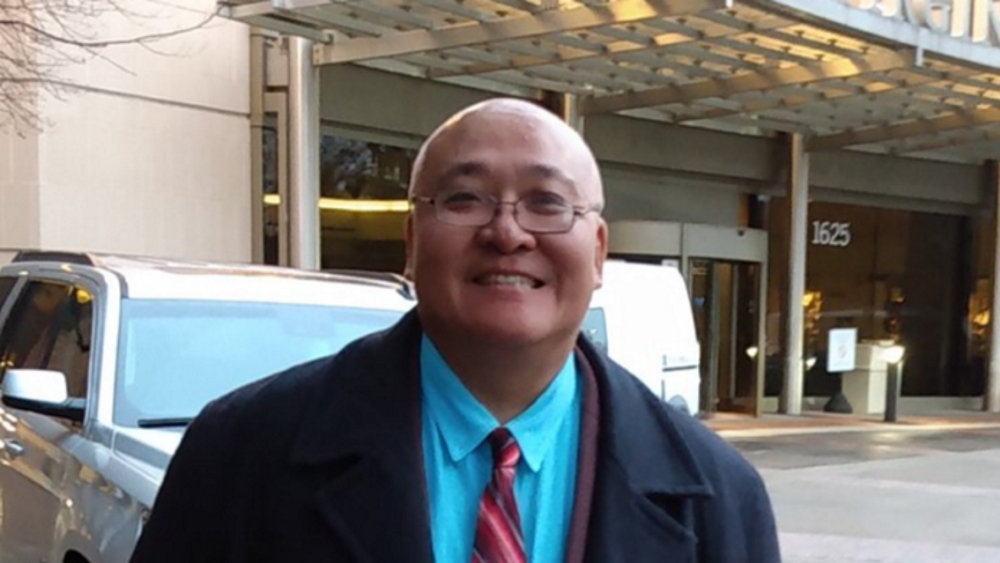 A Republican vying for the U.S. House of Representatives this year, who is a graduate student at Georgetown University, has come under fire for past anti-Semitic social-media posts.

On Jan. 17, he tweeted that the “FBI should investigate US politicians in both Republican and the Democratic party with ‘questionable’ ties with Israel. It is strange that there is such a pro-Israel voting by Republicans and Democrats. There seems to be corruption involving bribery by Israel for US politicans [sic].”

That same day, in response to a Republican Party leader in Delaware being ousted for blaming Jews for being behind the impeachment of U.S. President Donald Trump, Kim tweeted, “American citizens should work toward curtailing the power of Jewish lobby groups and other Jewish groups that seek to practice ‘Witch Hunt’ against Americans who they see as a ‘threat’ to Jews, like they did with Jesus Christ. Americans are NOT SLAVES!”

“Is the Natioanal [sic] Republican Party going to become a SLAVE of the JEWS and go after every Republican leaders whom the Jews call ‘anti-Semitic’? Jesus is anti-Semitic because Jesus Christ called Jews ‘Children of the Devil’ in the Gospel of John! Will you oust Jesus from America?” Kim also tweeted on Jan. 17

On Dec. 18, Kim also posted a series of anti-Semitic tweets.

“Judiciary Chairman Jerrry [sic] Nadler in the US House of Representatives has a Jewish Agenda! Nadler is choosing to identify himself as the Voice of the Jews in the US Congress. Nadler disrespects our President Trump, it is time that we disrespect Nadler!” he tweeted.

“Jews love their country, “The Jewish Nation of Israel”, more than the United States of America. That is why all these Jewish Congressmen want to crucify the pro-Christian President Trump. This is about Judaism versus Christianity! Jews have declared a war on Christianity!” tweeted Kim.

Kim, who was born in South Korea, is pursuing a master’s degree in nursing at Georgetown, where he was elected to the Graduate Student Government’s executive board in March 2019.

In response to his anti-Semitic and other bigoted tweets, the rest of the executive board unanimously condemned Kim.

“These messages are absolutely incompatible with his role as Vice President and GradGov’s broader mission of creating a safe and welcoming campus environment,” they wrote in a letter to the Georgetown graduate student community.

An impeachment hearing scheduled for Thursday was postponed following Kim filing a complaint with the university that he’s being discriminated and harassed based on his political and religious views.

“It is wrong that I am discriminated against by GradGov and the Office of Graduate Enrichment of The Graduate School, based on my RELIGION (conservative evangelical Christianity) and my POLITICAL AFFILIATION (Republican Party),” wrote Kim in his email to the university’s Office of Institutional Diversity, Equity & Affirmative Action, obtained by the school’s student newspaper, The Hoya. “It is wrong that I was treated with violence (physical assault) because of my religion and political affiliation. The physical assault by Mr. Lewis May represents Hate Crime against me.”

Kim graduated in 1990 from the University of Pennsylvania and conducted research in Jerusalem for doctoral dissertation, including attending Hebrew University’s Rothberg International School.

He is one of four Republicans looking to face incumbent Democratic Rep. Don Beyer in a district that is safely Democratic.

“If it wasn’t for his abject anti-Semitism, his campaign could have been the funny joke it seems he was setting up. His anti-Semitism has no place in our party, and shouldn’t have a place in American society,” RJC spokesperson Neil Strauss told JNS. “Mr. Kim should end his candidacy and put his focus back into his continuing education.” (JNS)