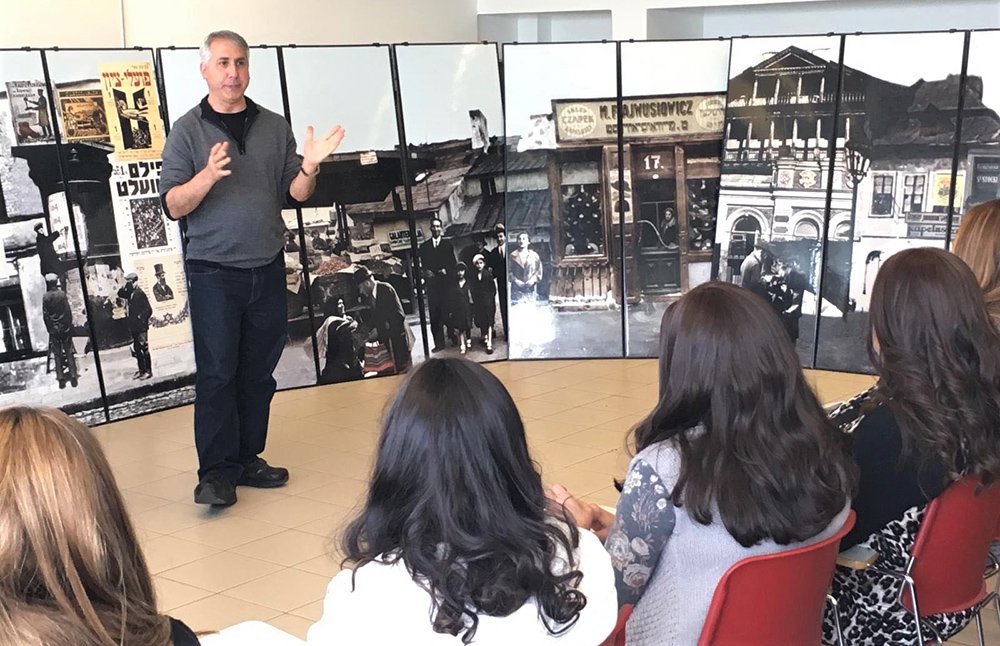 Some 30 Chabad on Campus emissaries participated in an eight-day training program at Yad Vashem in Jerusalem, February 2020. Credit: Yad Vashem.

For students who find it difficult to connect to the Holocaust and its lessons, said Rabbi Yisroel Bernath, who co-directs Chabad at Concordia University in Montreal, “it is important, now more than ever, to have the right narrative.”

Some 30 campus Chabad-Lubavitch emissaries concluded an eight-day training program at Yad Vashem in Jerusalem, learning cutting-edge, relevant and effective tools that will allow them to teach about the Holocaust and the growing problem of Holocaust denial. Equally important was guidance on how to grapple with and counter increasing instances of anti-Semitism on college campuses. The emissaries hailed from campuses in North America, Australia and Austria, including Dartmouth College in New Hampshire; Princeton University in Jew Jersey; the University of Melbourne in Australia; the Lauder Business School in Vienna; and York University in the United Kingdom.

The newly certified Holocaust educators spent last week training at Israel’s official memorial to the victims of the Holocaust (Yad Vashem), representing the first time that Yad Vashem has gathered a group of campus leaders for an intensive training.

Rabbi Yisroel Bernath, who co-directs the Chabad center at Concordia University in Montreal with his wife, Sara, called the experience “eye-opening and transformative,” and found meaning in “finding the humanity” within the Holocaust, which he said provides a new way to make sense and connect to tragedy.

For students who find it difficult to connect to the Holocaust and its lessons, he said “it is important, now more than ever, to have the right narrative.” 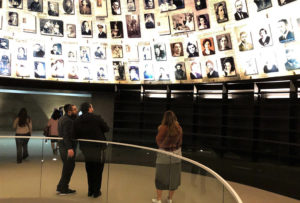 Through the partnership between Yad Vashem and Chabad on Campus, said Rabbi Moshe Cohn, head of the Jewish World section at Yad Vashem, “thousands and thousands of young people will be exposed to Holocaust education with accurate history and proper pedagogy.” Credit: Yad Vashem.

“There is an unspoken myth that young Jews are interested in the Holocaust,” he told JNS, noting that on his Canadian campus, it was like “pulling teeth” to get students to attend a survivors’ testimony, perhaps because his campus “prides itself on being an activist university where BDS is passed as much as the Jewish quarter of Jerusalem is Jewish.”

Sara Bernath left with the understanding of “how precious our heritage is.”

Dalia Kulek, co-director at the University of Hartford-Rohr Chabad House in Connecticut with her husband, Rabbi Yosef Kulek, told JNS that the entire week was an “aha moment.”

As a non-Ashkenazi Jew (her father is from Kurdistan and her mother is from Mexico), she said she didn’t learn much about the Holocaust growing up. As the number of survivors diminishes, she told JNS that “we need people to tell their story and do something to draw them in.”

“I am already planning classes,” she said.

Through the partnership between Yad Vashem and Chabad on Campus, said Rabbi Moshe Cohn, head of the Jewish World section at Yad Vashem, “thousands and thousands of young people will be exposed to Holocaust education with accurate history and proper pedagogy.”

The “net gain for the Jewish people” will “connect young people to their history and increase involvement with the Jewish community,” Cohn told JNS, voicing his hope that this seminar will be replicated with other campus groups.

According to Rabbi Yossy Gordon, executive vice president of Chabad on Campus International, the importance of such a partnership lies in today’s distancing of young people from the Holocaust, and at the same time, the growing acceptance of anti-Semitism in the world. “If we do nothing, the distant memory of the Holocaust will fade further and so will the opportunity for young people to embrace their Yiddishkeit, which would be a terrible crime,” Gordon told JNS.

With recourses and teaching materials that preserve the memory of those murdered with “integrity, respect and understanding,” the partnership with Yad Vashem, said Gordon, was “the way to go.”

Esti Hecht, co-director of Chabad at American University in Washington, D.C., with her husband, Rabbi Yehoshua Hecht, said that while “Holocaust education is equally important now as it was before, fewer people are in a position to educate, so educating the educators is more important now.”

On campus, she told JNS, Holocaust education has the potential to build empathy towards the Jewish community and help prevent anti-Semitism.

Hecht reflected on a particularly meaningful moment during the week; after she heard from a Holocaust survivor who was her son’s age during the years of World War II, she video-chatted with one of her sons, who had just received his first chumash (a printed Torah) in a school-wide ceremony.

“I was overwhelmed by the juxtaposition. Here I was with a child survivor who was forced to pretend to be Christian in order to survive—and very few children his age survived,” she said. “The Nazis tried to exterminate the Jewish people with a 90 percent success rate in many countries, but as I saw my child and 30 others in his school with strong Jewish identities, I understood that ultimately, the Nazis failed.”

“I am going home with a greater appreciation of what we have Jewishly,” she continued. “The Nazis took away the gift of marking time, celebrating birthdays, holidays and praying, which takes away the ability to take stock of who you are. Now, we are in a position where we can celebrate.”

“That understanding will be integrated into my work back on campus,” she said, “adding another level of depth and appreciation.”