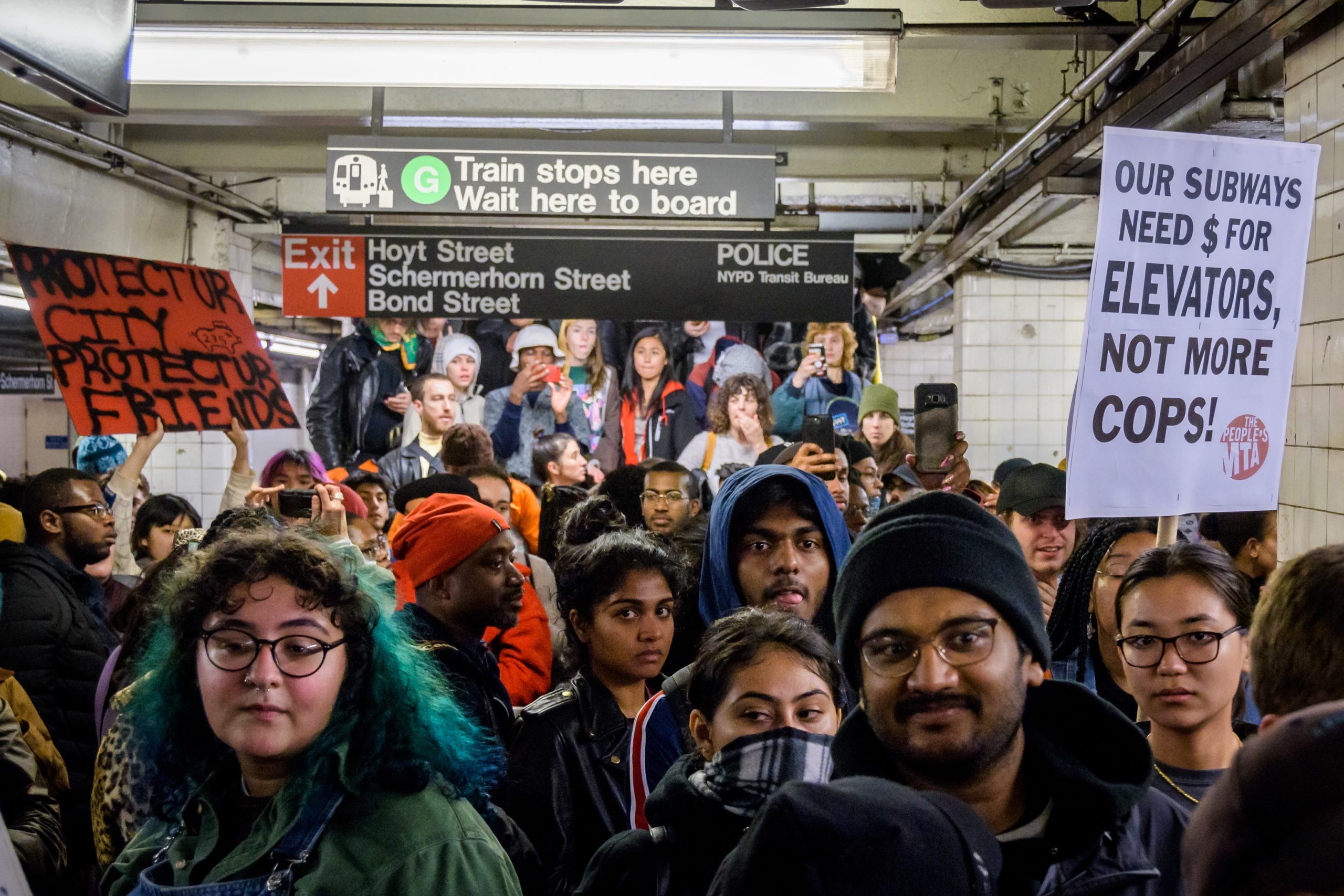 A Palestinian-born NYU professor, Amin Husain, is one of the co-founders of Decolonize This Place, the group that vandalized New York City’s subways last month, Jerusalem Post reported.

Palestinian-born, Husain is a founding member of NYC Solidarity with Palestine, which describes itself as “seeking to broaden the work being done on Palestine by opening up more expansive spaces of resistances.”

He also has spoken publicly about attacking Israeli soldiers during the first Palestinian Intifada. “I was throwing rocks, Molotov cocktails, the like,” he said at a pro-Palestinian rally in Times Square in July 2016 captured on a YouTube video, The New York Post reported.

“This is [the] true endgame of the anti-police movement, an end of all policing & destruction of public order,” the group said in a tweet. “Our members have spent their careers — and in some cases given their lives — to bring public safety back to NYC. We can’t go backwards.”

Last week, an Antifa-backed social media account shared a video of three masked individuals accompanied by a tweet that read: “The streets are ours. The trains our ours. The walls are ours. This moment is ours,” according to a report on FOX News.

The minute-long video showing individuals vandalizing public property and jumping subway turnstiles, calls for supporters of the group to “meet up” and rally against law enforcement and transit fares, as was reported by Fox.
“We encourage you to link up with your friends, your family, and think of the ways you can move in affinity to build and f— s— up on J31 all day long,” an unidentified individual said, referencing Friday’s date.
Husain has also directed and produced the documentary film On This Land that “weaves together the Palestinian landscape with a multitude of voices from the Occupied Territories in order to understand Israeli domination and look with the Palestinians at the future of their struggle,” according to the film’s website.