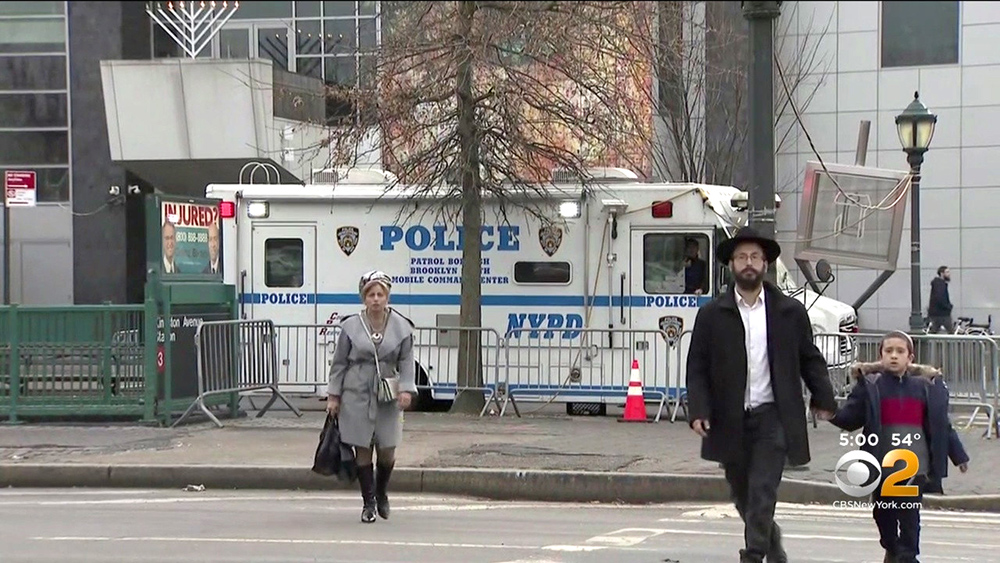 Increase Physical Security to Protect the Community. We need deterrents, as a police response is often late and insufficient. We need to change the risk/reward ratio for those who would assault us. These should include increased police presence, neighborhood security patrols, facilitation of gun ownership, and holding public officials accountable for indifference or willful inaction to confront Jew-hatred. Photo Credit: cbslocal.com

The chickens have come home to roost. Years of neglect and misguided policies by mainstream Jewish leaders have helped enable a shocking surge of Jew-hatred in America. It is encouraging to see some concern and support from the public and media, and it is heartening to see the Jewish community come together. These are critical first steps. It is sad and frustrating that this required the hunting and murder of Jews.

There have been multiple analyses of the nature and extent of the failure of mainstream Jewish leaders. The community’s major donors need to recognize that they too have failed by their selection of academic, legal, social worker types or diplomats as leaders in a time of conflict. The times require “wartime” leaders who can develop a clear vision of the crisis and a plan of action for the future.

New leaders will have to jettison some of the fundamental premises of Jewish communal policies that have clearly failed. They will also need to pivot from their 100-year-old mission of gaining acceptance of Jews in American society to ensuring the safety of the community.

What is now required is a complete strategic and policy overhaul. Any attempt to describe what now needs to be done will seem exhaustive. A comprehensive plan, including steps that must be taken immediately, as well as longer term projects, needs immediate attention. We suggest the following compact, 10-point summary under the general directive:

Mobilize the community to fight back.

The Jewish community has enormous talents, and significant resources, which have often been used to benefit America and the world. We now need to direct the energy and genius of the community to fight the epidemic of hate that is plaguing our community.

This article was originally published on the Algeimeiner.com web site.

Charles Jacobs, is co-founder and President of Americans for Peace and Tolerance and The American Anti-Slavery Group. He is also co-founder of the David Project.

Avi Goldwasser is the co-founder of Americans for Peace and Tolerance and The David Project. He is the executive producer of several documentaries including Hate Spaces, The J Street Challenge, and The Forgotten Refugees.