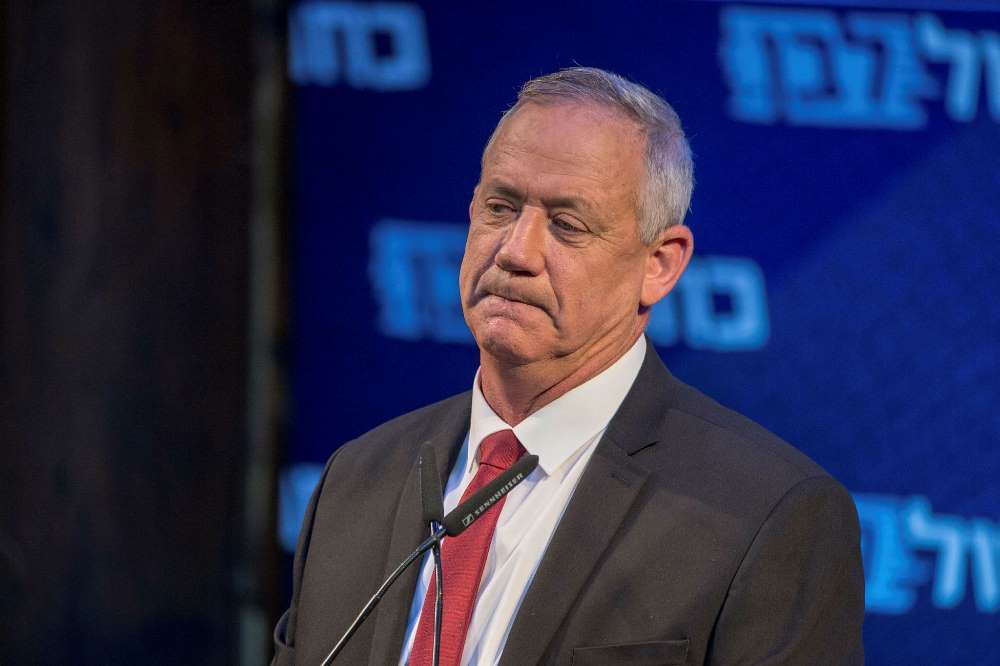 Member of Knesset (MK) Benny Gantz and members of his Blue and White party stormed out of the Knesset Plenum during a debate about the terrorism threat coming from the Gaza Strip, eliciting accusations that he was a “coward” who fled the scene. Photo by Kobi Richter/TPS on 10 February, 2020

Gantz Pulls Out from Knesset Discussion on Gazan Terror Threat

Member of Knesset (MK) Benny Gantz and members of his Blue and White party stormed out of the Knesset Plenum during a debate about the terrorism threat coming from the Gaza Strip, eliciting accusations that he was a “coward” who fled the scene.

The Knesset plenum convened on Monday for a special discussion on the “incessant terrorism from the Gaza Strip” following the request of more than 25 Knesset members, during which members of the Blue and White party departed the Knesset plenum before the government had a chance to responds to their accusations.

Before leaving the plenum Gantz asserted that rocket sirens in the south do “not really move [Prime Minister Benjamin] Netanyahu,” and that the residents of the south “are just boring him.”

“Anyone with his head in head understands that Netanyahu is busy with himself and not the citizens of Israel,” Gantz claimed.

He concluded by declaring that because the overwhelming majority of Knesset Members disrespected the meeting by not attending, he would do the same with his faction members.

Immediately at the conclusion of his remarks, Gantz left the plenum, followed by Knesset members from the Opposition.

Defense Minister Naftali Bennett, who got up to respond on the government’s behalf, declared it is “just unbelievable, I have never seen such a thing, show a minimum of courage” he told Gantz and Moshe Ya’alon while accusing them of “fleeing the plenum.”

He accused them of being “the architects of the failure” in the fight on the terror tunnels from Gaza to Israel. Gantz served as IDF chief of staff and Ya’alon was minister of defense when the threat surfaced and when Israel contended with it during Operation Protective Edge in the summer of 2014.

“You did not know for 50 days how to handle the tunnels [during the operation], so you will handle the [threat of terror] balloons? People who failed to stop 4,594 rockets on Israel’s residents, dare preach how to handle balloons?” Bennet demanded.

Bennett further charged Ya’alon and Gantz, of “hesitating, stuttering, being embarrassed and scared” when facing the threats coming from Gaza during the operation.

He concluded by reading parts of the State Comptroller’s report which quoted passages from cabinet meetings during Operation Protective Edge in which Gantz and Ya’alon underestimated the threat of terror tunnels, while Bennett himself was the one who pushed for the operation. (TPS)