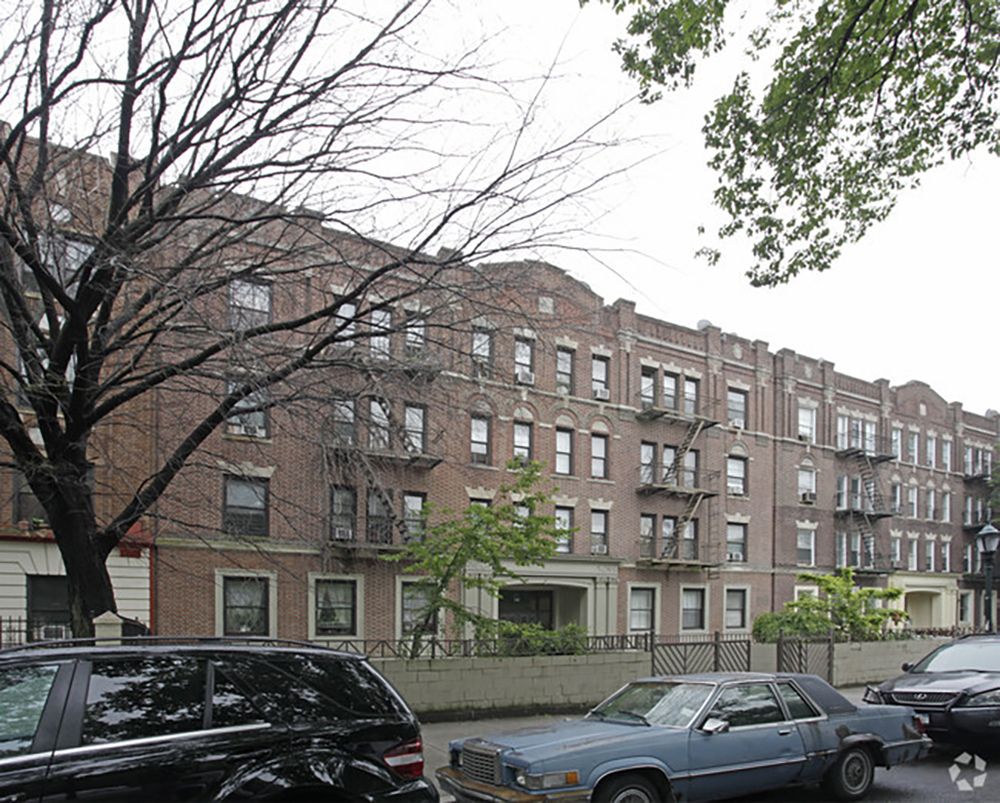 Tenants at 1074 Eastern Parkway in Crown Heights filed a $2 million lawsuit against their landlord. In the suit, filed on Thursday in New York state court, 22 tenants complain that though the building was put under a rent freeze for failing to fix problems, they have been paying an increase in rent. Photo Credit: apartments.com

One of New York City’s ‘worse landlords” has been slapped with a $2 million lawsuit from tenants who allege they are being overcharged for rent.

As reported by Patch, tenants at 1074 Eastern Parkway in Crown Heights filed a $2 million lawsuit against their landlord. In the suit, filed on Thursday in New York state court, 22 tenants complain that though the building was put under a rent freeze for failing to fix problems, they have been paying an increase in rent. “Basically, the rent was frozen in 2002,” said Ivan Marchena, a paralegal advocate with Brooklyn Legal Services, which is representing the tenants. “However, the landlord has been collecting increases in rent ever since then.”

Landlord Rubin Dukler was named as the city’s 86th worst landlord, based on the watchdog list published by the city’s public advocate’s office. The list’s ranking is based on the number of outstanding city violations stacked against them per month.

Dukler and Iris Holdings Group, who own the building at 1074 Eastern Parkway, had tenants complain about inadequate heat in the winter, mold and leaks, vermin infestations and lead paint. When the problems remained unfixed, officials issued an effective freeze on rents against Dukler’s company in 2002 effective until the issues would be addressed. Now, tenants are suing to allege that Dukler continued to raise rents by filing false rent amounts with a state agency.

According to the complaint, one tenant was charged $900 more than what her rent should have been under the freeze. In other instances, the landlord allegedly registered fake names to tenants’ apartments, allowed him to claim “vacancy increases” of 20 percent on rent for apartments where the tenants had never even actually left. “This scheme has resulted in each of Plaintiff’s rent registration histories reflecting inaccurate and unreliable legal regulated rents and concealed rampant rent overcharges throughout the building,” reads the lawsuit.

Marchena said that the officials at New York State Homes and Community Renewal have no means of “oversight or accountability” over a landlords self-reported rents, and this is what can lead to such inaccurate reporting. “Iris Holdings Group and Dukler broke the law in order to profit wildly from low-income black and brown NYC families — which is precisely why tenants fought for and won rent reforms last year that closed loopholes incentivizing landlords to profit from low-income tenants,” said Thomas Chew, Staff Attorney at Brooklyn Legal Services’ Tenant Rights Coalition. “The burden of enforcing the rent-stabilization law shouldn’t fall solely on tenants, but too often it does. There is currently little to no oversight by HCR over whether landlords are complying with rent reduction orders or honestly registering rents. A landlord should not be able to self-report fake tenants and leases for decades in order to illegally increase rents without consequence from HCR, and yet that is what we have here.”

Dukler and Iris Holdings have not yet responded to requests for comment.