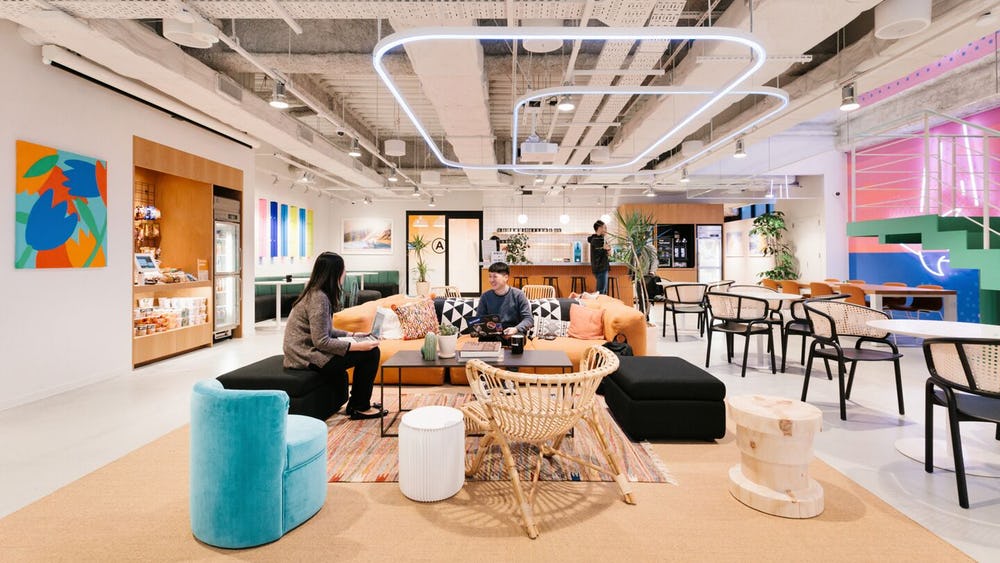 WeWork proved to be one of the major economic stories of 2019 – and it continues to be just that in 2020. Photo Credit: WeWork

WeWork proved to be one of the major economic stories of 2019 – and it continues to be just that in 2020.

Last week, the Jefferies Group cut WeWork’s value by more than 50%. Losses are also sure to be posted by JPMorgan Chase and Goldman Sachs in the days ahead.

Jefferies, which had previously reported its WeWork investment at around $270 million, “now estimates its nearly 1% position is worth just $54 million—an 80% decline. The firm shaved the value of its WeWork holding by $69 million in the fourth quarter and by $146 million in the third,” Crain’s New York Business reported. “In October Goldman wrote down its WeWork position by $80 million and said the rest was worth about $70 million. The stake appears to be worth $30 million now, based on Jefferies’ experience.”

Back on the final day of August, Jefferies had cut its value estimate by $146 million. That was over a couple of weeks before the shared-workspace group dumped its plans to go public.

The commercial real estate company that provides shared workspaces for technology startups and services for other enterprises has also cut the number of buildings it leased in New York and London during the fine three months of last year, according to research by CoStar showed. In Manhattan, Fox Business reported, WeWork leased 64,000 square feet of space, the lowest amount in five years.

“And in London, it leased 49,000 square feet, the lowest since 2016. But the slowdown in leases followed an uptick ahead of the company’s planned initial public offering, which has since been abandoned. In December, WeWork announced it opened 52 buildings across the United States, Canada Israel, China and Japan, marking a company record,” Fox added.

All of that being said, the controversial company continues to grow. During the fourth quarter, it leased an additional 441,000 square feet, according to vox.com, “about the size of six typical WeWork offices, though it includes one massive lease of 360,000 square feet at 437 Madison — in Manhattan, its biggest market, according to new data from real estate services company Cushman & Wakefield. As of the end of 2019, it was leasing a total of 8.2 million square feet in the borough, where it remains the biggest office tenant, beating JP Morgan Chase by nearly 3 million square feet.”