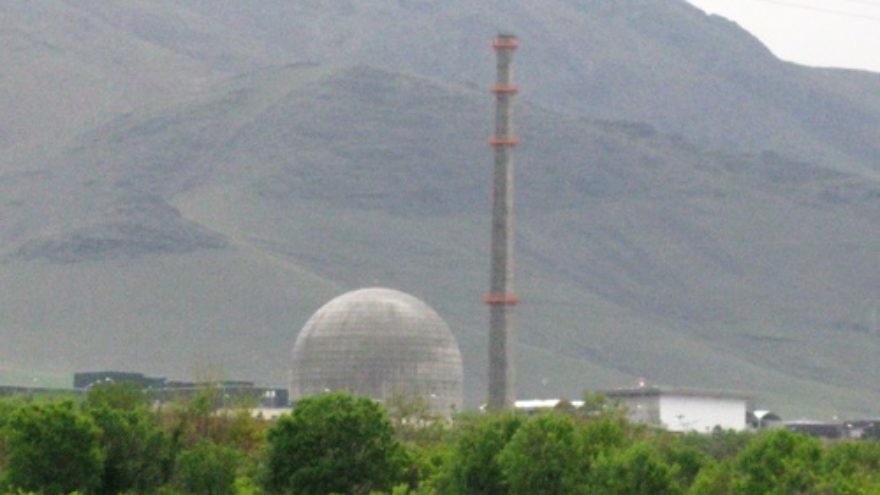 The agency and its chief have “played a big role in Iran breaching its key nuclear commitments” under the 2015 nuclear deal, said U.S. special representative for Iran Brian Hook

The United States announced on Thursday that it has sanctioned the Atomic Energy Organization of Iran and its chief, Ali Akbar Salehi.

The agency “has played a big role in Iran breaching its key nuclear commitments” under the 2015 nuclear deal, said U.S. special representative for Iran Brian Hook at a press conference at the U.S. State Department. “It has exceeded its commitments on uranium stockpile an enrichment levels. [Salehi] personally inaugurated the installation of new advanced centrifuges to expand its uranium enrichment capacity.”

Hook also announced that the United States will extend sanctions waivers for another 60 days to continue allowing Russian, Chinese and European companies to keep operating at Iranian nuclear facilities, despite U.S. sanctions on Iran over its nuclear program.

The United States has continuously extended the civilian nuclear waivers under the 2015 agreement since withdrawing from in May 2018 despite reimposing sanctions lifted under it, along with enacting new financial penalties against the regime as part of what the administration has called a “maximum pressure” campaign.

The deadline to extend the waivers, which have lasted 90 days, is Saturday. They affect the Arak and Bushehr facilities, and the Tehran Research Reactor, where the fuel is provided by Russia, which also removes the facility’s spent fuel after being used in the reactor.

Hook did not elaborate on the change of time frame.

The nuclear agreement between Iran and world powers allowed Tehran to continue its nuclear program within certain limits in exchange for lifting of economic sanctions.

In November, the United States canceled a sanctions waiver to allow research at the Fordow nuclear facility. It took effect last month.

The move came as Iran announced and the International Atomic Energy Agency confirmed that the regime resumed uranium enrichment at Fordow, which is underground, in violation of the Iran nuclear deal.

Nonetheless, Republicans on Capitol Hill, including Sens. Lindsey Graham (R-S.C.) and Ted Cruz (R-Texas), have previously objected to waivers being extended and are likely do so in response to the upcoming extension.

According to a spokesperson for Cruz’s office, the senator “believes that the waivers should have been canceled months ago, and in fact should have never been granted. He will continue to work with his colleagues in the Senate and the House to ensure that they are revoked.”

“This decision perpetuates [former President Barack] Obama’s disastrous nuclear deal and sustains Iran’s nuclear infrastructure, even as Tehran continues on its path of escalation,” she told JNS. “I urge the president to fully implement his successful maximum pressure campaign against Iran and revoke these waivers once and for all.” (JNS.org)