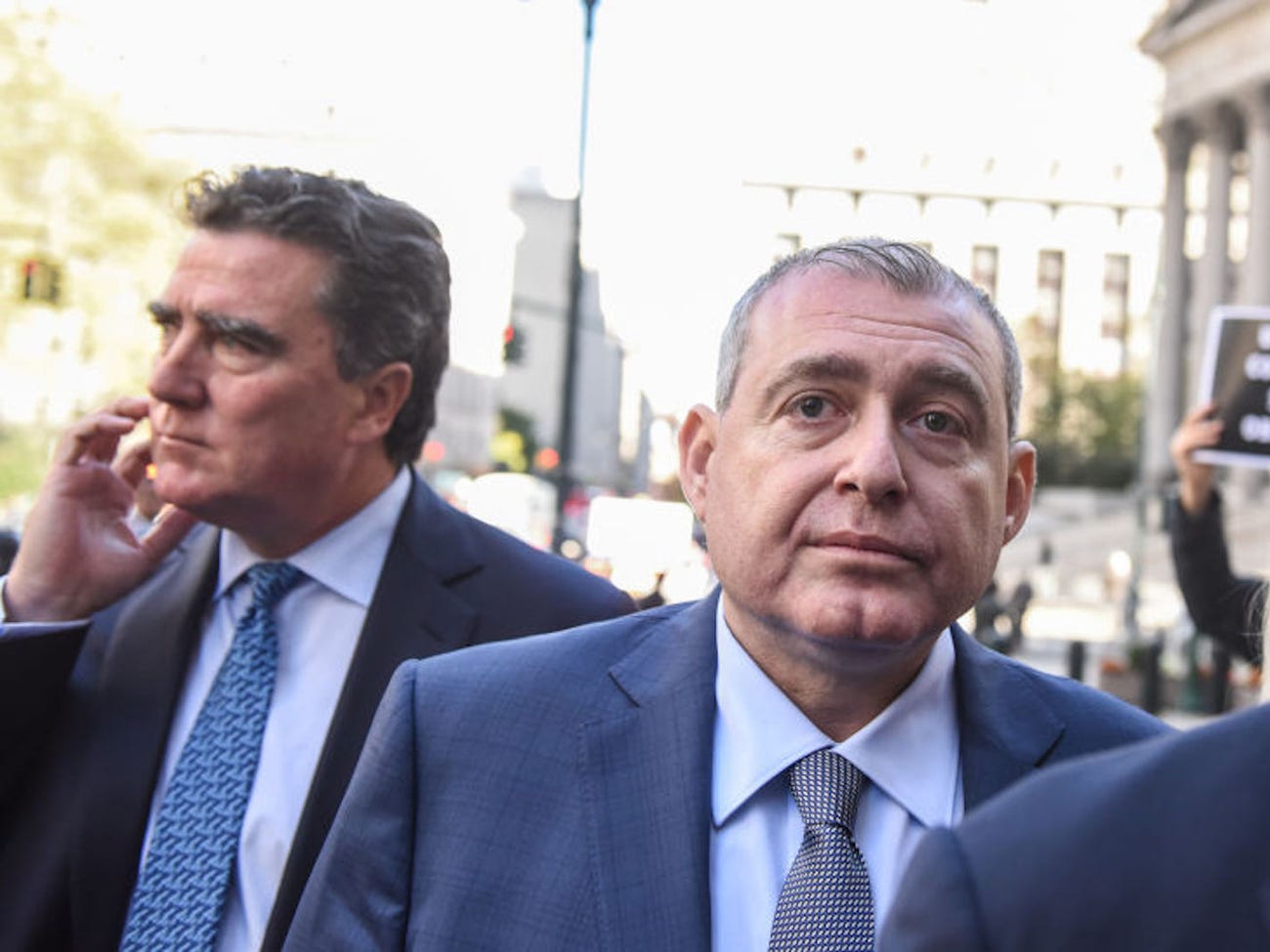 President Trump and members of his administration are disparaging claims by a former associate of his personal attorney that he was fully aware of pressure applied on Ukraine to launch an investigation of a political rival and thus potentially benefit Trump’s re-election chances. Photo Credit: Stephanie Keith/Getty Images

President Trump and members of his administration are disparaging claims by a former associate of his personal attorney that he was fully aware of pressure applied on Ukraine to launch an investigation of a political rival and thus potentially benefit Trump’s re-election chances.

The accusations are being made by Lev Parnas, who is under indictment for funneling foreign contributions to U.S. political candidates.“

This is the current hoax,” Trump said in the Oval Office on Thursday afternoon. “He’s trying to probably make a deal for himself.”

Earlier, White House Press Secretary Stephanie Grisham, in a statement, said Parnas’ allegations come from “a man who is currently out on bail for federal crimes and is desperate to reduce his exposure to prison.”

The comments come as the impeachment trial of the president formally began on Thursday after the House of Representatives delivered to the Senate charges of abuse of power and obstruction of Congress by the president.

In interviews with U.S. news outlets, Parnas said the president was aware of attorney Rudy Giuliani’s efforts to pressure Ukraine to launch investigations of one of the top Democratic Party challengers, former Vice President Joe Biden, to benefit Trump politically in his campaign for another term in the White House.

Ukrainian authorities on Thursday said they have opened an investigation into whether Marie Yovanovitch, the former U.S. ambassador to Kyiv, was illegally spied on before Trump abruptly recalled her last year and then dismissed the envoy.

Trump aides, according to impeachment investigators, viewed the career U.S. diplomat as an impediment to opening an investigation of Biden.

The announcement from Ukraine comes two days after Democratic lawmakers pushing for Trump’s removal from office released documents supplied by Parnas, who had been working with Giuliani, showing the lawyer communicating about Yovanovitch’s removal from the diplomatic posting and tracking her movements in Kyiv, the Ukrainian capital.

Parnas, who is a U.S. citizen, also alleges Vice President Mike Pence tried to get Ukraine to announce an investigation of Biden.

“I don’t know the guy,” Pence responded when asked by a reporter in Florida about Parnas. The vice president called Parnas’ charge that he was aware that all outreach to Zelenskiy was about getting Ukraine to investigate the Bidens, “completely false.”

Counselor to the president, Kellyanne Conway, also criticized the media attention Parnas is receiving, suggesting he does not merit being interviewed.

“I would just caution against that because being against Donald Trump doesn’t mean that you are honest or trustworthy or a good person or not under criminal indictment,” she told reporters on the White House driveway outside the West Wing.

Trump’s bid to press Ukrainian President Volodymyr Zelenskiy for the Biden investigation and his son Hunter Biden’s work for Burisma, a Ukrainian natural gas company, are at the center of the Senate impeachment trial.

Trump “knew exactly what was going on,” Parnas told MSNBC in an interview broadcast Wednesday night. Parnas asserted the president is lying when Trump claims not to know who he is.

Asked by reporters on Thursday about Parnas, Trump acknowledged the former Giuliani associate was one of the “thousands and thousands” of people with whom he had taken photos as president.“

Perhaps he’s a fine man. Perhaps he’s not,” said Trump. “I never had a conversation that I remember with him.”

The New York Times quotes Parnas as saying, “I am betting my whole life that Trump knew exactly everything that was going on that Rudy Giuliani was doing in Ukraine.”

Trump has denied sending Giuliani, his personal lawyer, to Ukraine to look for dirt on Biden. Parnas told MSNBC that Trump “was aware of all my movements.”

Parnas told MSNBC’s Rachel Maddow that Trump’s interest in Ukraine was never about rooting out government corruption in the eastern European country, but “all about Joe Biden, Hunter Biden.”

Asked by a reporter on Thursday if Parnas would be a credible witness considering he is under federal indictment, House Speaker Nancy Pelosi replied, “There seems to be documentation that validates what Parnas is saying.”

In an interview to be aired Thursday evening on CNN, Parnas said all the president and his team really wanted was the announcement from Kyiv there would be a probe “because nobody trusted them to do an investigation.”

Trump temporarily withheld $391 million in military aid to Ukraine awaiting such an announcement by Zelenskiy, but Trump eventually released the assistance without any probe being announced.

That temporary freezing of the security assistance violated U.S. law, the Government Accountability Office (GAO), an independent government watchdog agency, said in a report on Thursday.

A document provided to the House Intelligence Committee by Parnas includes messages from Robert Hyde, who is running for Congress from the state of Connecticut and is a Trump campaign donor.

In those exchanges last March 23, two months before Yovanovitch was ordered back to Washington, Parnas was informed about her physical location in Ukraine.

Hyde, in one message to Parnas, said he had a “private security” company tracking Yovanovitch’s movements.

“She’s talked to three people. Her phone is off. Computer is off,” wrote Hyde.

In another message, Hyde told Parnas, “They will let me know when she’s on the move.”

In the MSNBC interview, Parnas said he did not take Hyde’s claims seriously.

Rep Eliot Engel called the exchanges between Hyde and Parnas “profoundly alarming” and the House Foreign Affairs Committee, which he chairs, will try to find out whether the State Department knew about the surveillance of Yovanovitch at the time Hyde said it was occurring.

When asked by MSNBC if Giuliani told him he had spoken to Barr about Ukraine, Parnas replied, “Not only Rudy Giuliani. … Attorney General Barr was basically on the team.”

The Justice Department calls the claim by Parnas “100 percent false.”

In different circumstances, a special prosecutor, under the Justice Department, would be appointed to look into this, Pelosi told reporters

“Does anybody think the rogue attorney general is going to appoint a special prosecutor?” asked Pelosi. “No, because he is implicated in all of this.”

The top Republican in the House, backing up the Trump administration, is dismissing Parnas’s claims.