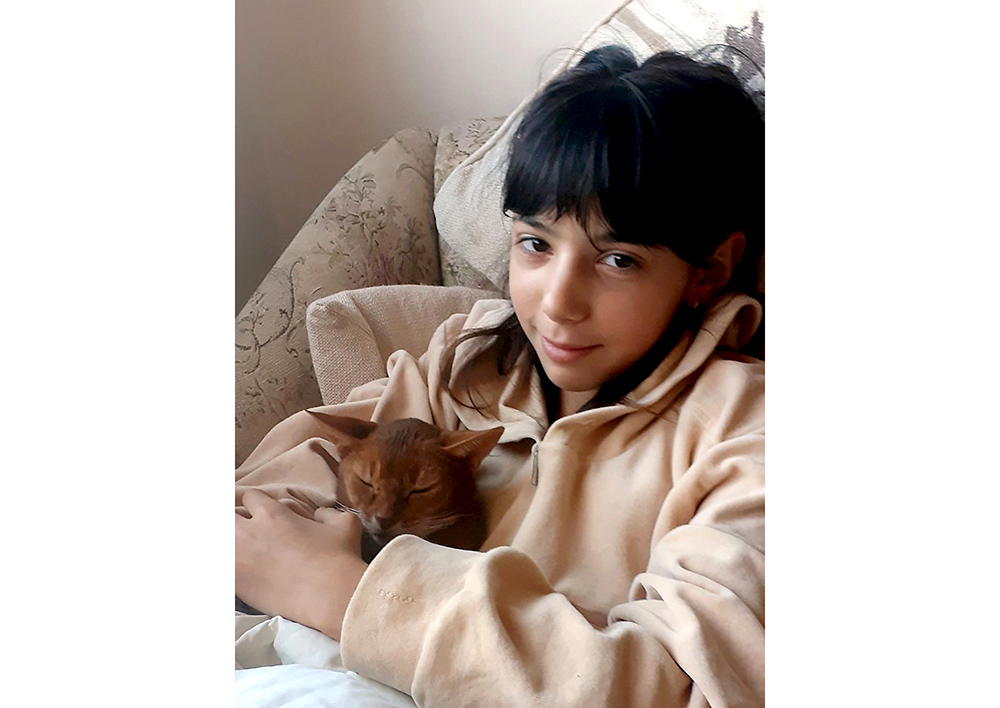 The Orthodox Jewish community is reeling in the wake of the tragic death of 11 year old Shirr Teved, who was killed on Monday night in a massive blaze at her Midwood, Brooklyn home. Photo Credit: Madelyn Novitsky

The Orthodox Jewish community is reeling in the wake of the tragic death of 11 year old Shirr Teved, who was killed on Monday night in a massive blaze at her Midwood, Brooklyn home.

The fire took place at about 10:30p.m. at 757 Ocean Parkway near Foster Avenue. According to officials of the New York City Fire Department, trucks responding to emergency calls found heavy flames shooting out of the windows of the house. The fire grew, becoming a second alarm blaze.

The victim was found unconscious in the burning house and rushed to Maimonides Hospital by Flatbush Hatzolah Paramedics, where she was pronounced dead.

A firefighter was hurt while battling the blaze. He was taken to Cornell Hospital in Manhattan suffering from smoke inhalation. He arrived with “serious, life-threatening injuries” but was later upgraded to stable condition, said spokesman Brian Fitzgerald.

Fire Marshals and the NYPD Detective Squad are working to determine the cause of the fire. No other occupants of the home have yet been identified.

Teved, “like many 11-year-old girls, was a joyful child who loved animals, her neighbors said. Teachers thought she was happy and sweet. Others who knew her described her as a “beautiful girl,’” the New York Times reported. “

According to Fire Department officials, the blaze broke out on the first floor of the building. In all, 25 units and 106 firefighters, paramedics and emergency medical technicians responded to the scene. A department spokesman, Jim Long, said the home’s smoke detectors had gone off as the fire began.

Oddly, the fire was one of three that broke out around New York City at roughly the same time; in fact, within 30 minutes of each other. “Victims in the two other fires were an unidentified man found in a burning Queens Village building, his hands tied behind his back in what is a suspected homicide, and a revered Brooklyn-based philanthropist,” the New York Daily News reported.

The victim was a much beloved member of the community. Madelyn Novitsky, a substitute teacher at Yeshiva Ohel Moshe in Bensonhurst, where Shirr attended school, described her in an interview at the scene with the New York Times as an energetic child.

“Ms. Novitsky said she served as an after-school tutor and had mentored the 11-year-old, who often walked Ms. Novitsky’s dog and played with her cat. Ms. Novitsky also took Shirr to Sabbath dinners and to temple. The two were supposed to meet again for tutoring on Tuesday, Ms. Novitsky said, “to watch ‘Madeline’ cartoons and to do homework.”

According to a New York Times report, a neighbor, Andrew Wolpin, said Shirr used to attend the Shalsheles Bais Yaakov school in the Borough Park section of Brooklyn.

Mr. Wolpin’s niece, a teacher at the school, had known the girl before she transferred to another school, he said.