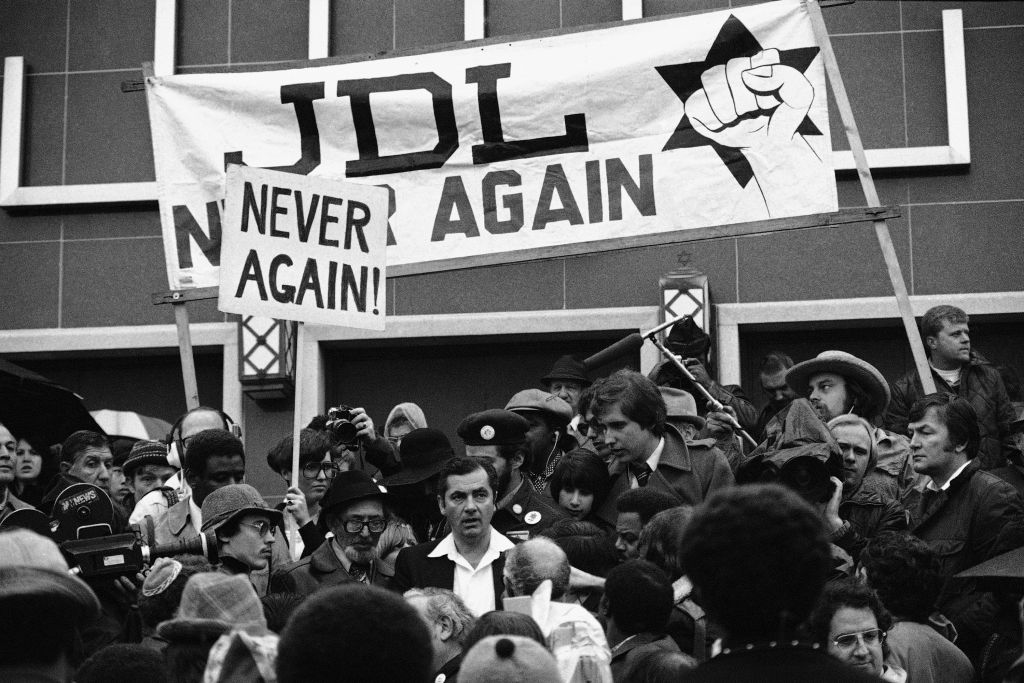 Following in the footsteps of the slain founder of his organization, Rabbi Meir Kahane, the head of the Jewish Defense League has told followers that he is on his way to New York City to face leaders of the African-American community. Photo Credit: Twitter.com

Following in the footsteps of the slain founder of his organization, Rabbi Meir Kahane, the head of the Jewish Defense League has told followers that he is on his way to New York City to face leaders of the African-American community.

“A top priority for the Jewish Defence [sic] League in New York City will be to expose and confront Black organizations and leaders who spread antisemitism within the Black community,” JDL leader Meir Weinstein said in a statement that was posted on Facebook.

“Jewish blood is being spilled almost on a daily basis,” he said during an interview with the New York Post. “The [New York anti-Semitism] march on Sunday didn’t even address the issue as far as we’re concerned.”

JDL, of which not much has been heard for decades, sees recent events as the natural time for a return to prominence. “There’s gotta be action and there has to be things that are addressed,” Weinstein said. “We’re very concerned about the level of antisemitism coming from the black community.”

“Hate doesn’t have a home in our city,” New York City Mayor Bill de Blasio recently noted on Twitter. “Anyone who terrorizes our Jewish community WILL face justice,” he said, adding: “Anti-Semitism is an attack on the values of our city — and we will confront it head-on.”

Actions taken by the mayor have included beefing up patrols in religious Brooklyn neighborhoods like Borough Park, Crown Heights and Williamsburg. Cops are also making a point to stop in and check on houses of worship.

Rabbi Kahane founded the JDL in 1968 in order to protect Jews from local manifestations of antisemitism. Its criticism of the Soviet Union increased support for the group, transforming it from a “vigilante club” into an organization with a stated membership numbering over 15,000 at one point.

The JDL encourages, per its principle of the “Love of Jewry,” that “… in the end … the Jew can look to no one but another Jew for help and that the true solution to the Jewish problem is the liquidation of the Exile and the return of all Jews to Eretz Yisroel – the land of Israel.”

The group has long insisted on an “immediate need to place Judaism over any other ‘ism’ and ideology and … use of the yardstick: ‘Is it good for Jews?'” It argues that, outside of Jews, there are historically no people corresponding to the Palestinian ethnicity.”

Indeed, the Jewish Press recently asked in a headline, “Is It Time To Bring Back The JDL?” It’s answer: “…underlying the question “Should we bring back the JDL?” is the presumption that we possess the ability, the power, the wherewithal, and the will to revive the JDL and that anyone can lead it. This presumption is wrong. For there was a vital ingredient in the JDL’s success that simply doesn’t exist anymore: Rabbi Meir Kahane.”