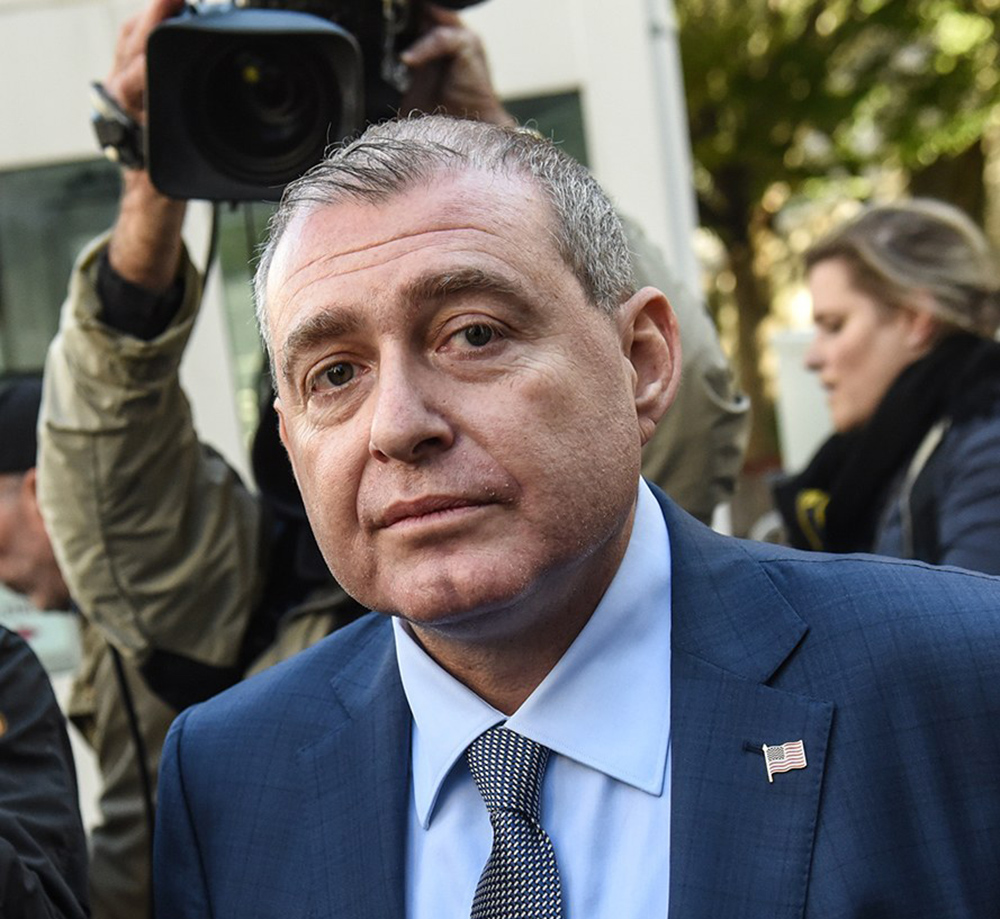 The House Democrats’ desperate 11th hour effort to beef up their incredibly weak impeachment case against President Trump is running ahead at full speed. They are hoping to supplement their House impeachment investigation record for use at the Senate impeachment trial beginning this week with documents that they have obtained from Lev Parnas. Mr. Parnas, an associate of President Trump’s personal attorney Rudy Giuliani, has been indicted on charges of conspiring to violate the ban on foreign donations and contributions in connection with federal and state elections.

Parnas had turned over texts, e-mails, notes, photos, and other documents to the House Intelligence Committee, which the Intelligence Committee Chairman Adam Schiff claims are relevant to the impeachment. Schiff has transmitted the Parnas materials to House Judiciary Committee Chairman Jerrold Nadler. The Judiciary Committee would presumably include these materials, along with transcripts of Parnas’s cable TV interviews with MSNBC’s Rachel Maddow and CNN’s Anderson Cooper, as part of the record of the impeachment investigation for the House managers’ use at the Senate trial. Schiff is the leading House impeachment manager. Nadler is also one of the House managers. The House Democrats cited the Parnas materials in their “Trial Memorandum.”

Indicted Lev Parnas has emerged as the Democrats’ latest central figure in their ongoing melodrama. That is because of Parnas’s unsubstantiated claim that President Trump knew everything about the effort by Mr. Giuliani to pressure the Ukrainian government into investigating the Bidens. The Democrats are hoping that the documents Parnas turned over to the House Intelligence Committee support Parnas’s accusation. However, they do not. The only “evidence” of any direct contacts between Parnas himself and President Trump are a few random photos of the two men together. One of the photos merely shows a desk with nameplates next to each other reading President Donald J. Trump and Lev Parnas, behind which are two empty chairs. This photo could have been easily staged. Parnas has not submitted documentation – texts, e-mails, notes of phone calls, etc.–of any substantive communications directly between Parnas and the president, as far as we can tell from the materials that have been made public.

There is documentation of communications between Parnas and Rudy Giuliani pertaining to Ukraine. However, they add nothing to what we already know concerning Mr. Giuliani’s intense interest in obtaining more information about the Bidens’ activities in Ukraine during the Obama administration. And even assuming that Mr. Giuliani was acting with President Trump’s direct knowledge and consent, so what? Burisma, the Ukrainian energy company which paid no-experience Hunter Biden lucrative compensation for serving on its board, has an undisputed history of corruption on a grand scale. Why shouldn’t the activities in Ukraine of Hunter Biden, and of his father who was then serving as President Obama’s point man in Ukraine and had demanded the firing of the Ukrainian prosecutor investigating Burisma, be considered a legitimate subject for investigation into alleged corruption?

House Democrats are also trying to ensnare House Intelligence Committee Ranking Member Devin Nunes’ aide, Derek Harvey, in some sort of nefarious plot based on texts showing Mr. Harvey’s frequent contacts with Lev Parnas relating to Ukraine. As Politico reports, the “text messages show Harvey asking Parnas to pursue several lines of inquiry with his Ukrainian contacts, including one regarding what Harvey calls ‘rumor’ about coordination between the 2016 campaign of Hillary Clinton and the Ukrainian government to dig up dirt on Trump’s campaign manager Paul Manafort.”

Amongst the material turned over by Parnas was a whatsapp message from Derek Harvey in which he asked Mr. Parnas for “materials” that might shed light on reports of the doubling of U.S. foreign aid to Ukraine from Fiscal Year 2015 to Fiscal Year 2016. Evidently reporting what his sources at the State Department had told him, Mr. Harvey wrote, “Their hunch was that the $ would get grafted by UKR officials, in exchange for $ then given to Clinton Foundation or other social justice causes.” Derek Harvey then asked Parnas to look at “TDY records to Kiev” (possibly a reference to temporary duty assignment records), “cables from DC to post, et al, audit donor aid to UKR.”

Whether these texts lend any credence to charges, in Politico’s words, of Rep. Nunes’ “potential involvement in the Giuliani-led effort to oust [former U.S. Ambassador to Ukraine] Yovanovitch and push the Ukrainian government to announce an investigation targeting Biden,” they provide no proof whatsoever of the first impeachment article’s allegation that President Trump abused his presidential powers. Much of the materials chronicle logistical difficulties in setting up meetings and Skype calls. They show an interest in ferreting out possible corruption involving foreign aid to Ukraine and the Clinton Foundation, but there is barely any mention of the Bidens. In any case, the materials provide no direct evidence proving that President Trump required the Ukrainians to announce a Biden investigation as a precondition to receiving the temporarily withheld security aid. And the aid was ultimately released with no strings attached.

As to the temporary hold on the security aid, the House Democrats are also seizing on the published opinion last week by the Government Accountability Office (GAO) that the hold violated the Impoundment Control Act. The Democrats cited the GAO legal opinion in their Trial Memorandum.

“Faithful execution of the law does not permit the President to substitute his own policy priorities for those that Congress has enacted into law,” the GAO opinion said. “OMB [Office of Management and Budget] withheld funds for a policy reason, which is not permitted under the Impoundment Control Act (ICA). The withholding was not a programmatic delay. Therefore, we conclude that OMB violated the ICA.”

The House Democrats’ use of the non-binding GAO opinion to support their impeachment case is laughable. They are elevating what is at most a non-binding finding of a technical violation, which delayed the release of the security aid to Ukraine for less than two months, into an impeachable offense. The aid was released before the end of the fiscal year on September 30, 2019.

The GAO is not a judicial body. Nor is it an impartial arbiter of a separation of powers dispute between the legislative and executive branches since it works for Congress. Moreover, as Breitbart pointed out, “if a mere GAO finding is sufficient to justify impeachment, then President Barack Obama ought to have been impeached at least seven times over for each of the following cases in which the GAO found that the Obama administration had violated federal law.” The Breitbart article then went on to list these unpunished instances.

The GAO opinion neglected to properly analyze the reasons for President Trump’s temporary hold order that the OMB implemented. The president of the United States, as the Supreme Court has written, is “the sole organ of the federal government in the field of international relations – a power which does not require as a basis for its exercise an act of Congress.” The president decided to temporarily delay the disbursement of aid to Ukraine, a country with a dark history of corruption, until he was satisfied that the current Ukrainian government is taking its anti-corruption pledges seriously. Not only is this within his constitutional powers to set foreign policy priorities. It is consistent with legislative authority granted to the president and the executive agencies under his direction to use foreign assistance programs to combat corruption and encourage good governance.

Sadly, the American people will have to endure more partisan nonsense from the Democrat House managers during the Senate impeachment trial. In the end, the Senate will hopefully do its duty and dispatch these clowns back to the circus tent they came from with a verdict acquitting President Trump of all charges contained in the reckless House impeachment articles.