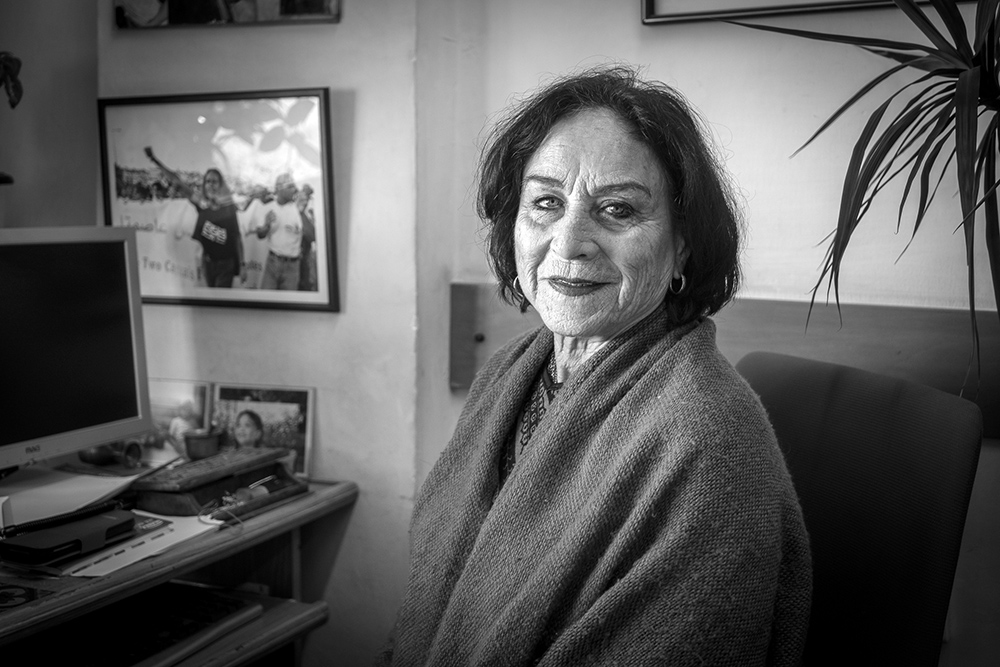 The Bar Association announced Sunday that it has once again appointed Tsemel as chairman of the Military Tribunal committee, after her eight years of service in this role.

Tsemel represented a long list of terrorists, including those involved in the 2000 lynching in Ramallah of two IDF soldiers, Hamas terrorists deported to Lebanon, PLO supporters, as well as Israeli Member of Knesset Basel Ghatas who was convicted of smuggling phones to security prisoners.

The Choosing Life Forum of bereaved families and victims of terrorism accused the Bar Association of “detachment” and “helplessness.”

“This is a spit in the faces of thousands of Israelis who have been murdered over the years by depraved terrorists and as the devil’s advocate Tsemel defended several of them,” the Forum stated.

“This is an unparalleled disgrace,” the Forum said, telling Bar Association head Avi Himmi, “our dear ones’ blood is crying out from the earth.”

The right-wing Otzmah Yehudit party said the Bar Association’s “unfortunate decision” is “a finger in the eye for thousands of families who lost their loved ones who were killed for being Jewish.”

“Of all the lawyers involved in the military courts trying terrorists, the Bar Association chose to appoint the largest terrorist supporter, Leah Tsemel, to chair the committee,” Otzmah Yehudit said.

“Tsemel is the most explicit symbol of betrayal and loss of a moral direction through the unending protection she provides for the worst of Israel’s enemies,” it added.

The Be’tsalmo human rights organization stated that “it is very unfortunate that the Bar Association chose to appoint someone so extreme that even High Court of Justice judges ruled that she is dangerous to the state, for such a sensitive role.”

This decision “joins the appointment of Meretz’s Gabi Laski’ as chairman of the Human Rights Committee. It is evident that someone at the Bar has forgotten that the bureau’s role is state-wide for the entire Bar and not a certain left-wing segment.”

An Israeli film about Tsemel in December made the shortlist for an Academy Award nomination in the Best Documentary Feature category, sparking rage in Israel.

The film “Advocate,” directed by Rachel Leah Jones and Philippe Bellaiche, follows Tsemel as she provides legal assistance to defendants, most of whom were subsequently convicted with terrorism.

The film received harsh criticism in Israel for its positive portrayal of Tsemel as a human rights activist, despite her actions to defend terrorists.