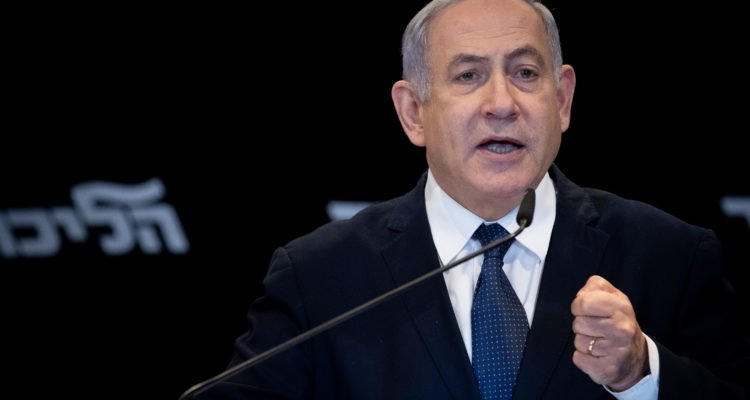 “Let him not preach to Ben Gvir to do what he himself won’t do,” said the Otzma Yehudit statement in response to the prime minister.

Even after Wednesday’s deadline for the submission of party lists running in the March 2 parliamentary election, the drama continues over how many right-wing parties will actually vie for seats in the 120-member Knesset.

Prime Minister Benjamin Netanyahu wants the Otzma Yehudit (Jewish Strength) party to drop out, according to “sources close to the prime minister” who briefed reporters on Thursday.

Most right-wing parties have joined an amalgamated list called Yemina. However, at the insistence of the leader of the list, Defense Minister Naftali Bennett of the New Right party, Otzma Yehudit was left out on the grounds that the party had an extremist agenda regarding Arabs.

Otzma Yehudit leader Itamar Ben Gvir said that he felt betrayed because he had previously reached a deal with one of the parties on the joint list to run together.

However, with the deadline passed for submitting lists, the prime minister feels that there is no choice for Ben Gvir but “to step down” from the race to avoid splitting the right-wing vote and losing parliamentary seats, say his associates.

“I urge Otzma Yehudit to assume responsible leadership and withdraw from the race so we don’t repeat past mistakes,” said Culture Minister Miri Regev, a strong Netanyahu ally.

After two Knesset elections in 2019 which did not produce a new government coalition, Netanyahu has been urging unity in the Right to help the chances of attaining a better result in the upcoming March election.

The prime minister’s associates were calling on Ben Gvir to show the same “responsible” behavior as that of MK Stav Shaffir.

Left-wing parties Labor and Meretz have decided to run as a merged list and Shaffir, who was kept out, announced on Wednesday that she would not be running separately, and would take a break from parliamentary life, in order to avoid creating a split among the Left’s electorate.

Those parties are trying to replace Netanyahu with Blue and White leader MK Benny Gantz as prime minister.

Otzma Yehudit lashed back at the prime minister on Thursday, charging that if Netanyahu had “stepped down from his position, a government would have been established,” a reference to the complications in forming a governing coalition in the Knesset due to indictments facing the prime minister in three cases of alleged corruption.

“Let him not preach to Ben Gvir to do what he himself won’t do,” said the Otzma Yehudit statement. (World Israel News)