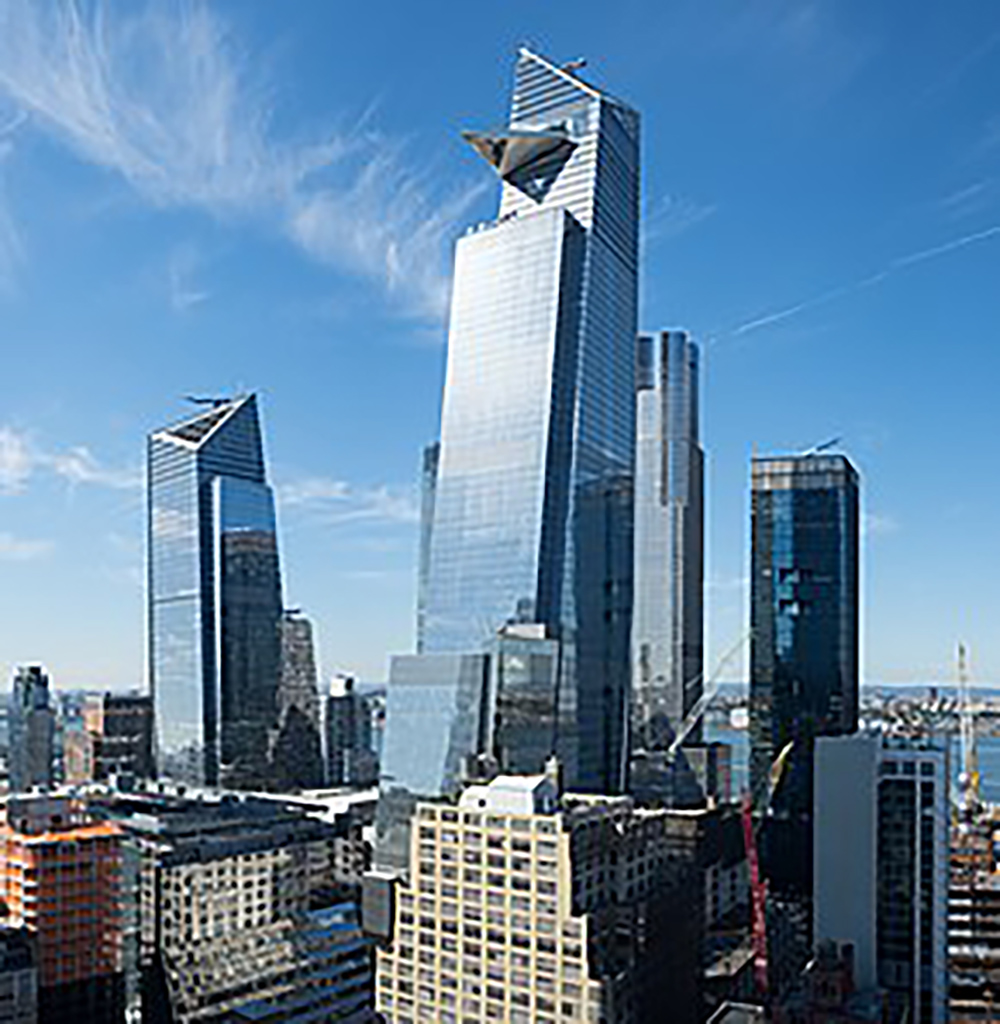 New Yorkers were given a sneak peek at the 3 Hudson Boulevard tower this week. The new tower will be going up close to Hudson Yards. Photo Credit: Wikipedia.com

New Yorkers were given a sneak peek at the 3 Hudson Boulevard tower this week.

The new tower will be going up close to Hudson Yards.

The look of the 56-story tower was shown in artist’s renderings. It will take up a full block surrounded by 11th Avenue, 34th Street, Hudson Boulevard and 35th Street. Co-developers on the project are Boston Properties and The Moinian Group, while leasing is being handled by JLL.

The project – designed by FXFOWLE Architects — is expected to have more than 2,000,000 square feet of real estate.

Construction was originally supposed to begin in mid-2014 or 2015, with the building’s completion planned for 2017. Completion was later rescheduled for 2021.

The foundation was handled by the Metropolitan Transportation Authority, because the subway station is directly underneath; the rest of the building is being built by Moinian Group. The foundation works started May 2016. A groundbreaking ceremony was held November 3, 2017.

Set atop rail yards, Hudson Yards is altering the Hudson River skyline with its rising skyscrapers. Shops & Restaurants at Hudson Yards, a mega-mall, features restaurants from star chefs, such as David Chang and José Andrés, and is home to the city’s first Neiman Marcus. The towering sculpture, New York’s Staircase (aka Vessel) and The Shed, an innovative visual and performing arts center, also command attention.

The project has hit some high profile bumps along the way. According to The New York Post, there have been a trio of design iterations, though a representative for the developer told the paper they were sure the latest design would stick.

“The plan comes from architecture firm FXCollaborative and includes a multi-story open lobby and office floors with 50,000 square foot floorplates,” noted Crain’s New York Business. “A spokeswoman for the developers said they are aiming to have tenants start moving in late 2023. The investors are still looking for an anchor tenant, however. The Moinian Group purchased the property from Verizon in 2005 for $55 million.”

Expectations remain understandably high. “In the coming years, the intersection of 34th Street and Hudson Boulevard will house one of the most imposing skyscraper clusters in the city,” is how cityrealty.com described the project. “Across from the recently-completed 55 Hudson Yards and under-construction supertalls Spire and 50 Hudson Yards, Boston Properties and Moinian Group have filed permits for 3 Hudson Boulevard, a mammoth 888-foot-tall, 56-story skyscraper that would hold 1.5 million square feet of commercial space. Like its peers at the intersection, the FXCOllaborative-designed tower would leave a hefty imprint on the skyline, rising without setbacks from the base to the flat-topped crown.”