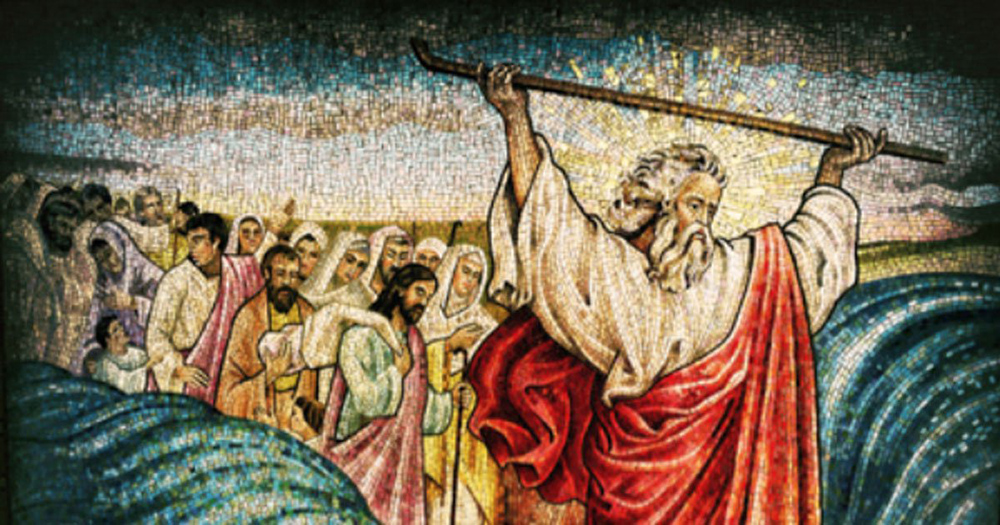 In this parsha, we meet the greatest man who ever walked on planet earth, the man who actually spoke to G-d face to face — Moshe Rabbenu — Moses, Our Teacher. Photo Credit: Ancient Origins

In this parsha, we meet the greatest man who ever walked on planet earth, the man who actually spoke to G-d face to face — Moshe Rabbenu — Moses, Our Teacher. Moses was brilliant, strong, handsome, and powerful, yet it was not for any of these reasons that he was chosen to be a leader.

The Torah testifies that no man ever lived who even came close to his greatness. While we cannot fully comprehend his majesty, we will try to define that which made him awesome and worthy of leadership; perhaps the best way to do so is to contrast his life to that of Noah.

Initially, the Torah describes Moses in very modest terms. The daughters of Jethro even refer to him as “an Egyptian man” (Exodus 2:19). On the other hand, Noah is described in glowing terms as a tzaddik, “a righteous perfect man” (Gen. 6). At the end of their lives however, their roles are reversed. Moses is called “The servant–the man of G-d” (Deut. 34:5), and Noah, is called “the man of the earth” (Genesis 9:21). What was it that led to the ascent of Moses and the descent of Noah?

The mark of a great person is evidenced by the extent of his ability to feel for, relate to, and give to others. Moses` love for people knew no bounds. He was adopted by the Princes of Egypt and could have lived the life of royalty, but he chose to leave the palace to help his brethren in their bondage (Exodus 2:11). He actually took on their pain and suffering and felt the heartbeat of every Jew.

Moses` concern however was not limited to love of his people — his compassion even extended to his flock of sheep. The Midrash relates that G-d chose Moses as the leader of the Jewish people when He saw the tenderness with which Moses carried a thirsty little lamb on his shoulder.

In contrast, Noah’s main concern was for himself. Yes, he built the ark as G-d had commanded, but he never put his life on the line to save others. He never pleaded with G-d to save his generation. On the other hand, when the survival of the Jewish people was in jeopardy following the sin of the golden calf, Moses pleaded with G-d to forgive the people, or “erase my name from Your Book.”

The Torah teaches that we measure our success, not by what we achieve for ourselves, but rather, by how we impact on our fellow man and the extent through which we become a blessing to others. This does not mean that we should neglect ourselves or our own needs, but rather, that we should expand ourselves to include others and make their concerns our own.

The average person may better relate to this concept through the one-ness he feels with his immediate family, but if he can extend this one-ness this love, to encompass a larger circle, his own soul will expand and he will emerge stronger and better for the experience. Moses came by this love naturally.

His mother, Yocheved, and his sister, Miriam were the midwives of the Jewish community who courageously defied Pharaoh`s decree and saved the babies. And more — they lovingly cared for every infant as if it was their own.

Moses was known in Kabbalah as Ro-eh Ne`eman – the faithful shepherd of Israel. Every soul was dear and precious to him, and he cared for and worried about all of them. While we cannot attain the greatness of Moses, we can endeavor to emulate him in some measure and bond with our brothers, feel their pain, rejoice in their joy, and extend chesed to them.