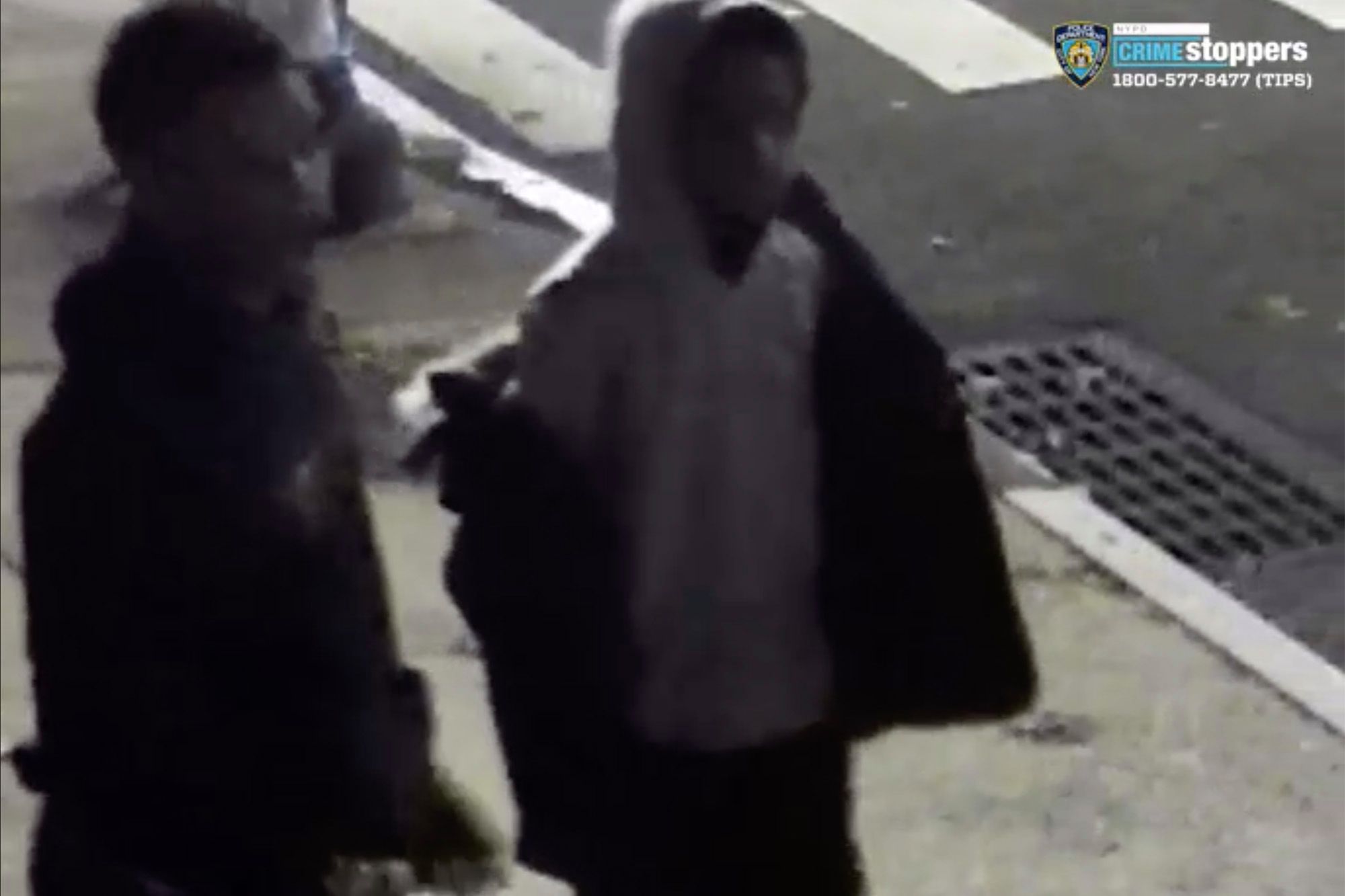 Most American Jewish organizations, including the ADL, have insisted that the greatest danger to Jews was coming from white Christian conservative men. They refused to name Islamic Jew hatred or black American, black Caribbean, or black African Jew hatred.

The word is out. If you hate your life, if you are filled with rage, if you are mentally ill and off your meds—or on them, but they don’t help—you can stab, shoot, sucker punch, and verbally humiliate a visibly Jewish person in public

Once Jewish blood is flowing in the streets and in the shuls, it is already too late, not to fight back, that is never too late, but to stem the tide of Jew hatred. The propaganda war against the Jews, the many thousands of Blood Libels, repeated in every language on earth, 24/7 for the last 50-100 years, has inevitably led us to where we find ourselves today.

We are in the midst of our own slow motion version of Kristallnacht, as my colleague Jack Engelhard has noted.

Now, all the well-meaning late-in-the-day calls for stepped up security measures, re-education, and rehabilitation; the grandstanding press conferences and petitions signed by “faith leaders” leave me cold. Even CAIR—the Muslim Brotherhood in the United States—held a solidarity rally with Orthodox Jews under siege.

Why cold? Because these are the very people who should have been sounding an alarm against Jew hatred long ago—instead of blatantly engaging in it; systematically denying its genocidal history and epidemic nature; viewing it as emanating from one source only: white, right wing, conservatives, as opposed to the entire Muslim world, aided and abetted by their lacky, the United Nations; by left wing “progressives” whose obsessive anti-Zionism is part of what’s new about Jew hatred; and by people of color, Muslim and African, in both in the United States and Europe.

For years, organized American and European Jewry have refused to take a courageous stand about Jew hatred. Please note that I am not calling this “antisemitism.” I have been using the phrase “Jew hatred” for many years now, sometimes the regrettably ungraceful term: “Judeophobia”. Scholar Shulamit Magnus has a very good piece about this. In short: Jews are not a “race,” we are a people, and we exist in all the colors of the rainbow. Arab Muslims and Arab Christians are also Semites and the term “antisemitism” applies to them as well.

Most big-monied American-Jewish groups have tended to universalize antisemitism as “racism” or “prejudice,” perhaps in the hope that Jew haters who oppose anti-black, anti-brown, and anti-immigrant racism would therefore magically realize that nearly half of all Jews, at least in Israel, are black, brown, or olive in skin color and that even white-skinned Ashkenazi Jews are human beings who are currently being verbally and physically menaced, shot down, stabbed, punched, and blown up in Israel and in the West.

I started writing about this almost full-time in the fall of 2000. I saw the writing on the sky. I’d seen it before in the early 1970s and 1980s, but never so clearly, never so alarmingly. Others did too. Some had been our shomrim for a long time. They were barely and only rarely heeded and were defamed as conservatives.

However, most American Jewish organizations, including the ADL, insisted that the greatest danger to Jews was coming from white Christian conservative men. They refused to name Islamic Jew hatred or black American, black Caribbean, or black African Jew hatred. The media happily kept quoting such views. Oddly, the ADL’s own stats, which they’ve released over many years, tells us another story.

In 2007, the ADL found that anti-Semitic (Jew-hating) views in the (non-African) American population was 14% as compared to 22% among Black-Americans.

In 2009, the ADL found that 12% of the (non-Black) American population held anti-Semitic views as compared to 28% among Black Americans.

In 2011, the ADL found that 15% of (non-Black) Americans held anti-Semitic views as compared to 29% of Black Americans.

In 2016, the ADL reported that (non-Black) Americans held anti-Semitic views 14% of the time as compared to 23% among Black Americans.

While such negative views appear to be going down, Black-Americans still hold Jew-hating views nearly twice as much as (non-Black) Americans do.

In the last fifty years Blood Libels against Israel and the Jews have intensified. By the 21st century, pro-Israel professors and students on campus in the West were very uncomfortable and objectively endangered. They had to hide their Zionist and totally fact-based views in order to survive—just as an increasing number of Orthodox Jews in Europe and America have had to hide their stars of David and their kipas under baseball caps.

A friend just called me from London. She is not Jewish but she posted a Jewish star and the Israeli flag on social media in solidarity with us. “I got blowback, I got yelled at, some of what I posted got taken down.”

Another friend also just called me in a slight panic. “I must discuss with you an antisemitic incident. I want your advice about how to best handle this.” I have not had time as yet to call him back.

As we’ve all said: The most dangerous of genies is now not only out of the bottle but is flying around right over our heads. There is no going back.

Random, lone attacks on visible Orthodox Jews by marginalized and mentally ill members of an underclass is fully underway. In France, you can torture and murder a sweet, elderly Jewish woman and get away with it as long as you’re “high on marijuana.” In Brooklyn, New York, my hometown, on subways going to Brooklyn, in nearby Jersey City and Monsey, the word is obviously out. If you hate your life, if you are filled with rage, if you are mentally ill and off your meds—or on them, but they don’t help—you can stab, shoot, sucker punch, and verbally humiliate a visibly Jewish person in public.

One must ask: Why are Jews being targeted? Why not Christians or Muslims?
That’s because our entire culture, country, and world has been marinated in Jew hatred. Bits and pieces of it are flying all around just waiting to be snatched up and acted upon. That’s the genie.

Mentally ill people take certain ideas quite literally. Someone who is very bright may also be a paranoid schizophrenic or a manic-depressive who can latch onto a designated scapegoat and act upon what’s out there in the consciousness of the collective.

We assume, wrongfully, that a mentally ill person is so disabled by his or her illness that they are incapable of planning such attacks against Jews. And yet, clearly, they do scope out the best territory, buy weapons, plan a strategy, and carry it out. And, they also attack Jews spontaneously. There is an electrifying permission all around us.

-Mental illness should no longer be a “get out of jail card” in such instances.

-Jews must defend themselves as individuals and as communities. It must be made clear that we can do this, that there will be a price to pay for attacking a vulnerable and visible Jew. True, there is always the danger that Jewish self-defense will be seen and treated as provocation and retaliation might be far out of proportion. Our Israeli brethren deal with this problem every hour of every day. It is time for American and European Jews to seek their advice and consider how they “manage” the “matzav,”

-These recent attacks upon Jews in the United States are not similar to what happened in Nazi Germany in the 1930s. There is no political mandate, no politician who is planning to exterminate every single Jew in the West. However, there is a dangerous brew of anti-Zionism in the media, among European leaders, and, with many exceptions, in our current Democratic Party. This is part of the marinade in which lone and mentally ill people are stewing.

-There are also ideological Jew haters and Jew killers in the United States. So many Jihad attacks beginning with 9/11 have afflicted us. Calls for both Jewish and infidel deaths are rampant among fundamentalist and extremist Muslims. Certain Imams in American jails call for our deaths every day. To the extent to which African-American and Hispanic-American men are jailed (rightly, wrongly, unfortunately, unjustly), they sometimes re-enter society as Muslim soldiers. Or as supporters of Jihad. Similar calls are made in certain mosques every Friday or five times a day, every day.

The good news: Earlier today, a seventeen year-old Muslim boy, Ahmed Khalifa, saw a much taller, 31 year old African-American man suddenly assault a visibly Orthodox Jewish woman on the train. There was blood. She was crying. Her glasses were broken. Guess what? Khalifa-the-hero followed that man, Rayvon Jones, as he fled and managed to help the police find and arrest him. God bless this young man from Sudan who was trained to know right from wrong and who refused to act as a bystander at this moment in history.

The writer is a Ginsburg-Ingerman Fellow at the Middle East Forum, received the 2013 National Jewish Book Award,.authored 18 books, including Women and Madness and The New Anti-Semitism, and 4 studies about honor killing, Her latest books are An American Bride in Kabul, A Family Conspiracy: Honor Killing and A Politically Incorrect Feminist.