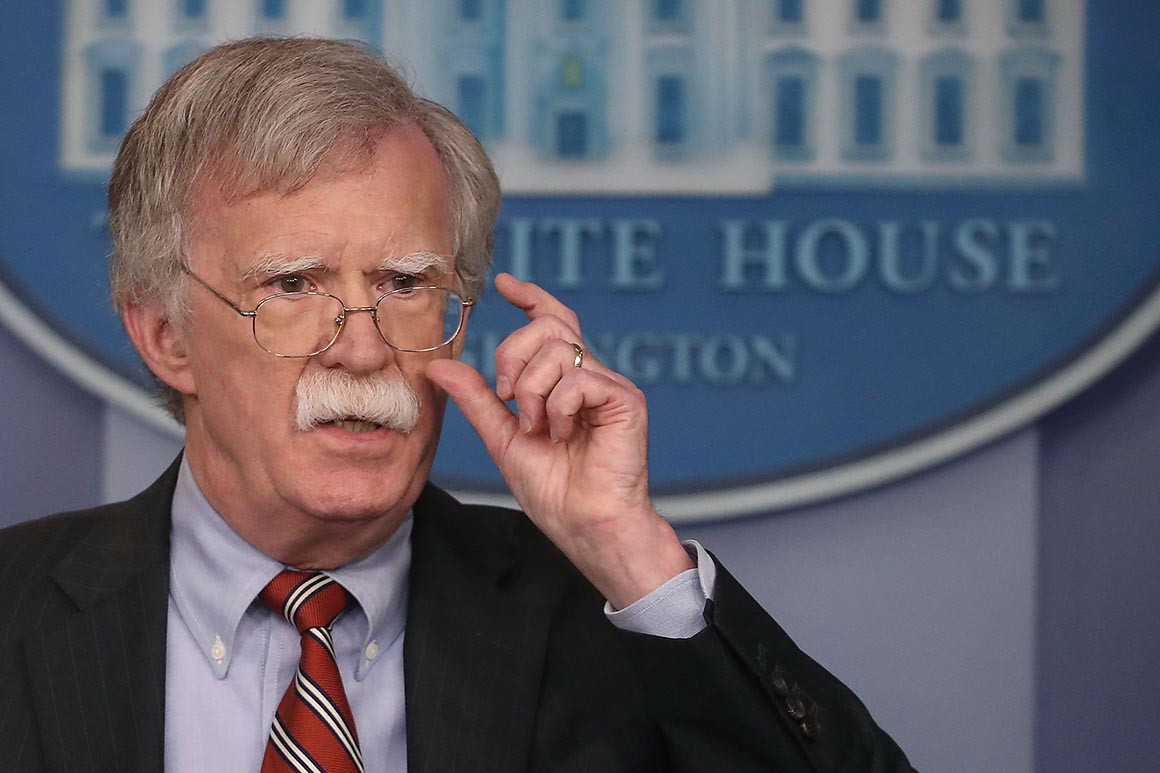 President Trump’s lawyers continue their case in his impeachment trial, a yet-to-be-published memoir by John Bolton could blow up one of their major defenses.  Photo Credit: Mark Wilson/Getty Images

President Trump’s lawyers continue their case in his impeachment trial, a yet-to-be-published memoir by John Bolton could blow up one of their major defenses.

The New York Times reports that the former national security adviser writes Trump personally told him that he is withholding $391 million in military aid to Ukraine until it announces an investigation into Democratic presidential contender Joe Biden for alleged corruption.

The newspaper cites several people who have seen the Bolton manuscript as its source.

House Democrats contend Trump froze the congressionally-mandated aid to Ukraine, along with a desired White House visit by President Volodymyr Zelenskiy, on the promise of a probe of Biden and a debunked theory that it was Ukraine, not Russia, which interfered in the 2016 U.S. election.

While Trump’s legal team says the president had the authority to hold up aid to Ukraine, the freeze had nothing to do with any investigations. They say the president was concerned about corruption in Ukraine and wanted European nations to pitch in more to help Ukraine fight Russian-backed separatists.

Trump’s lawyers say the fact that Ukraine eventually got the money it was promised and that there was no investigation of the Bidens proves there was no quid pro quo between Trump and Ukraine.

Democrats say Trump released the aid only because “he got caught” by asking Zelenskiy to do a “favor” by investigating the Bidens during a July telephone call.

Bolton has said he is willing to appear as a witness if the Senate votes to allow witnesses and additional evidence. House Democratic impeachment managers say they want to hear from him.

“The Senate trial must seek the full truth and Mr. Bolton has vital information to provide,” the managers said in a statement late Sunday. “There is no defensible reason to wait until his book is published when the information he has to offer is critical to the most important decision senators must now make – whether to convict the president of impeachable offenses.”

There has been no response to the Times report so far from the White House.

Trump’s defense team will go into its second day of presenting its case to the 100 senators Monday.

Trump claimed Sunday that his lawyers “absolutely shredded” Democrats’ case that he should be convicted of impeachment charges and removed from office after their first day of their defense.

“The Impeachment Hoax is a massive election interference the likes of which has never been seen before,” he tweeted.

Trump attacked the Democrats’ lead prosecutor in the case, Congressman Adam Schiff, as “a CORRUPT POLITICIAN, and probably a very sick man. He has not paid the price, yet, for what he has done to our Country!”

Schiff told NBC’s Meet the Press he believes Trump’s comments were intended as a threat.

“This is a wrathful and vindictive president; I don’t think there’s any doubt about it,” Schiff said. “And if you think there is, look at the president’s tweets about me today, saying that I should ‘pay a price.’”

White House counsel Pat Cipollone began his defense Saturday during two hours of arguments on the two impeachment charges Trump is facing — that Trump abused his presidency and obstructed congressional efforts to investigate his Ukraine-related actions.

Cipollone said Trump’s legal team does not believe that Democrats from the House of Representatives prosecuting the case came “anywhere close to meeting their burden” that Trump committed “high crimes and misdemeanors” — the U.S. Constitution’s standard for impeachment and removal from office.

Now, Cipollone and other Trump defense attorneys have said they will expand on their defense, in part focusing on why they believe there was nothing wrong with Trump’s request last July to Ukrainian President Volodymyr Zelenskiy to investigate Biden, his son Hunter Biden’s work for a Ukrainian natural gas company and the Ukraine election meddling theory. No evidence has ever surfaced against the Bidens.

Over three days last week, seven House Democrats laid out their case that Trump endangered U.S. national security to benefit himself politically by asking for the Biden investigations by Ukraine at the same time he was withholding $391 million in military aid that Kyiv wanted to help fight Russian-backed separatists in eastern Ukraine.

“The evidence against the president is overwhelming,” Congresswoman Val Demings, one of the House impeachment managers, told ABC News’ This Week Sunday.

Criminal defense attorney Alan Dershowitz, part of Trump’s legal team, told Fox News Sunday that he will argue that there is not a “legally constitutional” argument that Trump can be impeached. He claimed that the offenses he is accused of have “to be a crime,” a contention disputed by scholars supporting Trump’s impeachment in the House and conviction in the Senate. (VOA)