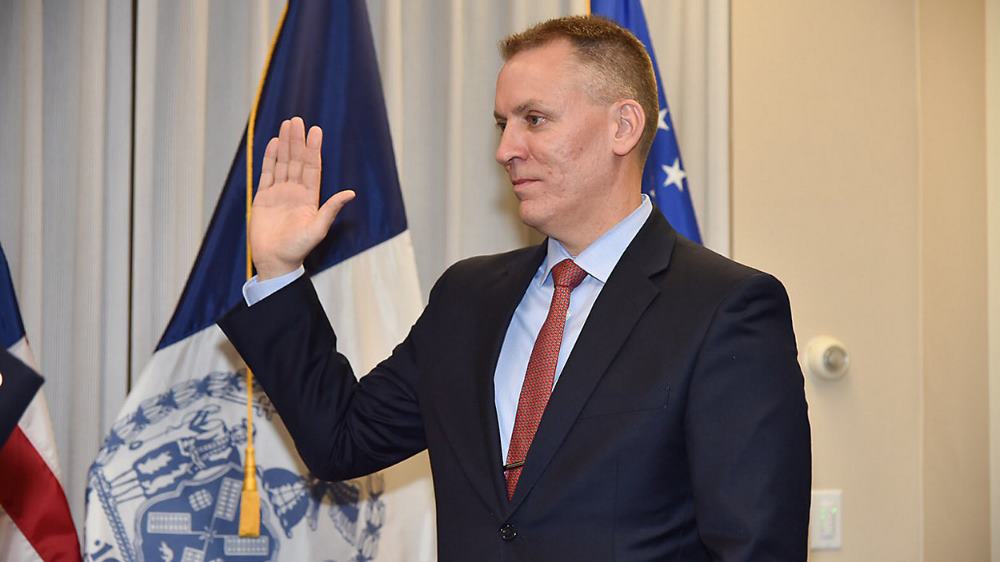 New York City’s new Police Commissioner Dermot Shea a was sworn in Dec. 2, following in the footsteps of James O’Neill, who left after three years on the job to become a security chief at Visa. Photo: Courtesy of the NYPD

New York City’s new Police Commissioner Dermot Shea a was sworn in Dec. 2, following in the footsteps of James O’Neill, who left after three years on the job to become a security chief at Visa.

He has hit the ground running.

Shea, “the son of Irish immigrants who grew up with four siblings in Queens, wants the NYPD’s 36,000 officers to remember their jobs are primarily about people — whether that means rushing to a crime scene, comforting a victim or merely lending a hand,” noted the Associated Press.

He is aiming to make a mark on crime, but he arrives at an interesting point: New York City’s crime is down. According to the NYPD, New York City achieved record low overall index crime in 2019, improving upon last year’s records for public safety and crime reduction in the modern era. In 2019, overall crime is lower than in 2018, dropping to a new benchmark of approximately 95,000 incidents – with 872 fewer victims than last year. This achievement comes as the New York City Police Department more effectively responds to an increasing volume of calls for help. Radio runs increased to 6.4 million last year, compared with 4.8 million in 2015, an increase of roughly 1.5 million radio runs citywide. Since 2015, response times for both crimes in progress and critical crimes have dropped 23 and 43 seconds, respectively.

That said, the new commissioner has been busy anyway. “It’s been an eventful first month for Commissioner Shea, between a rash of anti-Semitic attacks and the fatal stabbing of a Barnard College freshman — a case with the added sensitivity of youth suspects,” AP noted. “Then there were the security implications after the U.S. last week killed a top Iranian general, and continued fallout from statewide reforms that eliminate bail for nonviolent felonies.”

“We’re at a unique point, just as we were at a unique point in 2014 and we pivoted away from how we policed this city and maintained order and drove crime down and accomplished that softer touch,” Shea told AP. “Because we’ve gone through that process already, where neighborhood policing started the last couple of years, where we’ve started to build a lot of these relationships, we’ve changed the mindset of officers on what policing looks like.”

Shea began his law-enforcement career in April 1991, assigned as a Police Officer in the 46th Precinct in the Bronx. He was promoted to Sergeant in April 1994, and served in the 52nd Precinct. When promoted to Lieutenant in November 1997, he served in the 24th Precinct, as well as the Manhattan South and Bronx Narcotics Divisions. After his promotion to Captain in July 2002, he served in Patrol Borough Bronx, and the Bronx and Queens Narcotics Divisions. He next served as executive officer of the 47th Precinct, and then was designated as commanding officer of the 50th Precinct, where he was promoted to Deputy Inspector in December 2007.