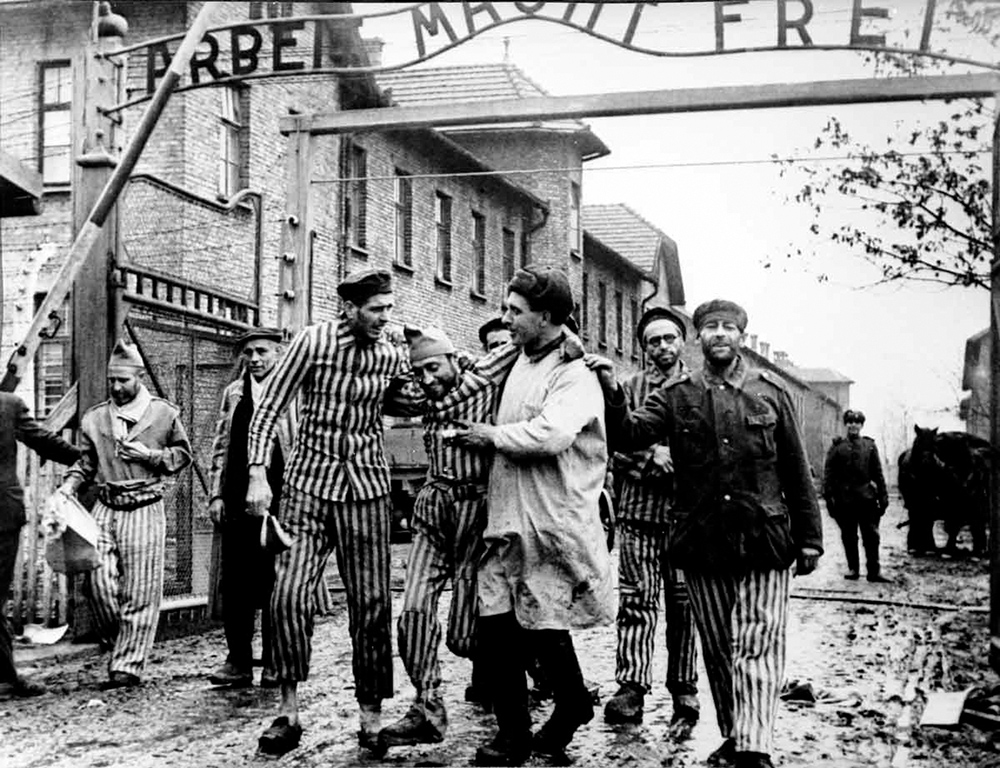 What is evil, and how does one comprehend its place in our lives? In Judaism, the question of evil and suffering is expressed in the following statement: “Tzadik v’ra lo, rasha v’tov lo,” a righteous person, and bad comes to him, a wicked person and good comes to him. Why do righteous people suffer and experience hardship, while the “wicked” seemingly do not experience pain and suffering?

After the Shoah one would have expected Rabbi Dr. Joseph B. Soloveitchik, the Rav, to analyze and lecture on this unique tragedy and period of Jewish suffering. Although the Rav refers to the Shoah, he does not provide his students with a comprehensive explanation for this horrific period.

To explain the Rav’s understanding of the evil of the Holocaust one must read his views on evil and suffering throughout Jewish history and extrapolate from these writings lessons for the Holocaust. In his most extensive work on suffering, Kol Dodi Dofek — The Voice of my Beloved Knocks — the Rav says that we cannot comprehend the nature of evil, because we do not have the full understanding of the world. He unequivocally affirms that evil does exist, but any effort to romanticize evil is not intellectually honest.

The Rav writes: “Judaism, with its realistic approach to man and his place in the world, understood that evil could not be blurred or camouflaged, and that any attempt to downplay the extent of the contradiction, and fragmentation to be found in reality will neither endow man with tranquility, nor enable him to grasp the existential mystery” (p. 53).

People have an obligation to recognize that evil exists, but understanding its essence is beyond human intellectual capacity. How can one struggle with the question of suffering? The Rav elaborates further on the idea of evil in Fate and Destiny: From Holocaust to the State of Israel, in which he states that the distinction between the two is where the answer to suffering lies. Rabbi Dr. Walter S. Wurzberger, a prominent disciple of the Rav, writes, “The Rav … maintains that it is senseless to raise the metaphysical question of why there is evil in the world. The human mind is simply not equipped to tackle this problem.

To engage in theodicy is an exercise in futility. Instead of looking for an explanation of our fate — for example, why a particular evil has struck us — we should ask ourselves how we can respond to evil in a manner that will enable us to emerge from this experience as better moral and spiritual beings” (p. VII). Fate, the Rav says, is an existence of compulsion — “Against your will you will live out your life” (Pirkei Avot 4:29, p. 52, Kol Dodi Dofek, Theological and Halakhic Reflections on the Holocaust). The man (or woman) of fate has no free will, nor ability to choose his own life’s path.

Things happen to this person, without his involvement. The fated existence is passive, and arbitrary. Destiny, however, is the different.

The Rav characterizes it as “Against your will you are born and against your will you will die, but you live of your own free will” (p. 54, Kol Dodi Dofek). An existence of destiny is a life of choice, innovation, strength and action; one engages with his surroundings.

The Jewish approach, says the Rav, is to transition from a fated life, to a destined life (p. 54 Kol Dodi Dofek). In “fated lives,” evil happens to us. We suffer, and we have no control. In a life of destiny we do not focus on the tragedy that befalls us. “What must the sufferer do, so that he may live through his suffering?” is the Jewish legal question the man of destiny asks. “What obligation does suffering impose upon man? … We do not inquire about the hidden ways of the Almighty, but rather about the path wherein man shall talk when suffering strikes,” says the Rav.

This reaction to suffering and evil is extremely unique. It seems that the Rav is suggesting that people have an obligation, when bad things happen to them, to use their suffering in a productive manner. The Rav tells us that according to Halachah, “Afflictions come to elevate a person, to purify and sanctify his spirit … to refine his soul and to broaden his horizons. In a word, the function of suffering is to mend that which is flawed in an individual’s personality.

The Halachah teaches us that the sufferer commits a grave sin if he allows his troubles to go to waste and remain without meaning or purpose” (p. 56 Kol Dodi Dofek). The Rav therefore maintains that it is a uniquely lonely experience to be a man of religious faith. The individual who suffers and keeps his religious faith has the obligation to respond in a positive fashion to repair the world.

This is God’s response to Job, a righteous individual who has suffered tremendously. In the Biblical narrative, Job struggles to understand why terrible things happen to him. Eventually, God comes to Job and informs him how to productively use his suffering.

In the Rav’s Days of Deliverance: Essays on Purim and Hanukkah, he states, “Not too long ago we lost six million Jews, one third of our population. But, on the whole, we have emerged victorious. We still maintain our identity; we are still committed to the same goals to which our ancestors were committed millennia ago” (p. 188).

The Rav writes, “ During the terrible Holocaust when European Jewry was being systematically exterminated in the ovens and crematoria, the American Jewish community did not rise to the challenge, did not act as Jews possessing a properly developed consciousness of our shared fate and shared suffering as well as the obligation of shared action that follows therefrom, ought to have acted. We did not sufficiently empathize with the anguish of the people and did very little to save our afflicted brethren” (p. 97, Kol Dodi Dofek).