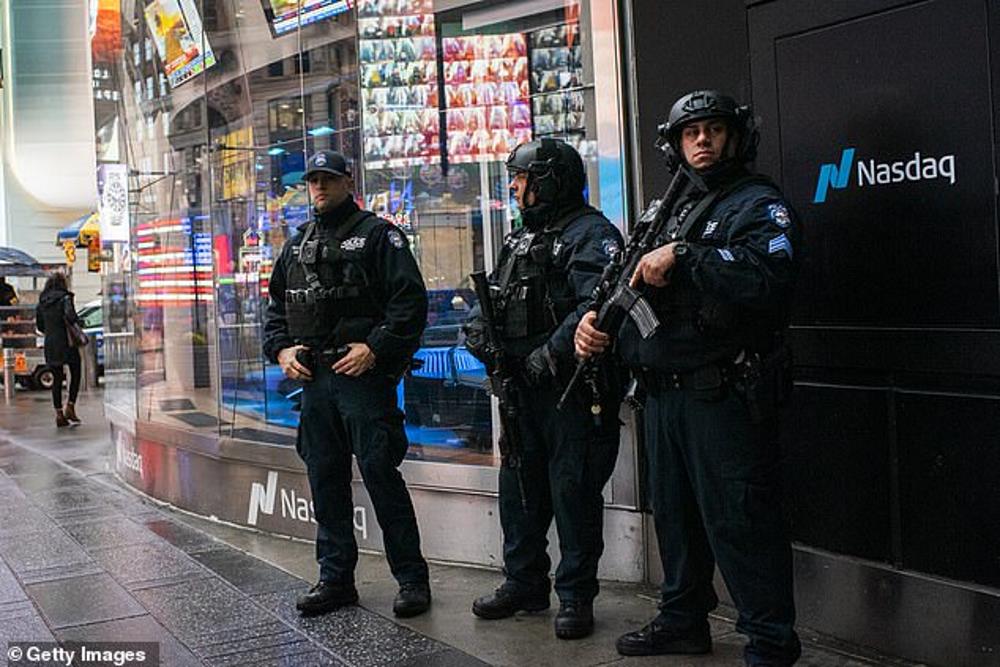 Major cities, including New York and Los Angeles, have said they are stepping up security in the aftermath of the airstrikes to prevent any revenge attacks. Pictured above officers stand guard at Times Square Friday. Photo Credit: Getty Images

The threat posed by Iran-backed Hezbollah sleeper cells embedded in major American cities has once again come to the fore following the killing of Iran’s Quds Force General Qassem Soleimani, according to a report on the Infowars web site.

Following the Friday morning assassination of the Iranian military leader, authorities in both New York and Los Angeles announced that they were ramping up security in readiness for possible revenge attacks on U.S. soil.

Infowars reported that this is because Iran is known to have placed Hezbollah terrorist sleeper cells throughout not just Europe but the United States too.

Last year, the the criminal prosecution and conviction in New York of the Hezbollah operative Ali Kourani revealed that the terror outfit has already plotted to attack U.S. interests inside the country and is ready to activate if it considers the existence of either Hezbollah or Iran to be at stake.

NYC Mayor Bill de Blasio said they would be protecting key locations from ‘any attempt by Iran or its terrorist allies to retaliate against the U.S.’

‘We have to assume this action puts us in a de facto state of war,’ he told a press conference on Friday.

No one has to be reminded that New York City is the number one terror target in the United States. We have to recognize that this creates a whole series of dangerous possibilities for our city,’ de Blasio said.

‘We have plenty of knowledge of previous efforts by Iranian proxies to scout and target locations in New York City. Hezbollah and others have made it a point in recent years… We know there’s been an effort to target and prepare to attack in New York City in the past.’

The mayor said the threat has changed significantly given the resources that a state such as Iran has compared to non-state organizations like Al Qaeda or ISIS.

In a series of tweets later on Friday, de Blasio added: ‘We are in an unprecedented situation today, but the NYPD is ready for any scenario. New Yorkers will see heightened security at locations around the city, but there is NO credible and specific threat at this time. If you see something, say something.

‘The NYPD has a strong relationship with our security and intelligence partners around the country and the world. They will be working together non-stop to keep New Yorkers safe, and I have absolute faith in them. Everyone should go about their lives unafraid.

‘The United States should not go to war with Iran. We are in completely uncharted territory, and no one knows what the consequences of this attack will be in the coming weeks, months and years. This decision can ONLY be made by Congress, speaking for the American people.’