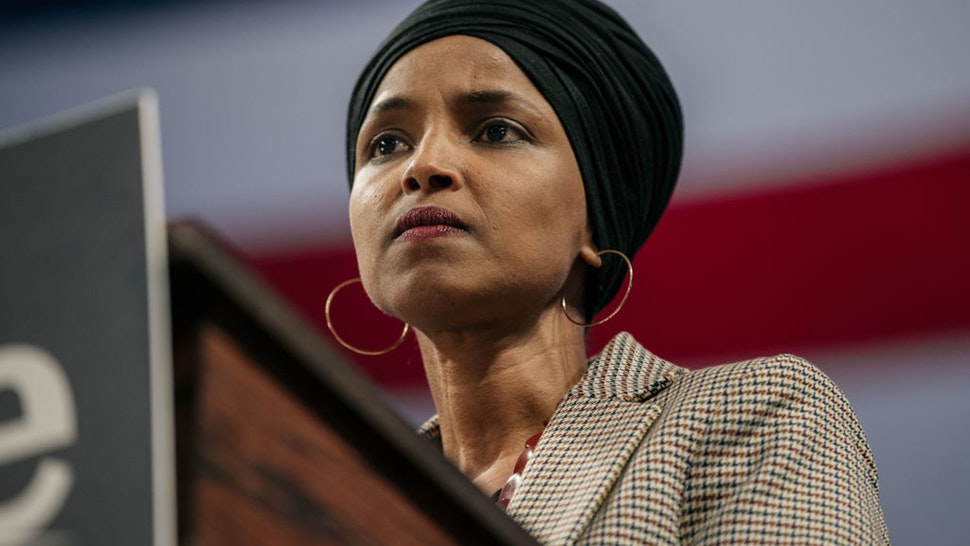 “I feel ill a little bit, because of everything that is taking place and I think every time I hear of conversations around war, I find myself being stricken with PTSD,” Omar said during a press conference held by the Congressional Progressive Caucus. “And I find peace knowing that I serve with great advocates for peace and people who have shown courage against war.”

According to a Washington Free Beacon report, Omar has previously referenced her post-traumatic stress disorder to excuse a 2012 tweet that said Israel “hypnotized” the world, an anti-Semitic trope. “You know, I have PTSD around, like, guns and ammunition and bombs,” she told the New Yorker, citing her childhood in war-torn Somalia.

The WFB also reported that at other times Omar has used the term in a more joking manner, such as when she said the new Democratic House majority had “minority PTSD…. The kind of mindset you develop when you are in the minority is one that really is traumatizing,” she said.

Fox News reported that after Omar had made those comments on Wednesday. Rep Jim Banks, (R-IND) said the Minnesota rep’s remarks at the press conference were a “disgrace” and called them  “offensive to our nation’s veterans who really do have PTSD after putting their life on the line to keep America safe.”

Currently serving as a congressman from Indiana, Banks also served as a member of the Navy Reserve in Afghanistan.

After Banks took issue with her comments, Fox News reported that Omar posted a reply on Twitter, making reference to her youth in war-torn Somalia. After leaving her homeland with her family near the start of the Somali Civil War in 1991, she would spend four years at a Kenyan refugee camp before immigrating to the U.S. in 1995, according to the Fox News report.

“Hi Jim, I survived war as a child and deal with post-traumatic stress disorder—much like many who have served or lived through war,” she wrote in the tweet, which was addressed to Banks but not tagged. “It’s shameful that you as a member of Congress would erase the PTSD of survivors.”