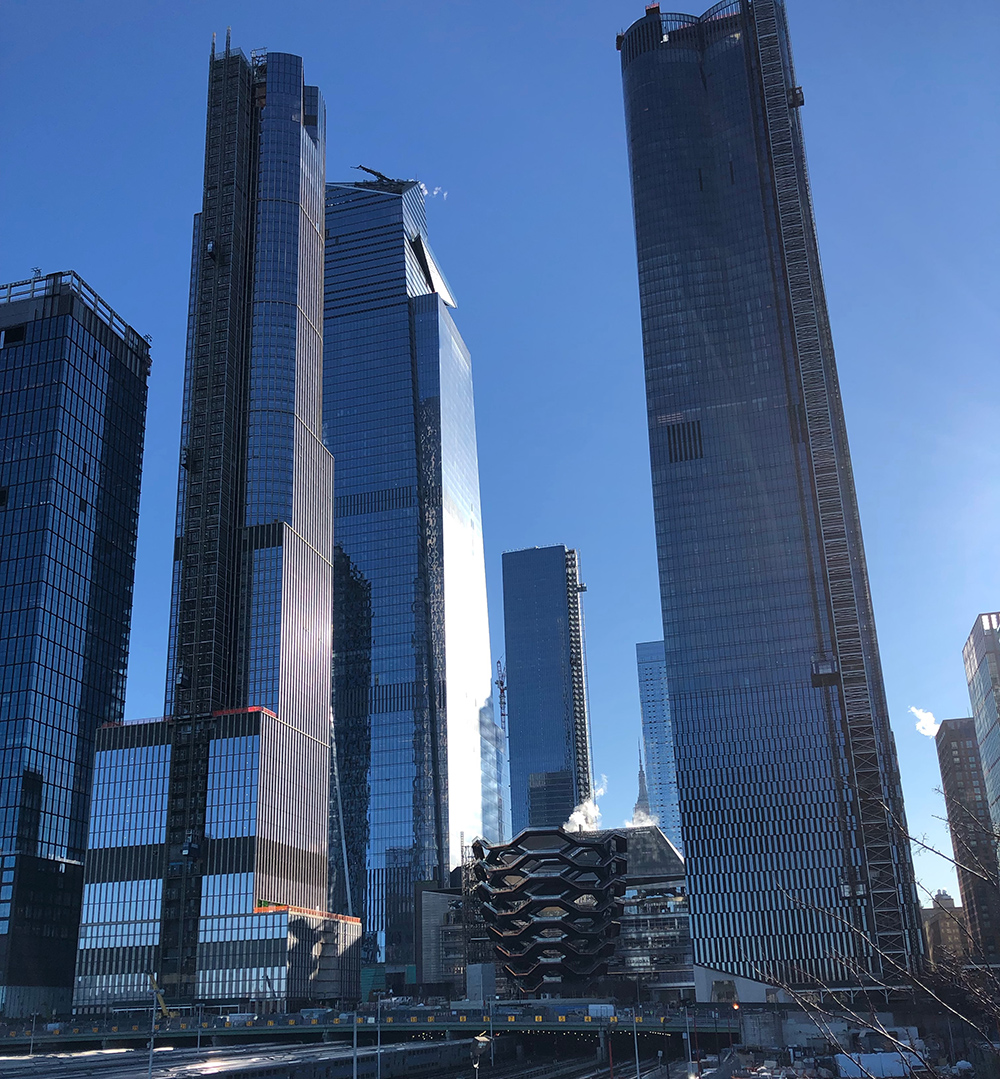 The mini-city taking shape on Manhattan’s Far West Side is becoming a behemoth for big companies like Amazon, Apple, Facebook and Google, whose traditional headquarters are in California’s Silicon Valley. Photo Credit: Wikimedia.com

The mini-city taking shape on Manhattan’s Far West Side is becoming a behemoth for big companies like Amazon, Apple, Facebook and Google, whose traditional headquarters are in California’s Silicon Valley. These four giant companies are expected to have roughly 20,000 workers in New York by the year 2022, mostly concentrated along Manhattan’s West Side.

Hudson Yards has been able to provide a haven close enough to the center of the Big Apple but with the ample space that the big companies need. For instance, when Facebook was looking for another New York office, it needed something big enough to fit up to 6,000 workers or double the number it currently employs in the city. And so, NYC is becoming home to the West Coast technology giants, in a sense rivaling Silicon Valley. NY still has a very long way to go before overtaking the Bay Area as the nation’s tech leader, but it is increasingly competing for tech companies.

This is very good news for NYC. The four big tech companies “attract thousands of out-of-state employees with advanced degrees and work experience, and drive unprecedented influxes in luxury rentals, rent hikes, and the flipping of buildings and private homes,” said Kiana Davis, a policy analyst at the Urban Justice Center.

This growth has come largely without the help of major economic incentives from the city and state governments. NY legislatures proved averse to offering such incentives. When Amazon was offered over $3 billion in public subsidies, it also faced hostility and backlash leading Amazon backed out of the deal. The company has continued to grow its NYC footprint, albeit more slowly. Many legislatures seem to feel like being close to NYC is incentive enough, because of the ready pool of employee talent available in the city and willing to move in. Indeed, last month, Amazon announced that it would lease space for 1,500 workers in Midtown.

Google too has outgrown its NYC space, and is temporarily leasing two buildings. It anxiously awaits the completion of a much larger development near the Holland Tunnel, St. John’s Terminal, where its new office should be ready in 2022. The interesting thing is that this NYC office space is no longer filled predominately with sales and marketing experts. These are highly skilled workers involved in software development. According to the Times, of the roughly 800 job openings that Amazon has in the NYC, more than half are for engineers, developers, and data scientists.

The number of tech jobs in NYC has jumped 80 percent over the past decade, up to 142,600, from 79,400 in 2009, as per the NYS Comptroller’s office. Furthermore, in November, New York had the third-highest number of tech openings of all cities in the U.S., 26,843, only lagging behind San Francisco and Seattle. “You have younger engineers and those sorts of people who frankly want to live in New York City because it’s a more interesting and fun place to live,” said Oren Michels, a tech adviser and investor. “San Francisco is turning into a company town and the company is tech, both professionally and personally.” He says the reason that tech personnel in NYC is increasing is because these employees want to live in NY.

Besides for attracting the biggest tech companies, the NY region is also becoming a boon for startups. From 2018 through the third quarter of 2019, investors poured over $27 billion into start-ups in the region, the second most in that time for any area outside San Francisco, as per the MoneyTree Report by PwC-CB Insights.

This influx of skilled workers will undeniably have an impact on all aspects of NYC life, including the price of residential real estate. “I speak to brokerage groups twice a week, and the conversation is always peppered with questions about the tech sector,” says Jonathan Miller, president of Miller Samuel, a real estate appraisal firm. “If you have 20,000 employees coming in who are high-wage earners, that can have a pronounced impact.”