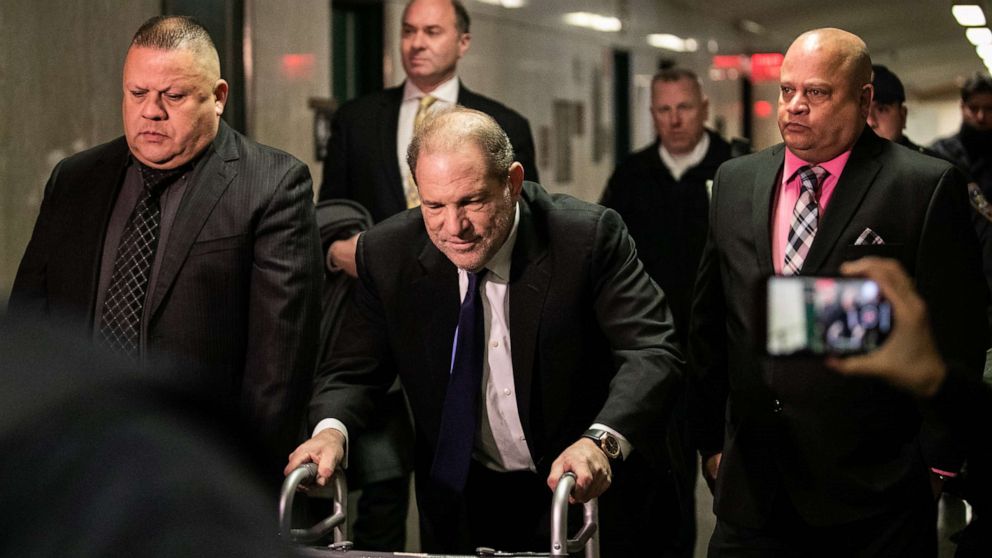 Harvey Weinstein, 67, has been indicted in Los Angeles on charges of raping one woman and sexually assaulting another in separate incidents over two days in 2013. Photo Credit: Getty Images

Harvey Weinstein, 67, has been indicted in Los Angeles on charges of raping one woman and sexually assaulting another in separate incidents over two days in 2013.

Los Angeles County District Attorney Jackie Lacey announced Monday that Weinstein has been charged with one felony count each of forcible rape, forcible oral copulation, sexual penetration by use of force and sexual battery by restraint.

“We believe the evidence will show that the defendant used his power and influence to gain access to his victims and then commit violent crimes against them,” Lacey said in an official statement. “I want to commend the victims who have come forward and bravely recounted what happened to them. It is my hope that all victims of sexual violence find strength and healing as they move forward.”

“On Feb. 18, 2013, Weinstein allegedly went to a hotel and raped a woman after pushing his way inside her room. The next evening, the defendant is accused of sexually assaulting a woman at a hotel suite in Beverly Hills,” reported USA Today. “Prosecutors are recommending bail be set at $5 million. If convicted, Weinstein faces up to 28 years in state prison.”

Deputy District Attorney Paul Thompson argued in his formal application for bail in the amount of $5 million that the disgraced mogul represents a flight risk because of his sizeable personal fortune.

The trial in the New York case is expected to begin properly in about two weeks. Weinstein “has said all his relationships were consensual but admitted that he had ‘caused a lot of pain,’” BBC reported. “His lawyers have vowed to mount an aggressive defense against the allegations he faces, which spurred the #MeToo and Times Up movements against sexual impropriety.”

In all, NPR noted, “eight women came forward in Los Angeles County alleging they had been sexually assaulted by Weinstein, according to Lacey. But, she explained, three of the alleged incidents took place outside of the statute of limitations.”