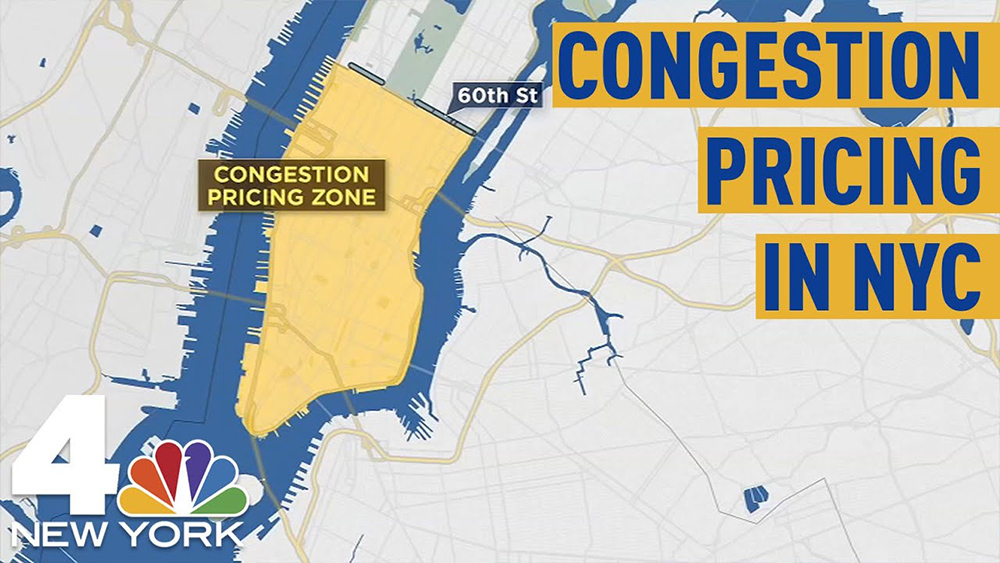 The Committee on Open Government (COG), which is tasked with overseeing and advising the state government, public, and news media on freedom of information, open meetings, and personal privacy protection laws, says congestion pricing tolls to enter midtown Manhattan must be set before the eyes of the public. Photo Credit: YouTube.com

The Committee on Open Government (COG), which is tasked with overseeing and advising the state government, public, and news media on freedom of information, open meetings, and personal privacy protection laws, says congestion pricing tolls to enter midtown Manhattan must be set before the eyes of the public.

It was last fall that the MTA brazenly announced that, in its opinion, the Traffic Mobility Review Board is not covered by the Open Meetings Law, and that its meetings would not be open to the public.

“We want the TMRB’s meetings open to the public. Congestion pricing is going to affect millions of people and provide billions of dollars in revenue to the MTA,” noted Lisa Daglian of the Permanent Citizens Advisory Committee to the MTA. “There will be people who won’t like paying a congestion fee but at least they’ll know how the decisions were made.” She pointedly added, “There should be no back-room deals.”

It was back in last April that it was announced that a comprehensive congestion pricing plan would be included in New York State’s budget. The proposal was said to be timely, as the region’s transit system shows continued signs of deterioration from years of underinvestment.

“New York now joins London, Stockholm and Singapore, who have been using congestion pricing to reduce traffic and invest in mass transit for over a decade,” said the American Council of Engineering Companies of New York in a release. The group is part of the Fix Our Transit coalition, which is comprised of over 100 transportation, environmental, business, labor, clergy, public health and justice organizations that fully back congestion pricing.

“ACEC New York strongly supports New York’s bold action to lead the nation in transit support and effectiveness,” said Jay Simson, President & CEO of ACEC New York. Led by Governor Cuomo, Majority Leader Stewart Cousins and Speaker Heastie, the plan, which features congestion pricing, “will allow the MTA to address critical needs in both maintenance and improvements. This program is the first of its kind in the US and will help all New Yorkers throughout the 21st century. We applaud our leadership for taking this monumental step forward.”

By introducing market-driven pricing for the most congested areas of the city while lowering tolls elsewhere, the group noted, $1.5 billion a year can be raised to fund transportation and transit projects in New York. “The funds generated will be used to maintain, improve and build new transportation systems, which in turn will increase ridership. Less traffic translates into reduced emissions that are harmful to humans. This plan will also enhance economic activity in New York City. Expanded transit services will facilitate commuting as well as trips to Manhattan for recreation and shopping. In addition, the plan has the potential to create approximately 35,000 annual recurring jobs that would stimulate all sectors of the state’s economy.”