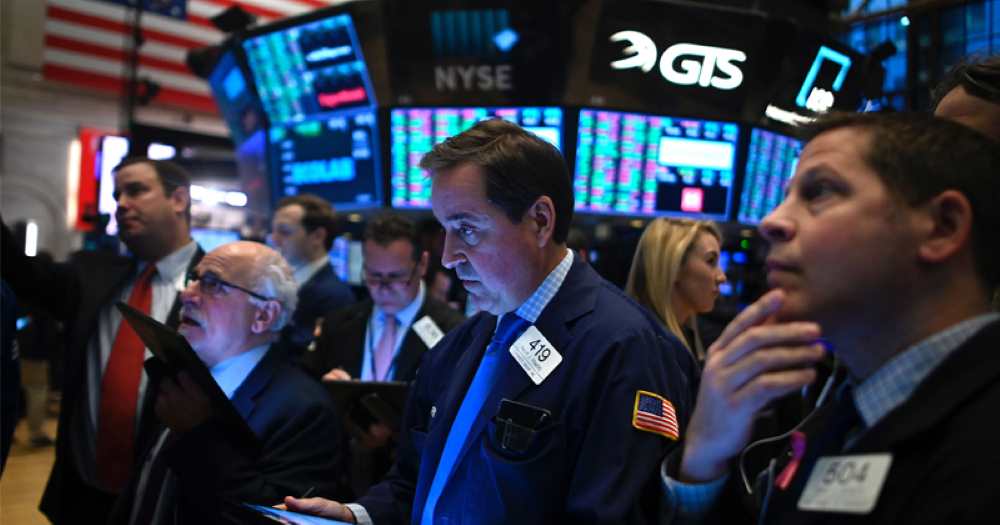 U.S. stocks “capped one of the best years of the past decade with a slight gain, pushing the S&P 500 to an annual advance of 29% and a record $5.9 trillion in value added. The dollar fell for a fourth session and Treasuries slumped,” Bloomberg News reported. Photo Credit: Getty Images

U.S. stocks “capped one of the best years of the past decade with a slight gain, pushing the S&P 500 to an annual advance of 29% and a record $5.9 trillion in value added. The dollar fell for a fourth session and Treasuries slumped,” Bloomberg News reported.

The Nasdaq 100 Index recorded a 38% gain for the year, its best since 2009. Bloomberg’s dollar index was set to end the year lower by about 1% after a 2.9% slump in the fourth quarter. Ten-year Treasuries yielded 1.92%, down more than 75 basis points in the year.

In fact, 2019 was a memorable year for investors. As CNBC – no friend of President Trump – reported, “The stock market boomed in 2019. It was a year that began with investors courting a bear market and ended with the biggest gains from stocks since 2013. Twelve months ago, few could have imagined the S&P 500 delivering a gain of more than 28% in 2019. It was a performance that flirted with the 31% gain of 1997, and one that came very close to topping the 29.6% return of 2013.”

In fact, the Nasdaq “did even better, posting a gain of 35% as money flowed to the tech giants, cementing Apple and Microsoft’s position as trillion-dollar companies. The Dow Jones Industrial Average was up 22%.”

“What a difference a year makes,” gushed USA Today. “After teetering on the brink of a major downturn in the final months of 2018, the stock market bounced back and thrived in 2019, extending its reign as the longest bull market in history. And if it continues into March 2020, that bull would turn 11 years old. For now, it appears investors have shaken off those late 2018 fears of a looming recession and a trade war with China. And with the Federal Reserve trimming interest rates during the summer and fall, the anxiety about rising borrowing costs has also eased.”

Optimism that 2020 will follow suit is widespread, due largely to the looming trade deal with China. President Trump just tweeted that “I will be signing our very large and comprehensive Phase One Trade Deal with China on January 15. The ceremony will take place at the White House. High level representatives of China will be present. At a later date I will be going to Beijing where talks will begin on Phase Two!”