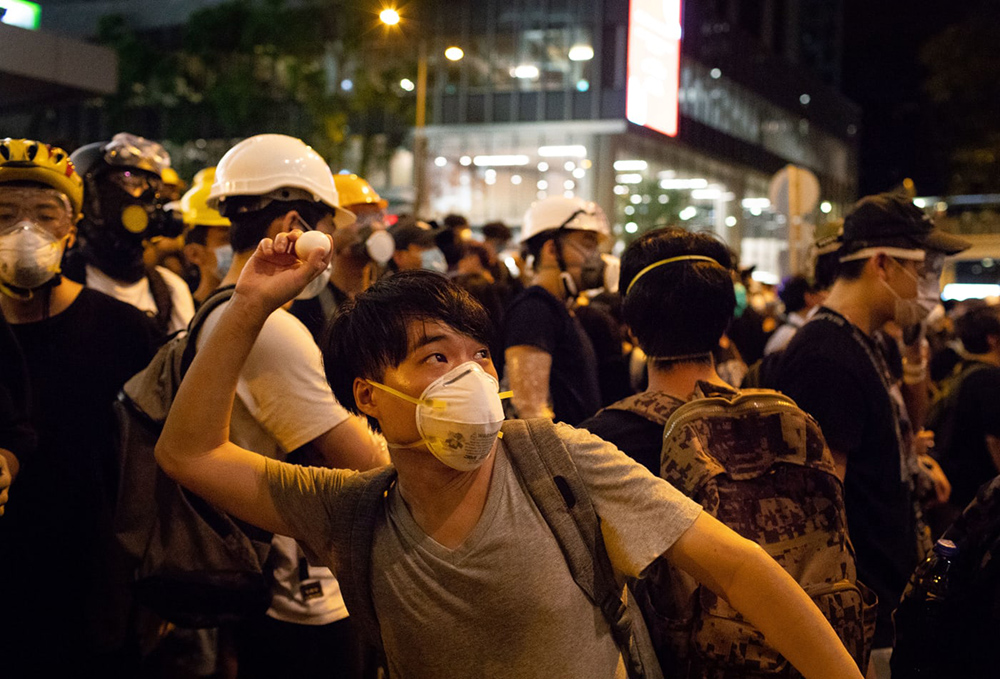 Strange then, that the citizens of Hong Kong, mainly the youth of that city, are demanding freedom and defending their capitalism by waving American flags and actually singing our National Anthem, in the streets, dangerously, right in front of armed Chinese troops and police. Their lives are on the line. Photo Credit: Getty Images

The mainstream media and Leftists will tell you that our beloved country is hated and despised by the rest of the world. “We are being isolated by our friends!” they blare at us in newsprint and electronically. They support the women’s marches of discontent, college student protests against free speech and lash out against and bemoan the hard line stance our president is taking against the dictatorial likes of China, Cuba, Venezuela and the Iranian, mullah controlled regime.

So, isn’t it ironic that around the world, the movement for American styled freedom is exploding like crazy. Strange then, that the citizens of Hong Kong, mainly the youth of that city, are demanding freedom and defending their capitalism by waving American flags and actually singing our National Anthem, in the streets, dangerously, right in front of armed Chinese troops and police. Their lives are on the line.

Just compare these patriots to the likes of our own Colin Kaepernick, a professional ballplayer who earned 12 million bucks in his last season who took a knee during the playing of the anthem preceding a game and demeaned our way of life to the media. He hates America along with his supporters who number many, even in the halls of our Congress. We have it and don’t want it, and those who are enslaved will put their lives on the line for it. Figure that one out.

The ordinary people of Tunisia, Syria and Russia are also running great risks just to get a taste of the freedoms we take for granted. In Iran, the Mullahs are trying to stem the outrage of their citizens who clamor for basic human rights and the necessities of life. People wonder where the billions handed over to that country by our own previous administration went. They are screaming out for liberty and our style of democracy. In this age of advanced electronic communication they know they are governed by despots who deprive them of the basic freedoms that we Americans enjoy as a matter of course.

We are the envy of the world, yet many among us call for Marxist style Socialism to replace the capitalist system that has made us, over the past nearly 250 years, the greatest country on this planet. Many current presidential aspirants who have benefited well from our economic system clamor for change. And those in their ranks should take a second look at the real world around them and compare the gifts that have been bestowed on us and thank G-d that they live within the borders of the greatest nation this world has ever seen. May G-d continue to bless and watch over us, one and all.