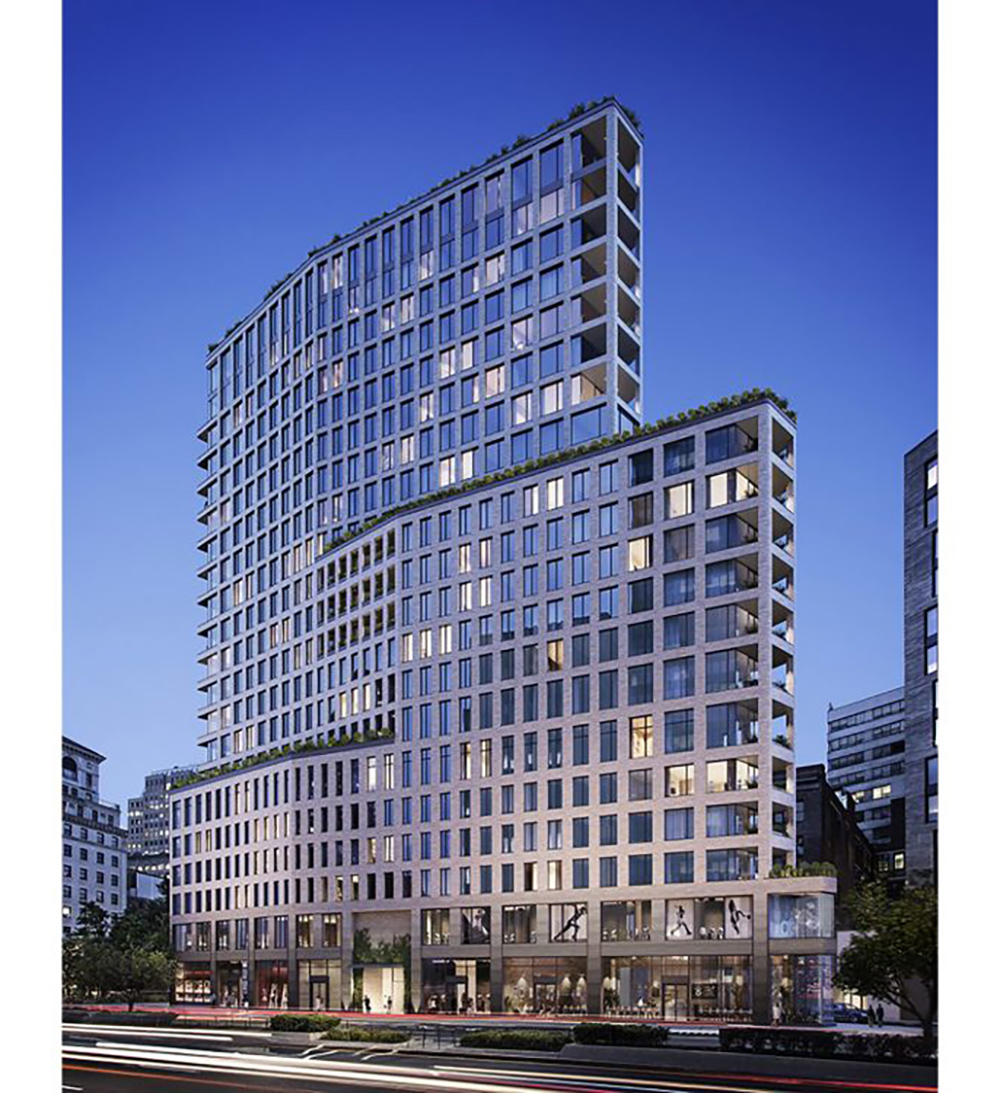 The planned 21-story tower at One Boerum Place in Downtown Brooklyn is close to topping out. The triangular shaped parcel of land situated atop Borough Hall Station, is starting to rise up above the masses. Photo Credit: fenaghengineering.com

The planned 21-story tower at One Boerum Place in Downtown Brooklyn is close to topping out. The triangular shaped parcel of land situated atop Borough Hall Station, is starting to rise up above the masses. The project site, which is flanked by Boerum Place, Red Hook Lane, and Fulton Street, is being developed in partnership by Avery Hall Investments, Allegra Holdings, and Aria Development Group. They have tapped SLCE Architects to design the e mixed-use condominium building. One Boerum Place is slated for completion sometime within the first quarter of 2021.

As reported by NY Yimby, construction on the superstructure is rising rapidly and has surpassed the south-side setback. There are less than five floors left in the exterior’s construction to build, which should take another few weeks. They broke ground, starting construction in March 2019. The project’s total cost is being approximated at roughly $250 million. The partners have landed a construction loan for the amount of $165 million from Jutland Finance.

Back in December 2016, the group of investors, led by Avery Hall, purchased development site for $76.5 million from Brooklyn Law School. The block-front property was coupled with 50,000 square feet of air rights from nearby sites. When it’s ready, the building will span a total of 240,000 gross square feet.

Once completed, Boerum Place will offer close to 22,000 square feet of retail space at the base, as well as 183,000 square feet of residential space. There will be a total of 122 residential units, which will include one-, two-, and three-bedroom options. The building will boast a two-story fitness center, swimming pool, sauna, entertainment lounge, children’s playroom, and a landscaped rooftop deck with an outdoor kitchen and seating area. It will also feature a 24/7 doorman and concierge service, a parking garage, and storage room. The building’s location adjacent to the Brooklyn Bridge, will afford it best-in-class views of the Big Apple’s skyline. Situated at the nexus of Cadman Plaza and the Fulton Mall, it will be a shoppers paradise. It will also be an easy commute with 8 subway lines just one minute away.

“Given that One Boerum is the gateway to the Fulton Mall, the highest and best use for the site is a retail and residential development – strategically, it just made sense,” Savills Studley’s David Carlos, who represented Brooklyn Law in the property sale, had said.