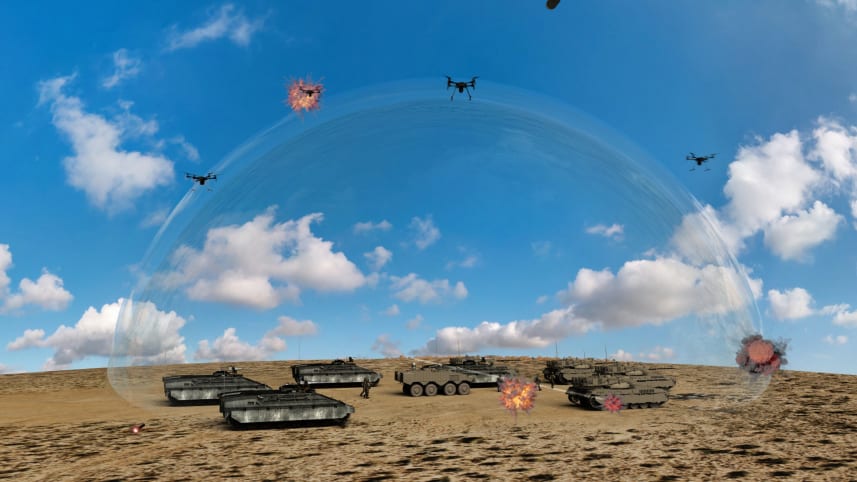 The Directorate of Defense Research and Development (DDR&D), at the Israel Ministry of Defense revealed that a technological breakthrough has been achieved in the development of lasers for the interception of RAM (rocket, mortar, and artillery) threats, UAVs, and ATGMs, according to a report on the Israel National News web site.

Head of the Directorate of Research and Development in the DDR&D, Brig. Gen. Yaniv Rotem stated: “We are entering a new age of energy warfare in the air, land and sea. The R&D investments made by the DDR&D in the last years have placed the State of Israel among the leading countries in the field of high-energy laser systems. Throughout the year 2020 we will conduct a demo of our capabilities.”

“In the future, we would also like to see it airborne on aircraft and even use it as an offensive weapon,” Rotem said.

According to Israel’s Channel 13, the technological development will enable the long-range targeting and stabilization of laser beams, allowing them to intercept targets at great distances, as was reported by Algemeiner.

Ha’Aretz reported that the breakthrough in the Israeli effort came about a year and a half ago, when the Israeli developers created technology to focus and stabilize the laser beams over distances (and overcoming atmospheric disturbances). That led to the development of effective interception technology capable of providing a new layer of defense for Israel on land, at sea and in the air.

The goal is to use the laser-based system against Qassam rockets, such as those that have been fired into Israel from the Gaza Strip, as well as against mortar shells, anti-tank missiles and drones, according to a report on the Ha’aretz web site.

Today the DDR&D in the Israel Ministry of Defense revealed its investment in laser technology, which has led to the technological breakthrough that will enable the development of platforms to intercept a variety of threats. Based on high-energy lasers, this technology will prompt a strategic change in the defense capabilities of the State of Israel.

As a result of the aforementioned technological breakthrough, the DDR&D has launched three programs for the development of high-energy laser demo systems in cooperation with defense industries, Rafael and Elbit Systems:

“This is a significant advance in strengthening the security of the State of Israel,” he added. “Alongside the existing weapons of war, we have added a laser sword against our enemies in the north and south.”

The only laser-based military system that has been deployed anywhere in the world is one used on American ships, but it is only effective on relatively easy targets, such as rubber dinghies, and at short ranges, according to the Ha’aretz report.