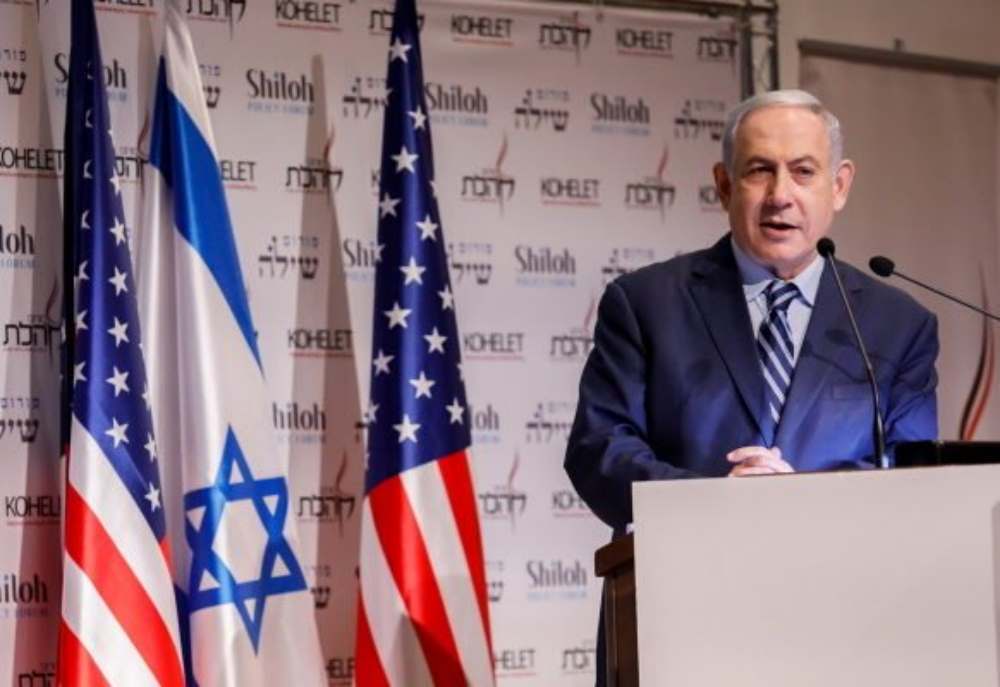 “President Trump should be congratulated for acting swiftly, boldly and resolutely,” the prime minister said in a speech in Jerusalem.

Though Israel has tried to keep a low profile in the aftermath of the U.S. killing of Iranian Quds Force commander General Qasem Soleimani last week, Prime Minister Benjamin Netanyahu made it clear on Wednesday that he believed that the targeted killing was a wise move.

“Qassem Soleimani was responsible for the death of countless innocent people. He destabilized many countries. For decades, he sowed fear and misery and anguish and he was planning much worse,” the prime minister said in a speech in Jerusalem.

“President Trump should be congratulated for acting swiftly, boldly and resolutely against this terrorist-in-chief who was the architect and driver of Iran’s campaign of carnage and terror throughout the Middle East and throughout the world,” Netanyahu added.

The prime minister reportedly told cabinet ministers following Friday’s attack to refrain from publicly stating their opinions on the matter to avoid giving the impression that the Jewish State was somehow involved in the air strike.

However, in his address on Wednesday to the Kohelet Policy Forum conference at the Menachem Begin Heritage Center, Netanyahu said: “What I am saying here today, openly, and what I have said in recent days, many, many leaders in the Middle East think. It is very important to say that Israel stands completely beside the United States.”

Speaking of the regional conflict, Netanyahu said that “on one side is radical Islam led by Iran, which seeks to grasp large sections of the area by means of murderous terrorism, and to grasp, strangle and eliminate us, because they understand that the strongest force of Western culture is here, in the State of Israel.”

Seemingly alluding to Muslim states with which Israel has been establishing ties, often behind the scenes, to counter the Iranian threat, Netanyahu referred to “the pragmatic camp that is threatened by Islamic extremists. This camp well understands the campaign for existence, for life and for the future. The State of Israel is the anchor of stability in these stormy waters.”

The Israeli premier issued a warning that the Jewish State is “determined and strong,” adding that “whoever tries to attack us will receive a crushing blow in return.” (World Israel News)