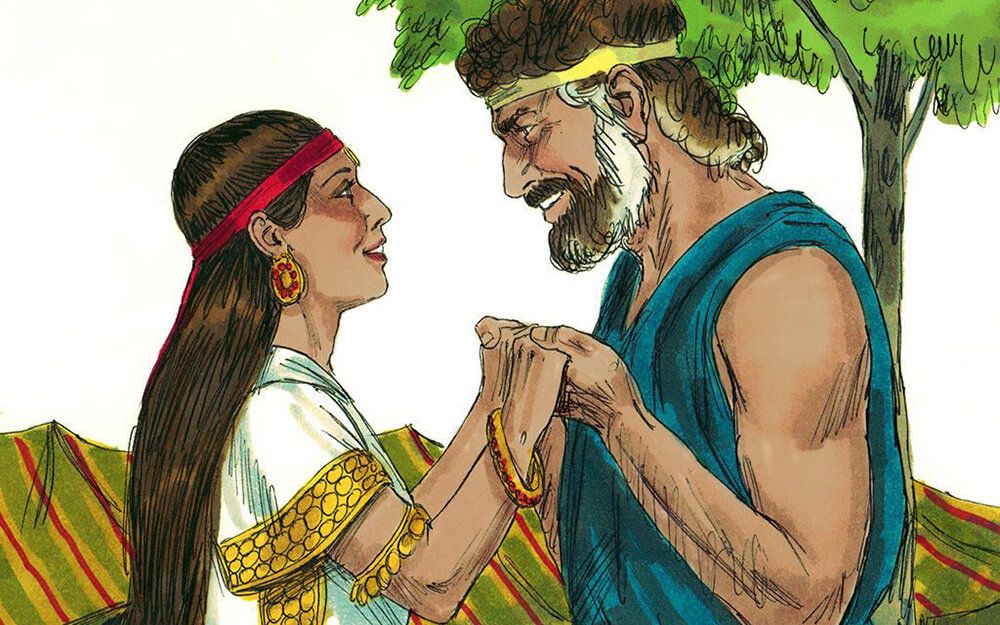 Yaakov's first encounter with his future wife Rachel was significant, encompassing varied emotions, each of which merits lengthy discussion. Upon greeting her at a well, Yaakov feeds her sheep, kisses her, cries, and then identifies himself as the brother of her father. (Genesis 29:11-12)

Yaakov’s first encounter with his future wife Rachel was significant, encompassing varied emotions, each of which merits lengthy discussion. Upon greeting her at a well, Yaakov feeds her sheep, kisses her, cries, and then identifies himself as the brother of her father. (Genesis 29:11-12)

Such classification needs explanation. Yaakov was not a brother of Rachel’s father Lavan: he was a nephew, the son of Lavan’s sister, Rivka.

Why, then, did Yaakov refer to himself as a brother of Lavan? The Talmud in Megilah explains that Lavan’s notorious reputation preceded him. He was nicknamed Lavan HaArami, or Lavan the charlatan. He was known not only to be avaricious, but to be unscrupulous as well. Yaakov wanted to lay the ground rules with his future bride.

What needs clarification, however, is why begin a marital relationship on such a note. What precedent is Yaakov setting with such a powerful declaration?

Rabbi Meir Shapiro (1887-1933) was a leader of Polish Jewry in the years before World War II. In addition to being the chief Rabbi of Lublin, building and maintaining one of the world’s largest and most beautiful yeshivos, Yeshivas Chachmei Lublin, he was also one of the first Orthodox members of the Polish parliament, the Sejm. He was a courageous leader whose vision and unwavering commitment to Torah values gained him the respect of Jews and gentiles alike.

During his first weeks as the leader of the Orthodox Jewish delegation, Rabbi Shapiro was approached by a Polish parliamentary deputy, Professor Lutoslawski, a known anti-Semite whose devious legislation constantly deprived minorities of their civil and economic rights.

Standing in front of a group parliamentarians in the halls of the Sejm, the depraved deputy began. “Rabbi,” he shouted, a sly smile spreading across his evil face. “I have a wonderful new way for Jews to make a living — they can skin dead dogs.”

Without missing a beat Rabbi Shapiro shot back. “Impossible, their representatives would never allow it.”

The Professor looked puzzled. “Whose representatives? The Jews’?”

Flustered, the vicious bigot tried one more. “Well, my dear Rabbi,” he continued sarcastically. “Do you know that on the entrance gate of the city of Schlesien there is an inscription, ‘to Jews and dogs entrance forbidden?'”

Rabbi Meir just shrugged his shoulders. “If so, I guess we will never be able to visit that city together.”

Needless to say, nary an anti-Semitic word was ever pointed in Rabbi Meir’s direction again.

Yaakov knew that to initiate his destiny in the confines of a hostile environment he should proclaim the rules loud and clear. He would not allow himself to be swayed, duped, or connived by even the master of deception and ridicule, Lavan the charlatan. In forging the household that would be the basis for Jewish pride and eternity. Yaakov had to make it clear to his future bride that he too could play hardball. He sent a message of pride and awareness to his descendants. Though this Jew who sat in the tent would enter his new environment with brotherly love, if he needed to, he could just as well be a brother in scorn.