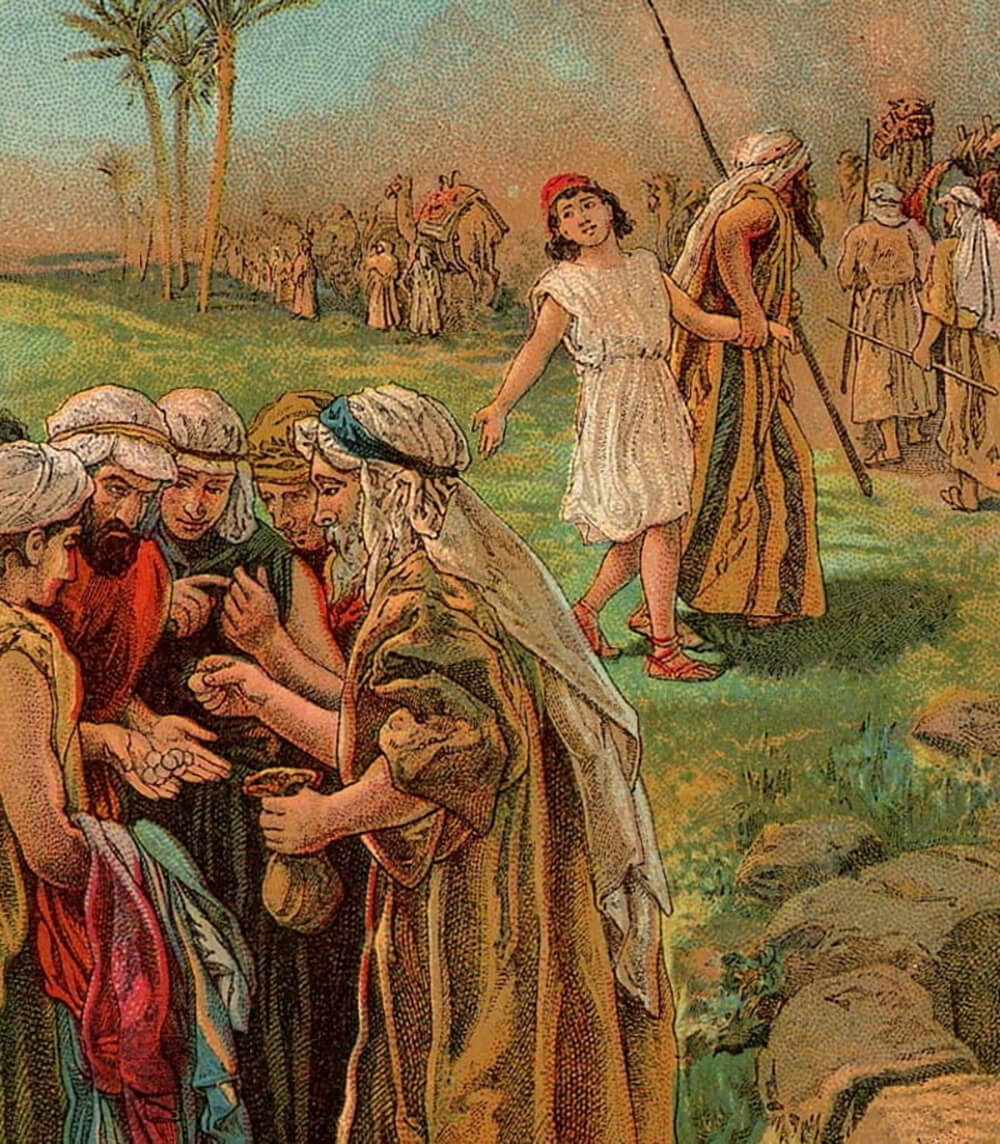 The story begins when Yosef is 17 years old. He is sold into slavery at 18 years of age. The libelous wife of Potifar accused him of immoral advances and he is imprisoned for 12 years.

“…They raised their eyes and they saw, behold! — A caravan of Ishmaelites was coming from Gilead, their camels bearing spices, balsam and lotus…” Beresheet 37:25

The drama and intrigue of the story surrounding the relationship between Yosef and his brothers fascinates every year as we read the parashiyot [weekly Torah portions] that detail the chain of events that began with a multi colored coat and dreams of greatness and ended with the migration of Yaakob and his entire family to sojourn in Egypt. The story begins when Yosef is 17 years old. He is sold into slavery at 18 years of age. The libelous wife of Potifar accused him of immoral advances and he is imprisoned for 12 years. After his release, Hashem provided 7 years of bounty as predicted by Yosef in his interpretation of Par-oh’s dream. Then two years of famine wherein the brothers come to buy food and are outwitted by Yosef.

It is 22 years from the start of our plot that Yaakob Abinu a’h moves his family and his property from Canaan to Goshen. In the verse cited above the Torah gives a seemingly unimportant listing of the cargo the caravan was transporting to Egypt. Rashi, however, finds significance in the freight. He explains that the caravans usually carried unpleasant smelling fuels like naphtha but because Hashem did not want Yosef to feel ill He sent a group of merchants who — NOT COINCIDENTALLY — were carrying pleasant smelling merchandise

When Yosef interpreted the dream of Par-oh the sovereign decreed that the young Jew would direct the economy of his country to insure that the bounty of the 7 years of plenty would be preserved to feed the population during the years of famine. In a seemingly insignificant royal decree Yosef’s name was changed by Par-oh to Safenat Paneah. The importance of this change did not become apparent until NINE YEARS LATER when the brothers were duped by the masquerade of Yosef. They stood in fear before the Minister — Safenat Paneah — not before their younger brother Yosef. The commander of history set the plan in motion years earlier in order to get Yaakob Abinu a’h to come to Egypt willingly.

Another example of the Lord’s complete control of events here on Earth is the proximity of the false accusation of Potifar’s wife to the arrest of the two royal ministers. Rashi points out that Hashem arranged for the scandal of the crimes of the royal baker and the royal wine steward to take place immediately following the slanderous accusations made against Yosef in order to take the public’s attention away from the righteous Yosef. Human nature is such that people like to talk about the “latest” news and so Hashem provided a new “hot” story to distract the people’s attention away from Yosef. This is an example of His control of the news for the sake of the sadeek.

One must not overlook the crimes of these two criminals. The wine steward had the gall to serve the monarch a cup of royal wine with a fly in it. The royal baker served the king some bread with a pebble in it. Each servant was arrested for his negligence. These details are so familiar that one might — as the Messilat Yesharim says — “Not pay proper attention because of familiarity.” Think for a moment! How often we say, “There are many messengers for G-d.” But to what degree? A pebble and a fly strategically placed by our Creator in the wine cup and the bread of Par-ah bring about the release of Yosef from the pit to the throne. Such is the Providence of G-d.

One must keep in mind that our holy Torah is not a history book and certainly not a storybook. It is a teaching book — one that directs us in how to do the will of Our Creator — in deed and in character development. The intricate story line is laden with details — each geared to teach us how to understand the will of G-d. Rabbi Avigdor Miller a’h pointed out that the amount of space devoted to a lesson highlights its importance in the eyes of G-d. The Hashgahah Peratit — divine providence — with which G-d controls His creation, is woven through entire fabric of the Torah. In the weeks in which we read the story of Yosef through the Exodus from Egypt and the Splitting of the Sea it is the primary subject presented to us. We should all take note — study and grow closer to the One who made us all — He is the boss — He is in command – He is protecting each and every one of us ALL OF THE TIME..