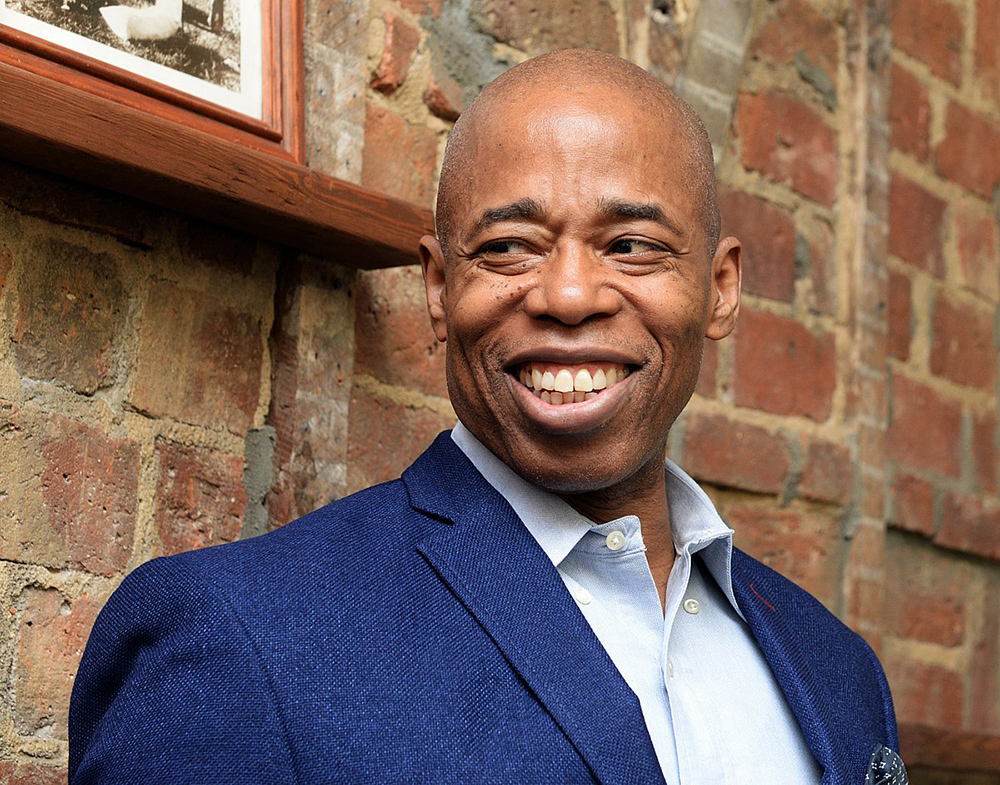 Brooklyn Borough President Eric Adams spends tax-payer dollars mailing out the free paper, entitled “One Brooklyn.” The “newspaper”, published by Schneps Media, fixates most of the “articles” on policies, accomplishments and photos of Adams, unabashedly promoting him ahead of his likely bid for Mayor in 2021. Photo Credit” Wikipedia

Brooklyn Borough President Eric Adams spends tax-payer dollars mailing out the free paper, entitled One Brooklyn. The “newspaper”, published by Schneps Media, fixates most of the “articles” on policies, accomplishments and photos of Adams, unabashedly promoting him ahead of his likely bid for Mayor in 2021.

As reported by the NY Daily News, Adams’ office said it sends “most” of the content published about the BP to Schneps and pays the postage to distribute the paper to roughly 148,000 Brooklyn households. Since the paper’s inception in 2014, the office has spent close to $503,000 in taxpayer dollars on postage for the semi-regular publication. In the meantime, the local media company procures all the undisclosed ad revenue that the paper makes after the costs of printing. The 36 page publication usually includes about 20 ads.

Now, good government advocates are speaking up alleging that the setup is ripe with conflict. “This is a private enterprise profiting off the use of public funds and that’s wrong,” said Betsy Gotbaum, who leads good-government group Citizens Union. Notwithstanding, the city’s Conflicts of Interest Board has determined the newspaper has a permissible public purpose and considers its publication an “in-kind” gift or contribution to the city.

“The COIB is dead wrong and should never have secretly permitted this. This is a violation of the ban on gifts to public servants. There is no way a publication which largely promotes BP Adams is somehow a benefit to the City,” said Alex Camarda, a senior policy adviser for good government group Reinvent Albany. “It undoubtedly benefits BP Adams personally by increasing his visibility for his mayoral campaign.”

Schneps publishes a total of 33 papers in New York City and Long Island, six of them Brooklyn-based and they all regularly cover Adams. Schneps also recently purchased the amNew York paper from Newsday.

“Schneps Media, which otherwise publishes reputable and valued community newspapers in this city, is sullying its reputation by publishing this thinly-veiled promotional publication masquerading as a newspaper,” Camarda said. “Lobbying regulators may view Schneps as running afoul of the exemption for newspapers in the state’s lobbying laws by promoting the agenda of BP Adams. It ought to cease publication immediately.”

Adams’ senior adviser Stefan Ringel defended the setup, explaining that borough presidents don’t have a budget for mailing newsletters to constituents like other city and state elected officials do. Although the other four borough presidents don’t use this means of publication for outreach, the former Brooklyn Borough President also had a mailed newspaper published by another local media group.

“We are proud to have created a partnership with a local media business that assumes the costs of designing and printing this publication, a method that comparatively saves thousands of taxpayer dollars,” said Ringel. “We encourage other elected officials to create similar partnerships, particularly at this time when our vital local media businesses are facing so many challenges.” He added, “The independent COIB is the ruling authority and the final word, and they are clear that this way of educating the public while saving taxpayer money is appropriate.”